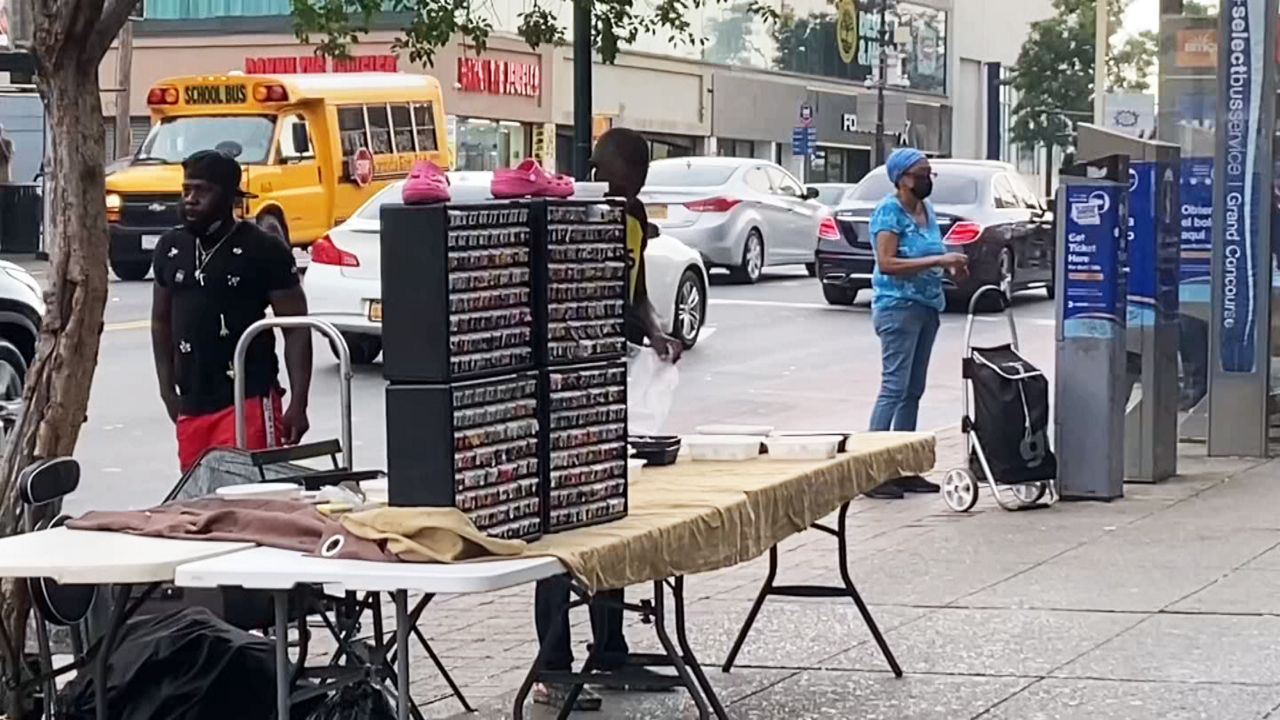 Fordham Road has seen an increase in the number of unlicensed street vendors and not everyone is happy about it. Photo by Amy Yensi

BRONX, N.Y. — If it exists, you can probably buy it on Fordham Road, a top shopping destination in the Bronx. Wilma Alonso has been the executive director of the local Business Improvement District since 2005 and says she’s never seen so many street vendors.

According to the local BID, 230 storefronts are outnumbered by more than 240 people who sell on the street.


“That is unfair competition," said Alonso. "I think we understand that street vendors are part of the fabric of New York City but it cannot be at the expense of local business owners. It can’t. Local businesses were hurt a lot during the pandemic and they were asked to re-adapt, to comply with a lot of rules and regulations and they did an excellent job."

One store owner did not want to show his face for fear of retaliation. He says he can’t compete with the street vendors deep discounts.

“Sometimes they sell the same merchandise that they sell inside the stores," he said. "Whatever they sell outside is basically for free. They make a couple of dollars and store owners pay a lot of rent.”

Some business owners say they don’t have enough sidewalk space to take part in city pandemic programs like open storefronts, which allows them to use the area outside of their shops to sell merchandise.

“Very crowded, when it gets busy. So people cannot walk. I tell them sometimes to push the tables to the edge of the sidewalk so people can move around,” said the store owner who asked to not be identified.

The street vendors versus store owners on Fordham Road have gained the attention of Mayor Bill de Blasio.

“What we are doing now is a civilian approach now with the Department of Consumer and Worker Protection. They have the power to levy the fines and that in many cases works when it doesn't work we are going to have back up from the NYPD,” said the mayor.

Alonso says that enforcement isn’t happening because DCWP doesn’t have the authority to require proof of identity when issuing fines.

“They have been writing summonses to Joe and Jane Doe’s and that is completely unacceptable," she added.

Even some of the street vendors NY1 spoke with acknowledge that there are too many tables crowding the sidewalks, but say the city should expedite the process of issuing legal permits. That process has been in limbo since the pandemic started.