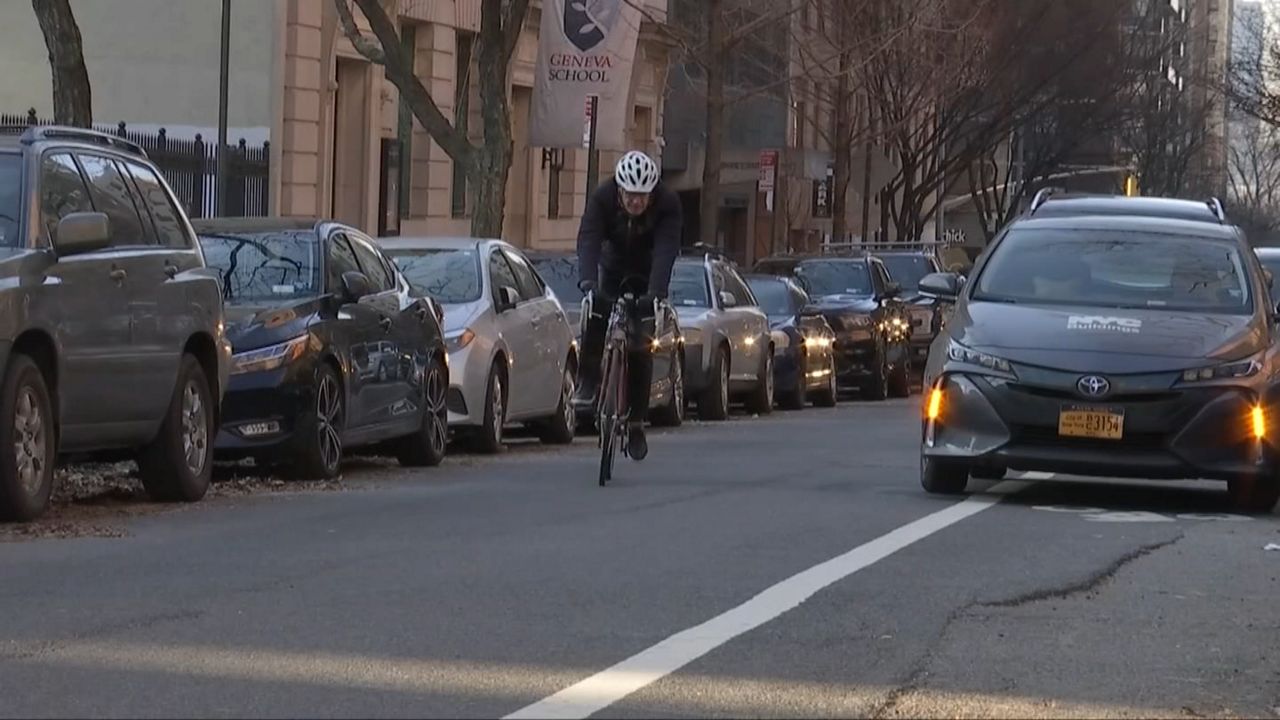 City officials want to clear bike lanes of parked cars and delivery trucks by using an automated camera system, ending a safety hazard that is the scourge of cyclists, like Andrew Woolward.

"It forces me, as a cyclist, onto the sidewalk or into the middle of traffic and it's very, very frustrating to navigate cars parked in the bike lanes, especially the delivery trucks, too," Woolward said.

It's a fact of life on the streets.

The number to nearly 8,400 calls in 2020. The drop off came after coronavirus restrictions went into effect.

At a City Council hearing Tuesday, the city's acting Transportation Commissioner Margaret Forgione said an automated system, similar to the city's bus lane camera program, could be a solution to the enforcement problem.

"We're very interested in automated bike lane enforcement and I think it's something we're going to give some serious thought to going forward," Forgione said. "I definitely want to acknowledge that we seek to do better, as a city, in terms of enforcement to keep people safer."

Still, the acting commissioner came out against legislation that would create a new violation for obstructing a bike lane, bus lane, sidewalk or crosswalk, and impose a $175 fine.

The legislation also would also require the Transportation Department set up a complaint system for New Yorkers to report bike-line violators and get a 25% cut of any fine paid.

"We truly see a very concerning result of citizen-on-citizen assaults. Verbal assaults, which are one thing, but most concerning, physical assaults," Forgione said.

Councilman Steve Levin of Brooklyn, the bill's sponsor, said his legislation is the result of years of the city doing little to stop drivers from misusing parking placard privileges and flouting parking rules.

"This was not the first-step solution or the second, but years of agencies failing to keep our streets free from obtrusive and harmful parking has made this bill a necessity," Levin said.

The NYPD's new Transportation Chief Kim Royster testified that she will make police supervisors accountable for keeping officers from blocking bike lanes and bus stops, saying that illegal parking "erodes the trust" with the community.