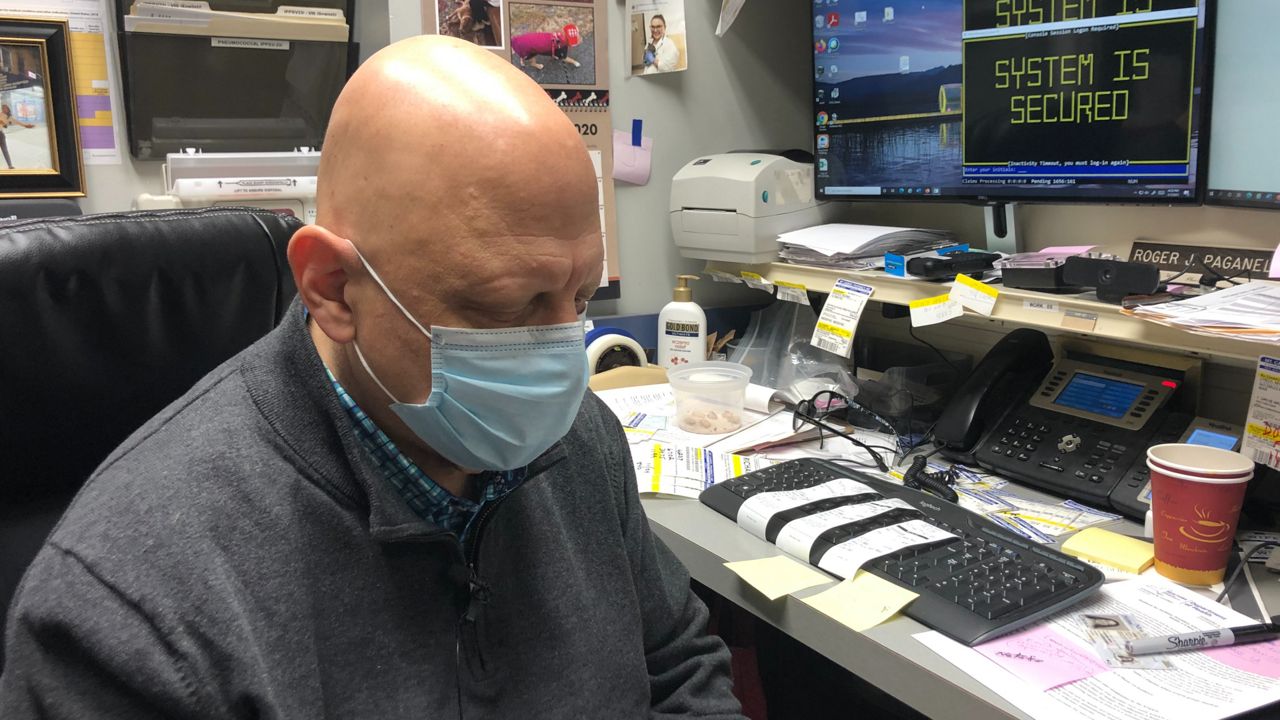 Local Pharmacists Seek to be Part of COVID-19 Vaccination Process

Running a pharmacy is in Roger Paganelli’s blood and bloodline.

He’s the co-owner of Mt. Carmel Pharmacy, which has been a neighborhood institution for the last 57 years.

He and his brothers have run the store for the last 30 years, they took over the business that their father, also a pharmacist, started in the Belmont section of the Bronx.

Paganelli’s staff is close with their customers and when the coronavirus pandemic hit, the neighborhood and the pharmacy’s client base was devastated.

Now Paganelli is trying to be part of the solution and has been preparing for the role his pharmacy will hopefully play in distributing the vaccine.

“I just finished a webinar with a national vaccine partner who is part of the CDC vaccine administration program,” said Paganelli.

The problem, according to local pharmacists, is that state and federal officials haven’t given them a timeline for when they might get doses of the vaccine.

Right now, the federal government has contracted only two for-profit pharmacy chains to administer the vaccine, including CVS and Walgreens.

The president of the Pharmacists Society of the State of New York said he wants independent pharmacies like Mt. Carmel to be utilized as well.

“We have over 2,000 pharmacies in NYS that are independent pharmacies, that are community-based pharmacies, so that’s a lot of vaccination centers,” said Tom D’Angelo, the president of the Pharmacists Society of the State of New York.

However, getting independent pharmacies into the mix isn't a given.

D’Angelo told NY1 that New York State pharmacists aren’t automatically eligible to administer the vaccine and have to go through an additional approval step, which still needs to happen.

“It has been a little slow...I wish it would be faster,” said D’Angelo.

Both D’Angelo and Paganelli added that independent pharmacies have the trust of their clients.

They said that trust is something that could prove invaluable in trying to encourage people, who don’t trust the vaccine, to get it.

“You’re talking about community pharmacies that have been there for generations. We know their kids. We know their father, their mother, you know the parents. They come into our pharmacies. We’re the most accesible health care provider,” said D’Angelo.

Paganelli hopes that getting permission to administer the vaccine will be the financial “shot in the arm” his business needs to make it through the pandemic.