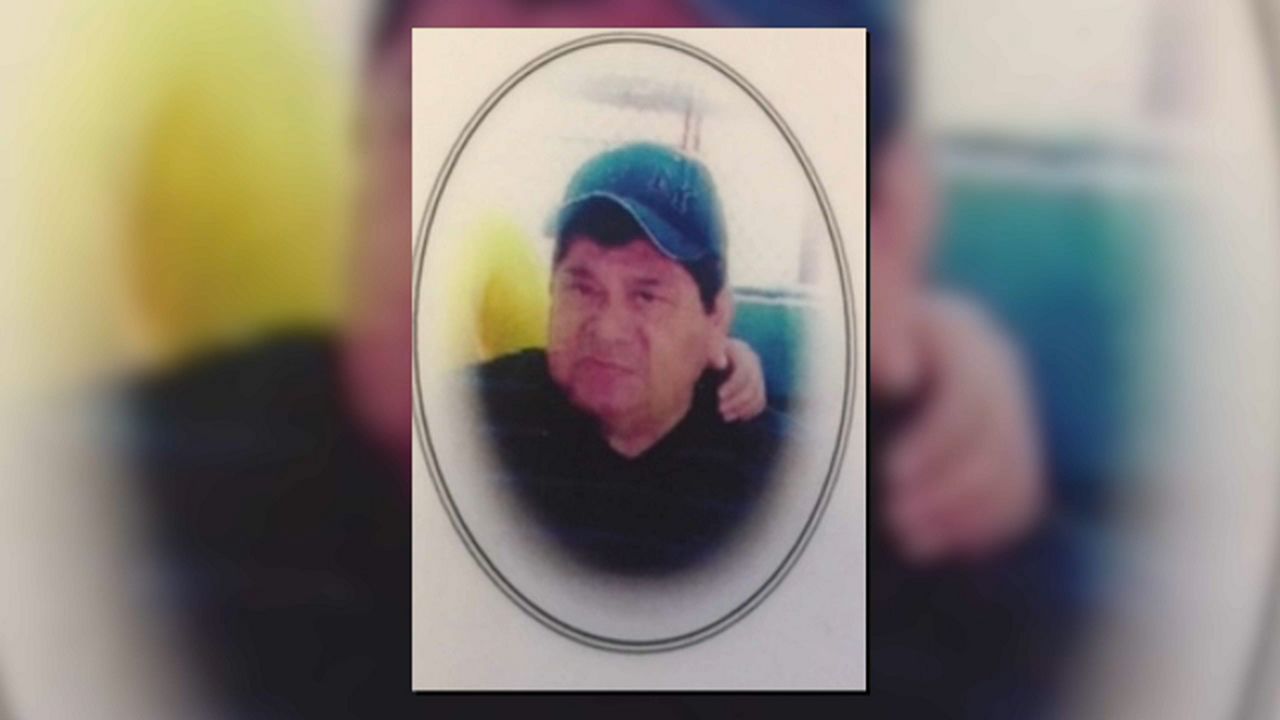 "It's a horrible feeling, the way he died. He didn't deserve that," said Yeudy Sanabria.

Sanabria never imagined his father would die at the hands of police — much less inside his own home.

"If they were looking for drugs, guns, you're just not going to go and kill people," Sanabria said.

69-year-old Mario Sanabria was killed Dec. 5 when an NYPD emergency service squad executed a warrant at the Bronx apartment he shared with his elderly brother-in-law last week.

Police say he came at the officers with a machete. But Sanabria's roommate, Natalio Conde, had this to say about the police account of the shooting:

"It's a lie," Conde said through a translator.

"Heard my uncle say in Spanish, 'Que paso?' and then right afterwards, 'What happened?' and then he heard the shot," Conde's son said, translating his father account of the shooting.

Conde said a machete police say the found was in the apartment but not in Mario Sanabria's hands.

"What excuse can you give for shooting an old man? They searched the house, they found a machete — 'You know what, let's say he swung a machete,'" Miguel Conde said.

Sanabria's relatives say the story is a cover, blaming the squad for rushing in on a bad tip from a confidential informant.

"They apparently went on their own at 4 o'clock in the morning with a no-knock warrant," said Robert Vilensky, the family's attorney.

"They were looking for a guy named Daniel Conde," Miguel Conde said. "We have nobody in our family named Daniel."

They also blame police for going in without tasers or body cameras.

"Even if you believe their story, if they had a taser, they could have tased him," Vilensky said.

Yeudy Sanabria says his father was a retired police officer himself, having served as a lieutenant in his native Honduras, and would never have challenged police.

"I just want justice. Get to the bottom of this, how this happened," Yeudy Sanabria said.

This incident is under investigation by the NYPD's Force of Investigation Division and the Bronx district attorney's public integrity bureau.

The family plans to file a wrongful death suit, saying the officer who shot Sanabria should be off the streets.

UPDATE, 12/18/17: In response to this story, which originially aired on December 15, Michael Palladino, president of the Detectives' Endowment Association, issued a statement, which reads:

"We had a legitimate search warrant and Emergency Service detectives followed their search warrant entry training to the letter. Once inside, they had to make a split second decision in the dark with a man refusing to drop a 24 inch machete so our detective acted correctly. We’re not looking to kill anyone but I don’t want to see our people seriously injured or killed either. When technology develops a way that allows us to instantaneously take down armed individuals without injuring them we will use it. Until then, we must protect ourselves with what we have available to us."