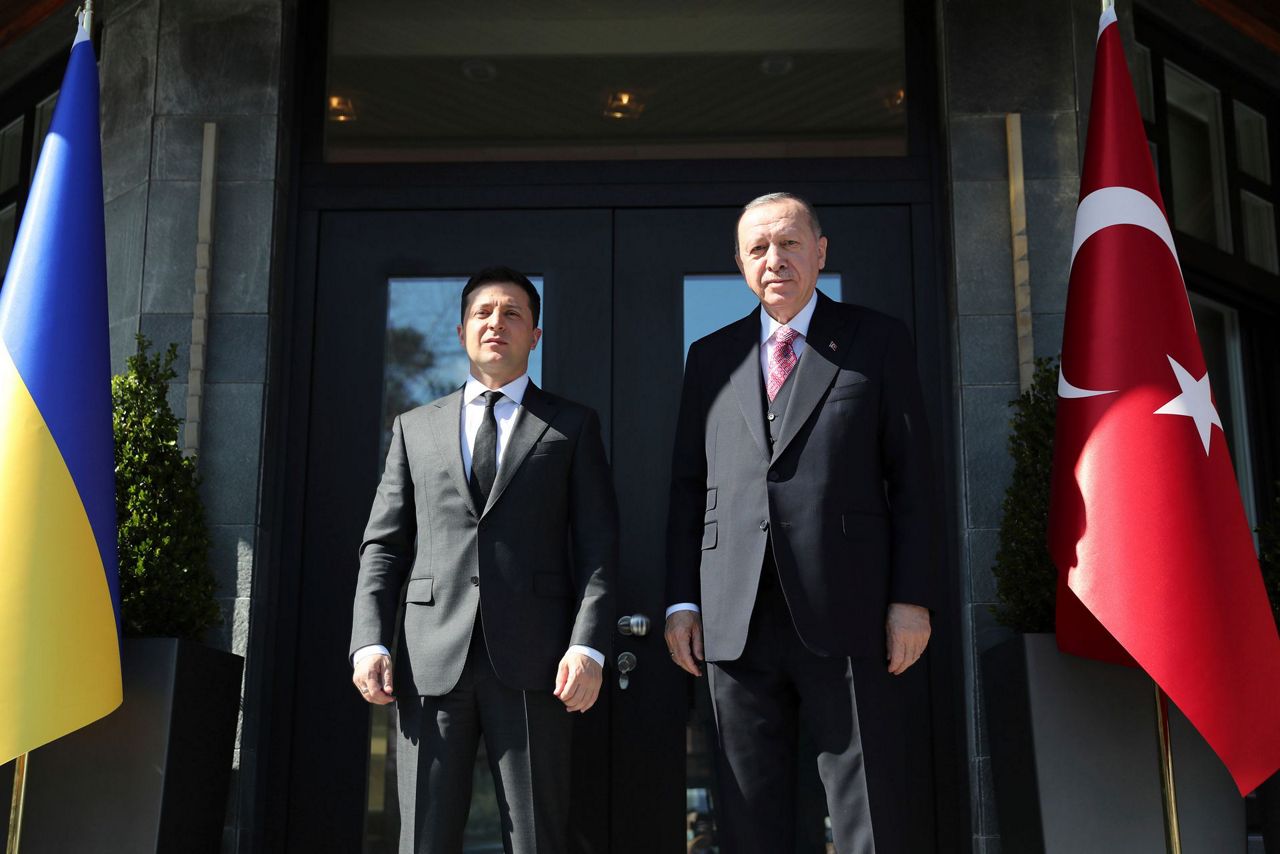 1 of 2
Turkey's President Recep Tayyip Erdogan, right, pose for photographs with Ukrainian President Volodymyr Zelenskyy, prior to their meeting in Istanbul, Saturday, April 10, 2021. Zelenskyy's visit to Turkey comes amid renewed tensions in eastern Ukraine, where Ukrainian forces and Russia-backed separatists have been fighting since 2014. (Turkish Presidency Pool via AP,) 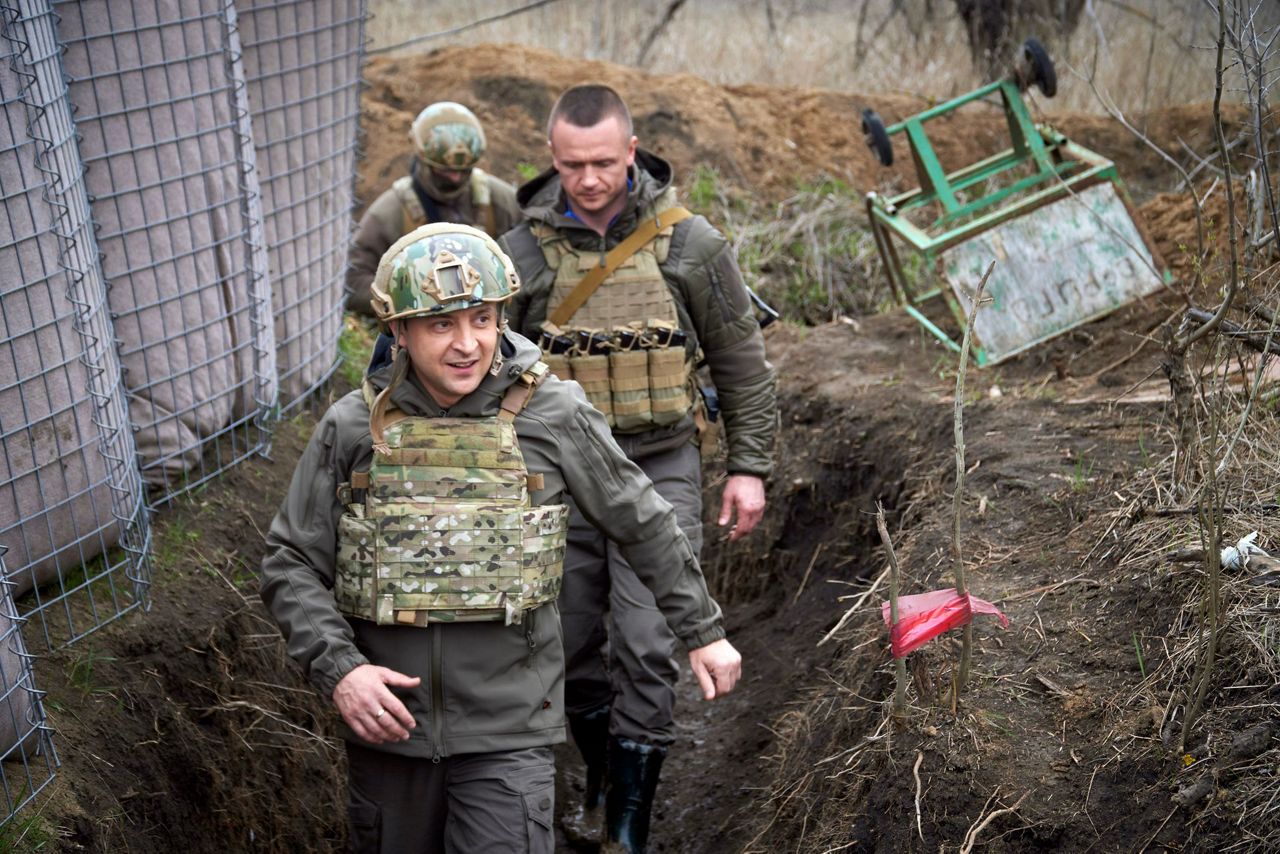 2 of 2
Ukrainian President Volodymyr Zelenskyy visits the war-hit Donbas region, eastern Ukraine, Friday, April 9, 2021. Ukraine's president is visiting the area of conflict in his country's east amid an escalation of tensions that has raised fears of a resumption of large-scale hostilities. (Ukrainian Presidential Press Office via AP)

ISTANBUL (AP) — The presidents of Ukraine and Turkey stressed the importance of Ukraine's territorial integrity, the de-escalation of tensions in eastern Ukraine and security in the Black Sea following a meeting Saturday in Istanbul.

Ukrainian President Volodymyr Zelenskyy’s visit to Turkey came amid renewed tensions in eastern Ukraine, where Ukrainian forces and Russia-backed separatists have been fighting since 2014. Russia has reinforced its troops along the border and warned Ukraine against trying to retake separatist-controlled territory. Kyiv rejects the claim that it is preparing for an offensive.

The Russian military build-up on the Ukrainian border has raised concerns in the United States and Europe.

“I informed the Turkish parties in detail about the situation in the temporarily occupied territories of Ukraine -- Donbass and Crimea -- in particular about the violation of human rights on the peninsula and its ongoing militarization," Zelenskyy said in a joint press conference.

In a visit to troops, Zelenskyy said breaches of a July truce were increasing. Separatist authorities have also accused Ukrainian forces of violating the cease-fire.

Turkish President Recep Tayyip Erdogan urged the continuation of a cease-fire in eastern Ukraine and for both sides to find a solution to the conflict through dialogue.

“We hope that the worrying escalation that we have observed in the field recently will end as soon as possible,” he said.

Zelenskyy said Turkey's support was important for the “restoration” of Ukraine's territories.

The two leaders also discussed the security of the Black Sea, which both nations border.

“Our fundamental goal is for the Black Sea to continue being a sea of peace and cooperation,” Erdogan said. “We do not wish the escalation of tensions in our shared geography under any circumstance."

Erdogan added that Turkey's cooperation with Ukraine did not mean it was taking a stance against any other countries. Turkey is a NATO member but Erdogan and Russian President Vladimir Putin have forged a close personal relationship, sealing energy, defense and trade deals. They have also landed on opposing sides in other conflicts, including Syria, Libya and Nagorno-Karabakh.

The Turkish and Russian presidents spoke on the phone Friday, discussing Ukraine and other issues. The Kremlin said Putin expressed concerns that Ukraine “recently resumed dangerous provocations on the contact line” in eastern Ukraine.