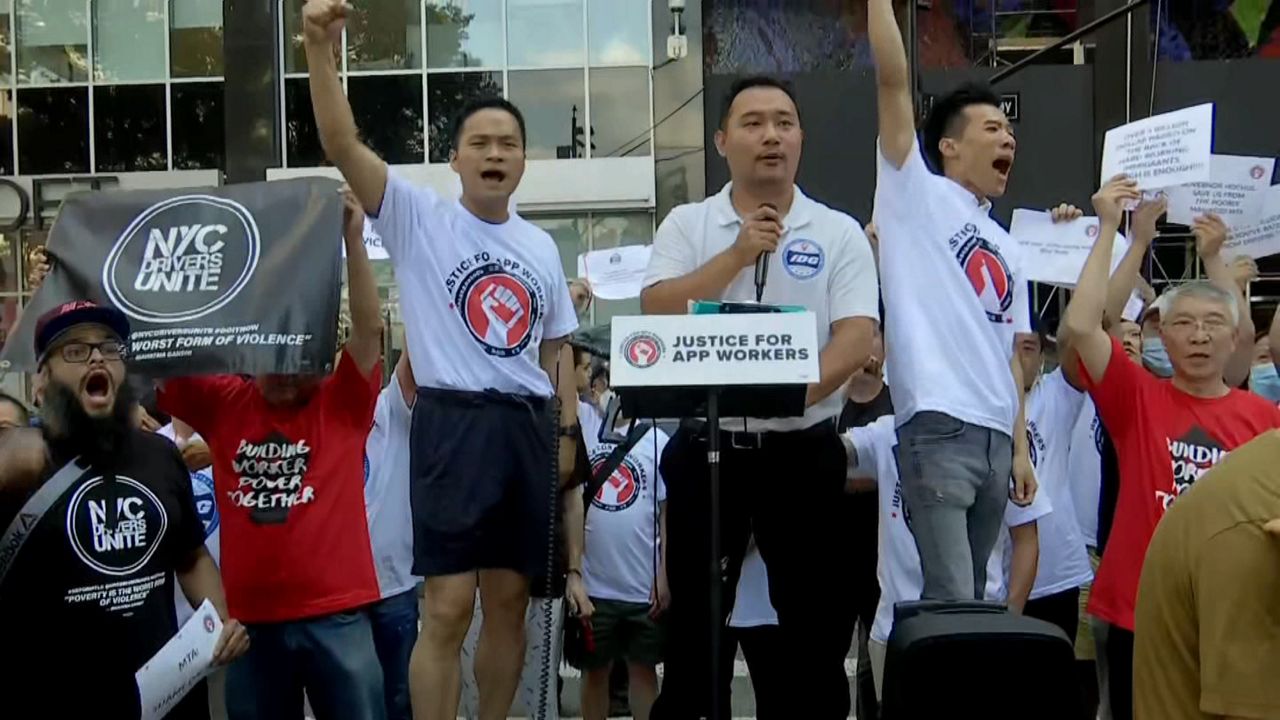 Plans to implement congestion pricing in Manhattan are moving full speed ahead despite opposition from some commuters and drivers.

“It’s not fair, but now they want to crush us more,” said rideshare driver Anwar Malik at a rally outside MTA headquarters Wednesday.

Malik and fellow rideshare app, taxi and limousine drivers rallied amid concerns that the planned congestion pricing will add as much as $23 to their fares. The fee for driving below 60th Street would be in addition to the existing MTA congestion pricing charge of at least $2.50 for passengers going below 96th Street.

State lawmakers approved the plan back in 2019. The plan’s rollout was delayed several times, initially by federal funding issues. An MTA-led environmental assessment has also held it up.

“And now they’re going to take away our livelihood. Riders will have to pay that $23 also,” Malik said.

“Everyone has been struggling after the pandemic to just recover,” said TLC driver Muneeb Rehman.

Wednesday’s rally comes on the same day as the final in a series of six public hearings on congestion pricing that included passionate pleas not to toll drivers living outside of Manhattan.

“Congestion pricing is not a fair deal for New Yorkers,” said Queens Assemblymember David Weprin at the hearing. “It is an out of borough tax that will cripple families and businesses in New York City at a time of record inflation while we are still recovering from the COVID-19 pandemic.”

But the plan has attracted many supporters.

“There’s so many benefits like speeds for emergency vehicles,” argued Manhattan resident Samir Lavingia. “I often walk around the area and I’ll see an emergency vehicle be stuck in a ton of traffic and I honestly wonder what is happening to the person inside when those sirens are going off.”

The MTA says the price of the tolls and any exemptions or discounts will be based, in part, on a federal environmental assessment of its impact and the outcome of the public hearings.

In order for congestion pricing to become a reality, the federal highway administration has to give the go ahead, which the MTA believes will happen by the end of this year.

Next, a panel will determine the price of congestion pricing tolls along with any exemptions and discounts.

The MTA now hopes to launch congestion pricing by 2024.