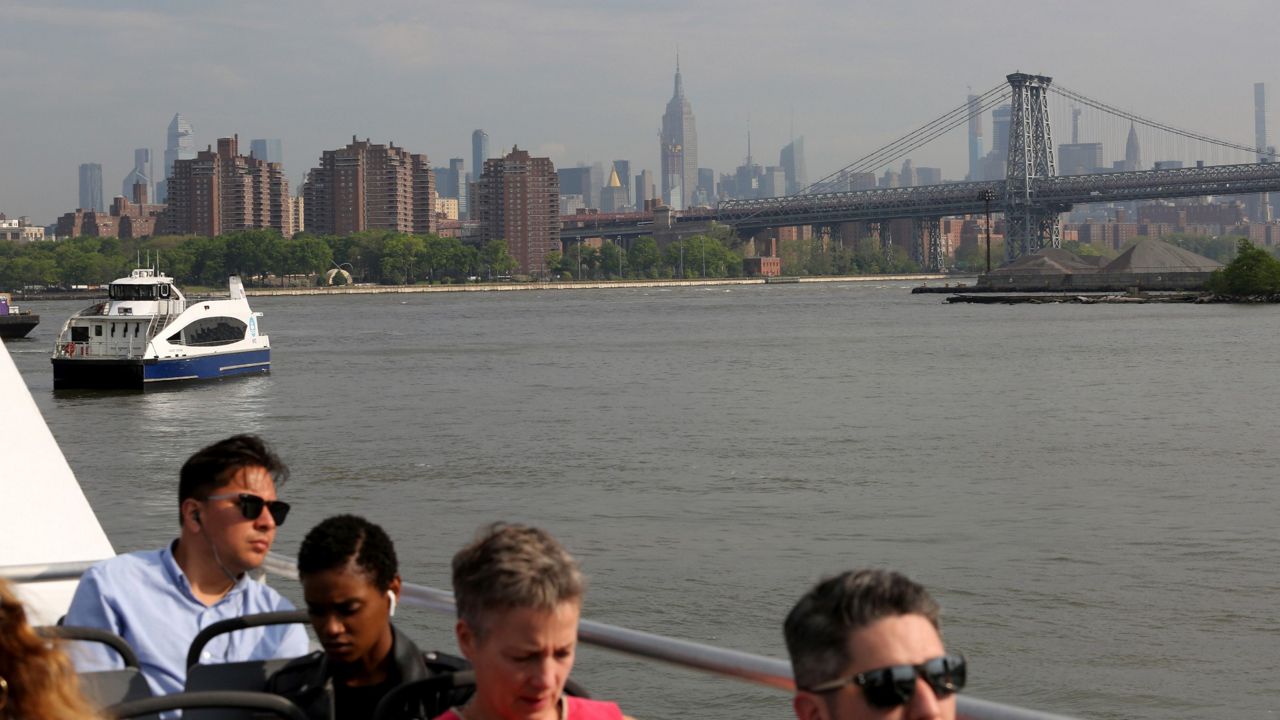 Passengers on board a NYC Ferry watch as the boat departs Sunset Park, Brooklyn for Rockaway, Queens, Monday, May 1, 2017, in New York. (AP Photo/Mark Lennihan)

NEW YORK–The city’s ferry system will undergo a transformation that will raise the single-ride fare for commuters and add discounts for low-income New Yorkers, part of the first phase of “NYC Ferry Forward,” announced by Mayor Eric Adams on Thursday.

“More and more New Yorkers are now using the NYC Ferry to get to work and get around, so we are writing a new chapter in the history of the NYC Ferry system and of transportation in our city — one built on the three pillars of equity, accessibility and fiscal sustainability,” Adams said.

The city says starting Sept. 12, the fare for a single ride on the ferry will increase from $2.75 to $4. A press release from the city states that the increase is aimed at “visitors or infrequent riders,” and that it could earn the city “as much as $2 million in additional annual revenue.”

Frequent ferry riders will be able to purchase a 10-trip pack for $27.50, which keeps the price at $2.75 per ride, according to the city.

The city’s plan also includes a reduced fare for seniors, people with disabilities and some low-income New Yorkers. According to the city, they will need to apply to the program online. Once verified, the city says they can buy tickets for a one-way fare at a discount of $1.35, using the NYC Ferry app or with a ticket window agent.

The city’s plan, according to Adams, will also provide two free rides to all New York City Housing Authority households within a mile of a ferry terminal.

“For too long, residents living in transportation deserts have faced long commutes each day, lasting well over an hour each way. Yet, since its launch in Soundview in 2018, straphangers have seen their commutes decrease. With up to 35% of NYC Ferry riders from the Bronx, it is clear this program will benefit even more under this plan by allowing our NYCHA residents to ride for free,” Bronx Borough President Vanessa Gibson said in a statement.

The program will allow accessibility for bikers to ride the ferry by eliminating the $1 bike fee, which will take effect Sept. 12, the release said.

“Our NYC Ferry Forward vision will keep our city on the map as a leader and innovator in public transportation,” Adams said.

A scathing report last week from city Comptroller Brad Lander accused the city of grossly understating the system’s costs. He said the city’s subsidy amounts to almost $13 dollars per ride.

City officials said they expect that number to go down under the new fare structure, but wouldn’t put a figure on it.

“Everything we are doing is driving towards bringing that subsidy gap down, and we think it will come down,” said Andrew Kimball, president of the city’s Economic Development Corporation. “But we also live in the real world. We are re-bidding this contract, we’re in a hyper-inflationary moment. I don’t know what the outcome’s going to be.”

Reporting from Bobby Cuza was used in this report.