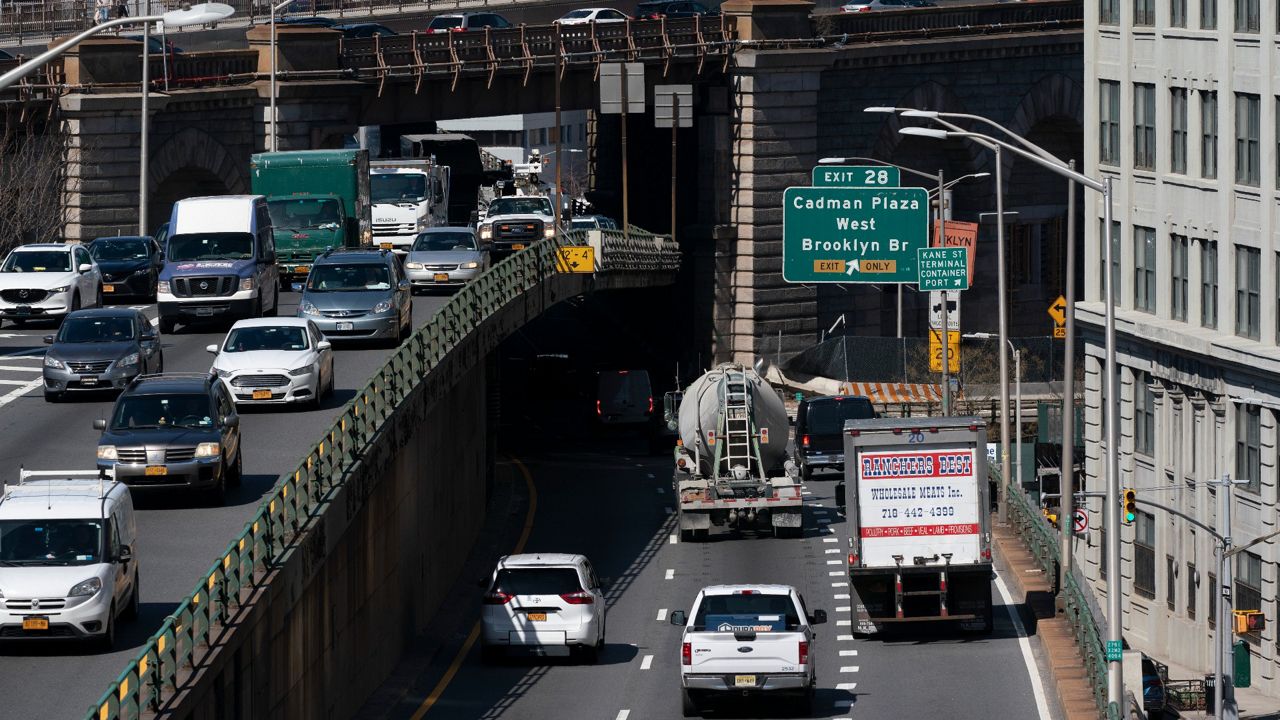 Adams' plan for BQE work is to tackle entire corridor

Mayor Eric Adams is going back to the drawing board to solve a problem that vexed his predecessor — how to fix the aging and deteriorating Brooklyn-Queens Expressway for good.

The Adams administration is scrapping the plan from then-mayor de Blasio to spend $500 million to repair a particularly damaged section of the expressway, and instead focus on a plan to deals with the entire corridor.

“We want to move expeditiously towards a long-term fix for the BQE, while making the needed safety repairs to keep the highway safe and functional moving forward,” Julie Bero, chief strategy officer at the city Department of Transportation, told Brooklyn community board officials in a virtual briefing obtained by NY1.

Transportation officials said they wanted to immediately start a so-called “corridor wide visioning,” start making repairs the city can do on its own later this year, then in 2024, design major capital work in partnership with the state.

“Coming up with a long-term plan makes a lot of sense if they can deliver,” Sam Schwartz, a former chief engineer at the DOT, told NY1.

Schwartz says he believes there will be no consensus on a plan to tackle what he called a Herculean task.

“The mayor and governor have to make the hard choice and build it,” Schwartz said. “There are federal funds available, if they come to a decision quickly on what should be done.”

The Adams administration still has to deal with repairing a mile-and-a-half stretch of the BQE from Atlantic Avenue to Sands Street, which includes the famous Triple Cantivlever — a structure that stacks two traffic lanes on top of each other with the Brooklyn Heights Promenade on top.

City Councilman Lincoln Restler, a Brooklyn Democrat who represents the area, stressed that the city should plan these repairs with local elected officials and residents living nearby.

“I am perfectly eager and happy for them to move forward with long-term planning now as long as we can actually forge consensus on a solution we all think is to the benefit of the community,” Restler said.