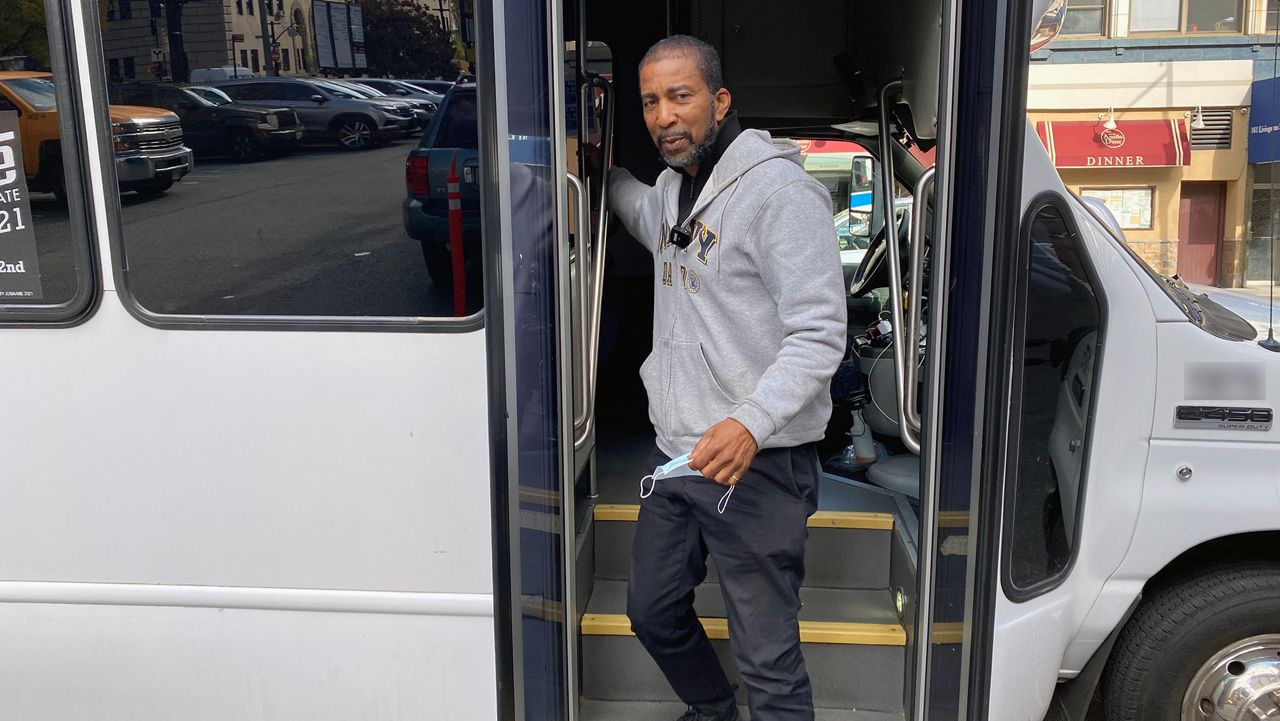 Winston Williams has spent nearly three decades behind the wheel of a commuter van - better known as a dollar van, because it used to cost $1 to ride. It's $2 these days.

"The demand is not out here as it used to be. It’s coming back, though," Williams said.

Williams, 60, who came to New York from Jamaica, is one of 145 licensed commuter van drivers in the city, and he ran his own operation with 26 vehicles - until COVID-19 tanked ridership that had been as high as 90,000 passengers a day before the pandemic.

And when it hit, high insurance rates, costing him more than $2,000 a month, became too much.

Now, he drives in the shadows, under insurred.

"Of course, then what I decided to do was put the business on hold and really go back to where I started when I started doing dollar van, which is with a private plate on my vehicle. I won't have to pay that high cost of insurance," he said.

And he's not the only one.

"Yes, we are doing something illegal now, because we cannot afford it," Williams said.

Williams joined other van operators and elected officials at a recent rally in front of the governor's Midtown office to demand affordable insurance to keep drivers on the road and keep them from swerving around the rules.

"You got to feed your family, and if the law is standing in your way, what do you choose? Death, hunger, or you find a way around the law," said Assemblyman Nick Perry of Brooklyn.

The Taxi and Limousine Commission does not know how many unlicensed commuter vans are on the road. But in 2019, 391 unlicensed vehicles were ticketed, and 50 were seized.

Solomon Brooker, a passenger, said it's cheaper, faster and more comfortable than a bus.

"They're very convenient because they help us get to their destination a whole lot faster," Brooker said. "This is part our culture in the Caribbean islands. We have the dollar vans."

Williams said cheaper insurance will mean more commuter vans for residents who rely on them, so drivers, Williams said, can "continue doing the transportation we provide to the city and the community ongoing, and hopefully things can start going the way it was before the pandemic."