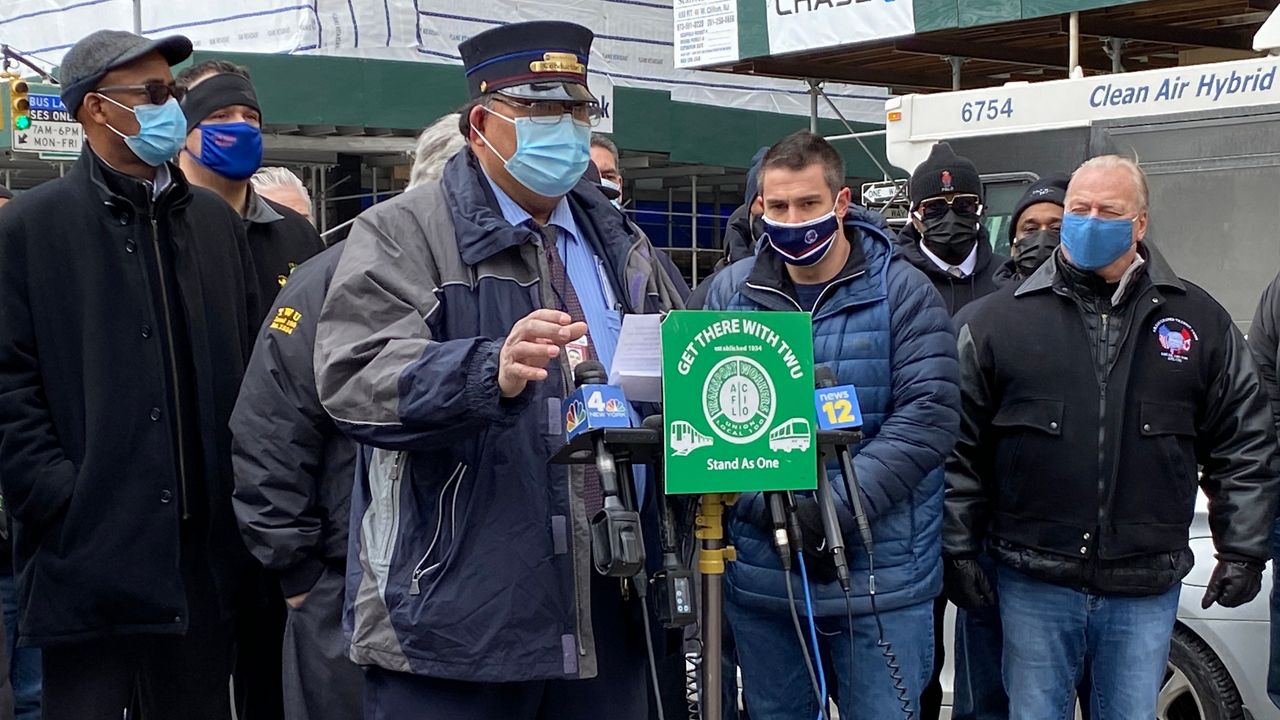 NEW YORK — Robert Singh has been a Metro-North Railroad conductor for nine years. In September, a commuter spit at Singh after the conductor said he could not ride the train without a ticket.

"It was completely unexpected, it was unprovoked,” Singh said Friday. “There was no altercation with the person, it was a normal regular conversation."


Singh was taken to the hospital, tested for COVID-19 and HIV, and given medication. As a result, he said, he missed work without pay for five weeks.

The police never caught his attacker, but even if they did, Singh said it would not have mattered.

"You get a ticket, you pay the ticket, your life goes on. What happens to the person you spit at?” questioned Singh.

A proposal in Gov. Andrew Cuomo's budget would make spitting and other forms of aggravated harassment against transit workers punishable by up to one year behind bars.

Bus operators like Wayne Nelson are now calling on the state legislature to pass the proposal. He says he was driving an M7 bus in Manhattan when a commuter who refused to wear a mask spat at him.

"We need better protection and we need to be much more respected,” Nelson said at a Friday news conference in Manhattan with the Transport Workers Union demanding more punishment.

There were about 60 more assaults and cases of aggravated harassment, which includes spitting, against transit workers in January than in December.

But a police officer has to witness an incident of aggravated harassment before an arrest can be made. The governor's proposal would do away with this standard and allow officers to investigate based on an incident report that a transit worker files.

"If we are heroes, then do the right thing. Pass this legislation, we need it signed,” said Tony Utano, president of the Transport Workers Union Local 100.

The state legislature will consider the upgraded penalties, along with the other proposals in the governor's budget.