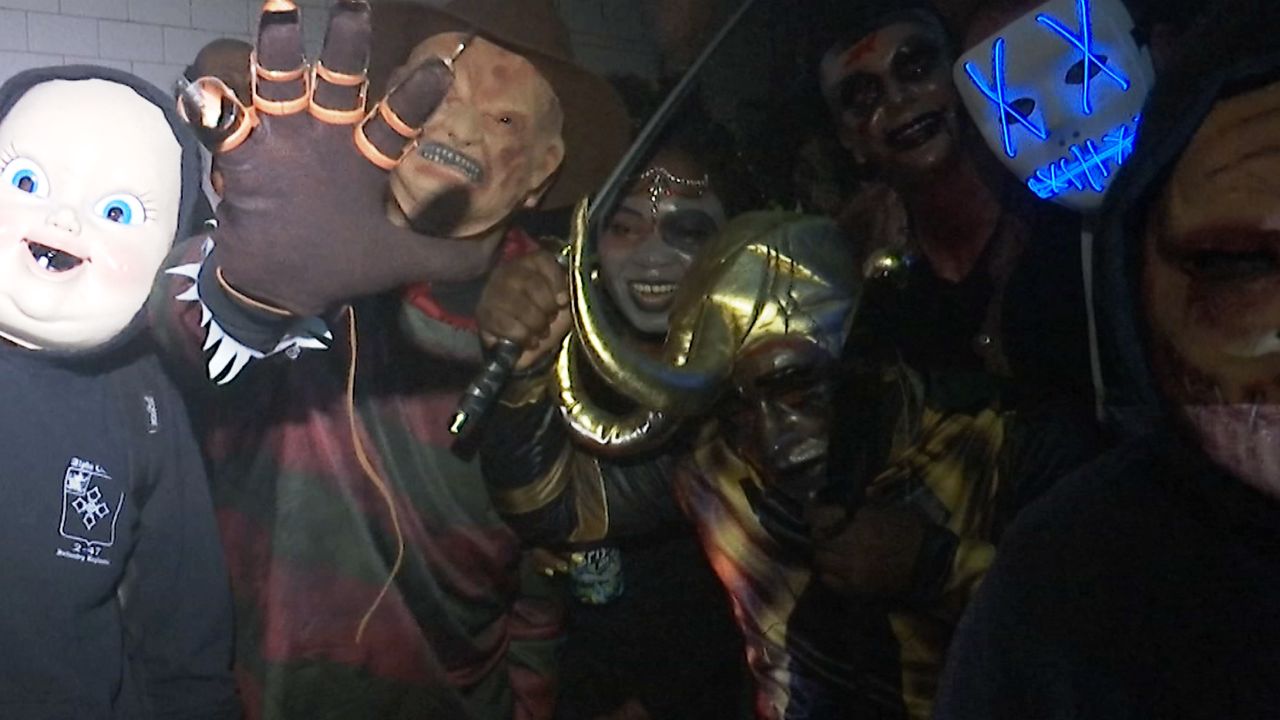 It's a nightmare underground.

Some came out in tears.

"It was mad scary in there!" said one visitor. "We were walking in the walk for like five minutes, and then, oh, oh no! I’m so tired. I need some water."

"It’s really good," said one attendee. "And Halloween and October, you have to get that scary thrill."

About 30 officers traded in their police uniforms for ghostly get-ups.

"We're the NYPD, trying to bridge the gap with our community and reach out to them and show them that we do care and want to let them have fun while they're down here," said Katie Miracco of the NYPD.

Security was a priority, as every brave rider had their bags checked and canine units stood guard while children got their hands on candy, popcorn and hot dogs.

The NYPD says this is an opportunity for commuters to get to know the transit officers.

"And we can engage them, and again, let them know we're here, let them know how to reach us and show them the other side of the NYPD, that we can have as much fun as anyone else out there," said NYPD Transit Bureau Chief Edward Delatorre.

While many subway riders say they still lament their daily underground nightmares, they welcomed this community event.

"With bad things going on, to see something like this that's being done by the police, the MTA, something that's for everybody to have fun in a good way is refreshing," said one attendee.

The haunted subway is running for a limited time. Your last chance to check it out is Friday from 4 p.m. to 7 p.m.