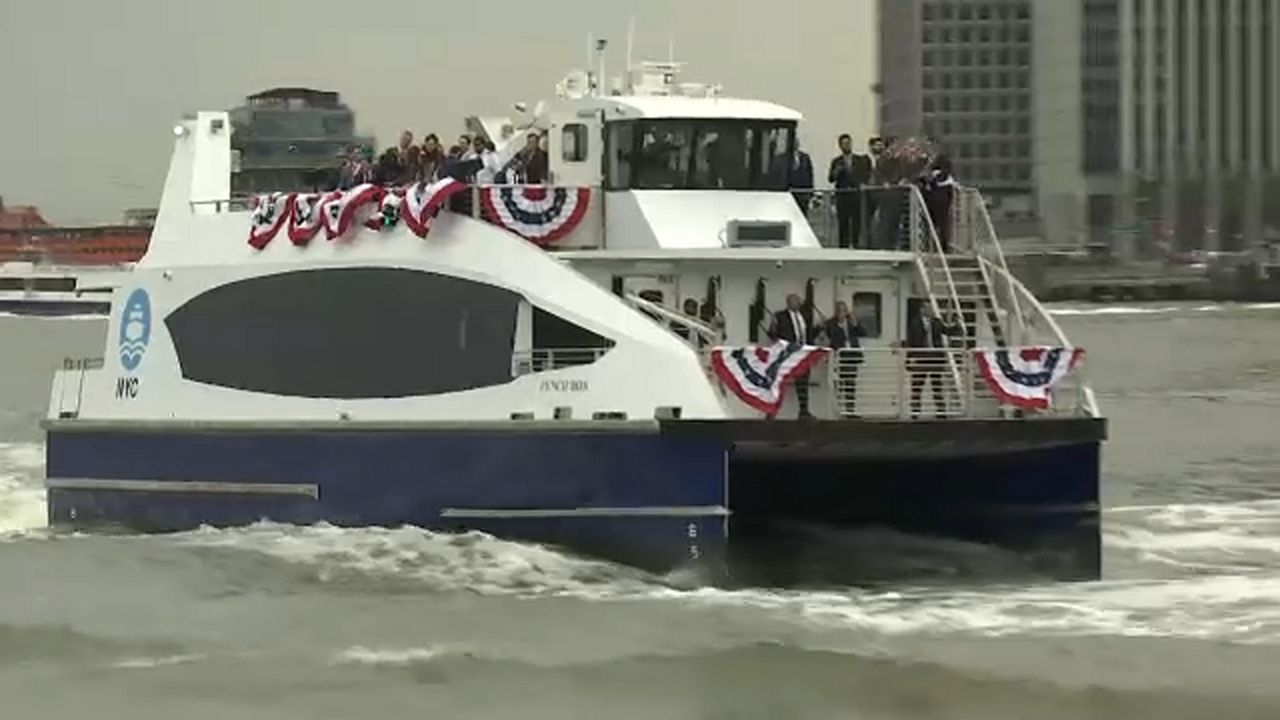 MTA and city transportation officials Wednesday detailed their updated plans to keep L train riders moving when a portion of the line shuts down next year.

WHAT CAN COMMUTERS EXPECT?

For more than two years, MTA and city transportation officials have been bracing L train riders for what awaits them come April, when service on the line shuts down between Manhattan and Brooklyn.

"I've worked in transit for 29 years," New York City Transit President Andy Byford said. "This will, without question, be the biggest logistical, customer service, and community challenge that I've ever faced."

The city announced Monday that from 5 a.m. to 10 pm, seven days a week, only buses will be allowed on the crosstown street, with a few exceptions.

The move to make 14th St. a mostly bus-only street for 17 hours a day marks a big shift from a city plan that would have restricted traffic only during the morning and evening rush.

The new plan allows for two exceptions to the driving ban: Emergency vehicles and paratransit cabs and vans for people with disabilities.

MTA and city transportation officials explained Wednesday that about 70 percent of the L train riders are expected to shift to other subway lines, which will see a huge increase in ridership from the expected influx of the new passengers.

Buses will play a significant role, too, in shuttling riders across the East River.

The MTA says its new ferries will also help, carrying up to 1,190 riders on eight boats per hour.

CONCERNS ABOUT THE CONTINGENCY PLANS

But city council members sounded skeptical on how it will all work, including the newly-revised plan that will largely limit 14th St. to buses for 17 hours a day.

"This will be a crisis for hundreds of thousands of New Yorkers, many of whom are already not huge fans of the MTA, to put it mildly," City Council Speaker Corey Johnson said. "The bottom line is that the 'L-pocalypse' shutdown is coming. That's why we need to be ready."

"No one here believes that as soon as the L train gets shut down, that everything is going to run smoothly," Brooklyn City Councilman Antonio Reynoso said. "We know we're going to hit bumps on the road."

But transit officials insist the plans for alternate service have been extensively mapped out.

When asked whether the MTA can meet its 15-month mark for completing the job, Byford said he's feeling pretty good about the agency's chances.

Especially after the agency completed similar long-term shutdowns in tunnels carrying the R and G lines ahead of schedule.

"In terms of actually renovating tunnels, we're getting pretty good at it," Byford said.

So L train riders will hope.