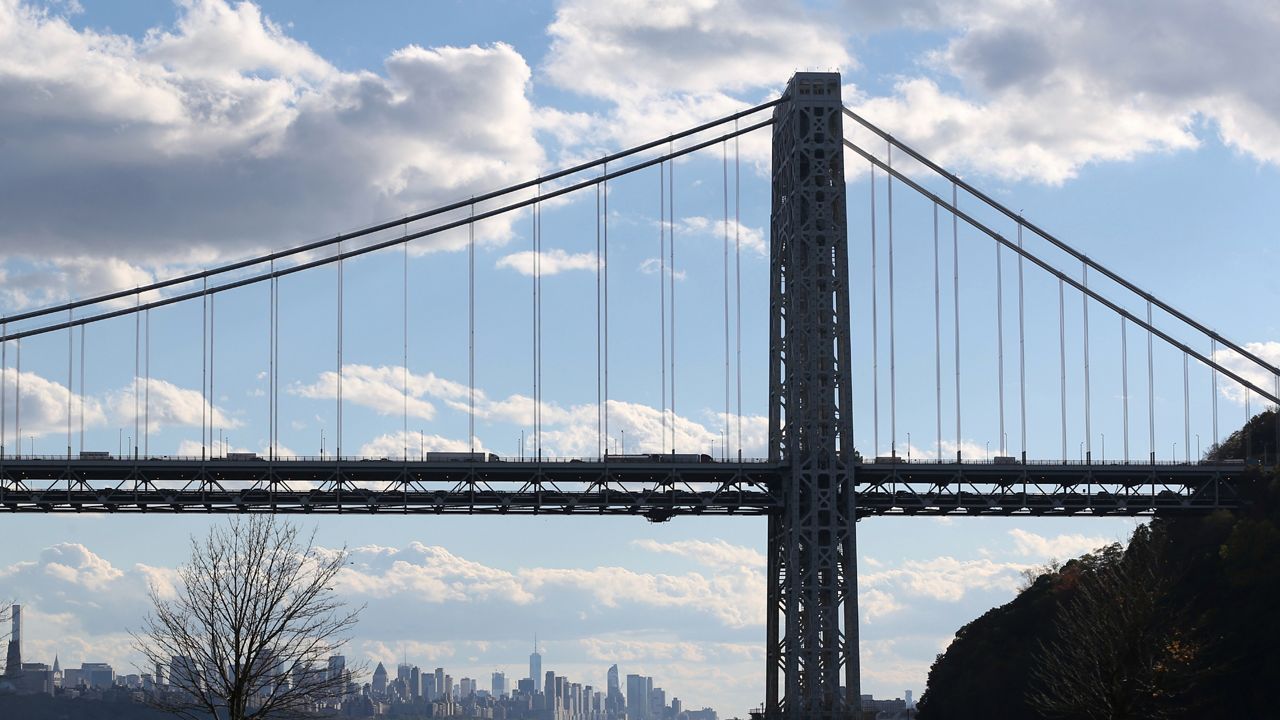 Starting next week, drivers on the George Washington Bridge will no longer be able to pay tolls in cash.

The busy crossing connecting New York City to New Jersey will be cashless beginning Sunday, the Port Authority said. Toll booths will eventually be replaced with an electronic system that will capture images of license plates for drivers without an E‑ZPass, who will then be billed by mail.

"Our team and our contractors really did a great job pulling this off," said Robin Bramwell-Stewart, a deputy director of the Tunnels, Bridges and Terminals department of the Port Authority, on NY1.

Once the system is activated, drivers won't have to stop or slow when crossing the bridge, minimizing traffic and congestion. Bramwell-Stewart also expects "a significant reduction in crashes in the area around the toll booth." However, carpool discounts will come to an end once the bridge goes cashless.​

"Our system takes license plate images. We do not take images of people in the cars," Bramwell-Stewart said. "For the time being, what we are suggesting to carpool users is that they take advantage of some of the other discount programs that we have."

The work to install the gantries housing the equipment that collects vehicle toll information began more than a year ago, officials said. Crews used a hydraulic crane to lift pre-assembled 20-ton gantries approximately 25 feet above the roadways.

"The biggest challenge was selecting the locations for new tolling infrastructures," Bramwell-Stewart said. "There was a huge engineering feat just considering the tight confines of our property and then the soil conditions in the area."

The Lincoln Tunnel will go cashless by the end of the year, officials said.