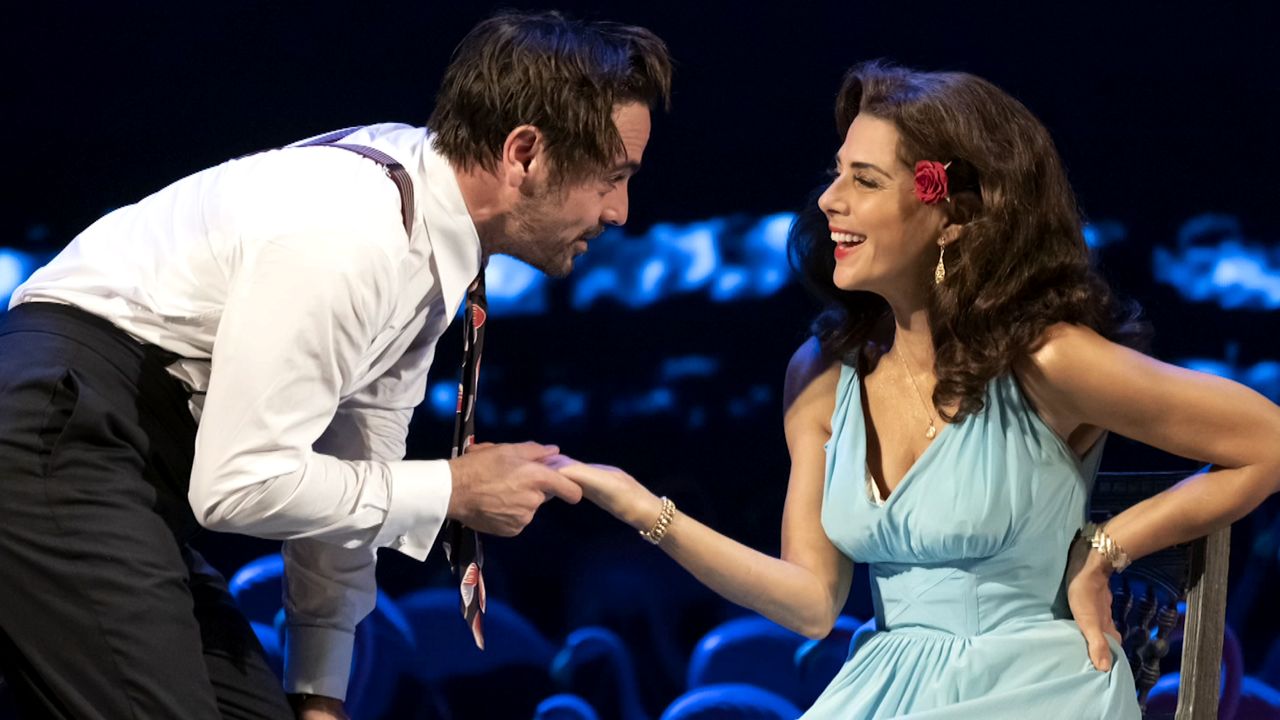 "The Rose Tattoo" is an anomaly among Tennessee Williams' great dramas. Despite the fact that it concerns a protagonist newly widowed, it's essentially a romantic comedy, a genre Williams was never really known for, but he came up with this charmingly spirited story after returning from a getaway in Sicily with his lover and was said to be floating on a romantic high. It's still far from his best, and it really only hits the mark when the lead performances are strong and the production is tightly focused. This time around, they got it only half right.

The good news: Marisa Tomei paired with Broadway newcomer Emun Elliott are wonderful together. So much chemistry and heat from their unbridled passion, you half expect the stage to catch fire. She's Sicilian-born Serafina Delle Rose, a proud, earthy woman, burning with sensuality. Set in the Gulf Coast, her life unravels after her beloved truck driver husband is killed early on. Three years later, in a grief-stricken funk, she meets Alvaro Mangiacavallo, a Sicilian truck driver just like her late husband, only, as she puts it, he has her husband's body with the head of a clown.

Unfortunately, he doesn't show up till the second act, and the play, as written, only really takes off when they're together. It doesn't help that Trip Cullman's direction is surprisingly misguided. For whatever reason, the set is dotted with dozens of fake flamingos. There's a bizarre walkway that forces the actors to duck their heads entering and exiting. And it's impossible to tell whether the action is taking place inside or outside Serafina's home.

I have no pictures of the ensemble but except for the two leads, the acting is a mixed bag. Whether it's miscasting or insufficient rehearsal, the performances just aren't very believable. And why oh why are they constantly darting back and forth across the stage? You can almost hear the stage manager cueing them. Time to run again.

It's a testament to the two stars that despite the production's shortcomings, they make it all worthwhile. Tomei's comedic skills bring to mind Lucille Ball in her prime, and Elliott is an irresistibly lovable buffoon. Together, sparks fly.

When I was a struggling actress in the city, I used to "second act" as we called it and slip in to shows after intermission. I'm not suggesting you do that with "The Rose Tattoo," but you really wouldn't miss much if you did.