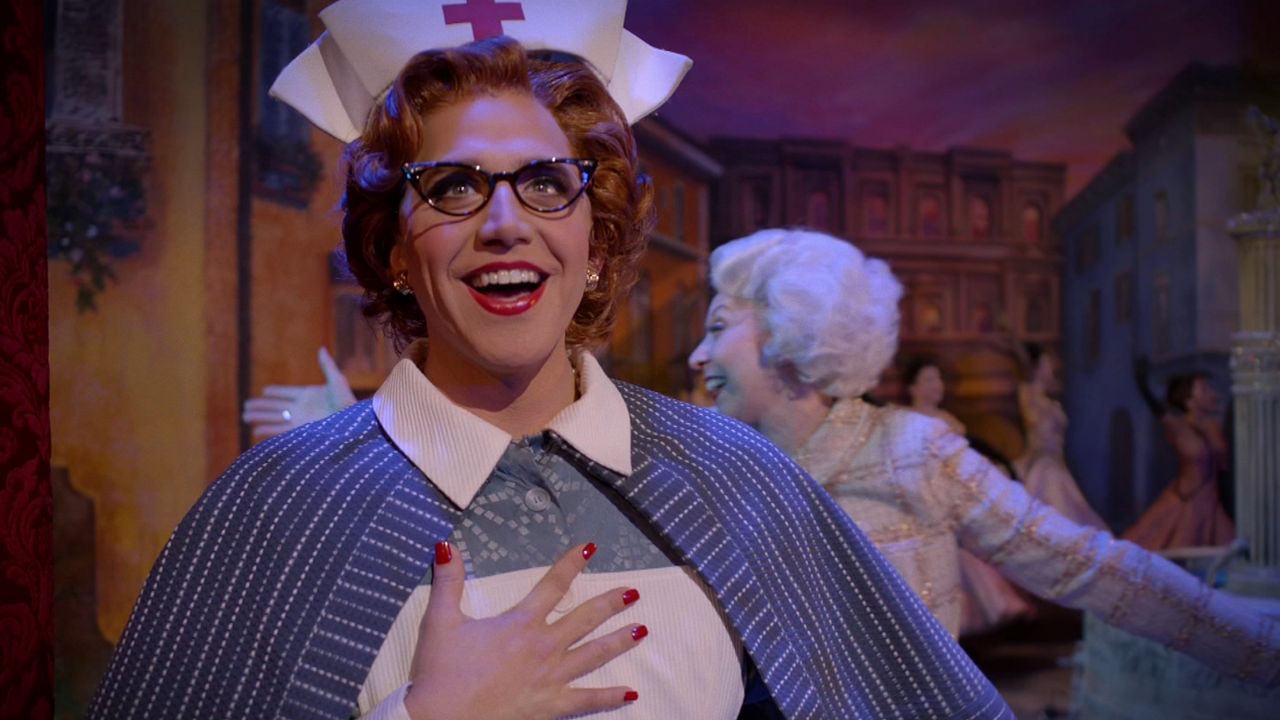 We may have reached the saturation point with stage adaptations of popular movies but I have to admit, "Tootsie" is quite a hoot. On the surface, it's a conventional musical with a conventional narrative arc and fairly conventional songs. But it's unconventionally funny. And thanks to an A-list cast of comedians, it's the comedy that makes this one sing!

Fans of the 1982 film starring Dustin Hoffman will discover key changes in this version. It's now set in the present and there are some timely references to our “Me Too" culture. Like the film, the protagonist—out-of-work actor Michael Dorsey—impersonates a woman, Dorothy Michaels, in order to win a role, but instead of a soap opera, here, he's cast in a new musical.

The creative team, led by director Scott Ellis, went into overdrive punching up the humor with non-stop jokes that mostly land. Yes, there's shtick and much silliness but book writer Robert Horn packed the show with some seriously funny material.

And David Yazbek's score, not quite up to his Tony-winning music for "The Band's Visit," is still mighty clever and tuneful. His lyrics are a gas, and the inside theatre references are a terrific bonus.

Santino Fontana is a marvel, taking on the dual roles with great gusto. He's an endearing presence with a wonderful voice; his versatility seems to know no bounds.

The role of Julie Nichols, Michael's love interest is altered quite a bit here. She's an empowered woman, and the gifted Lilli Cooper plays her with more depth than you'd expect in a musical comedy.

The company is filled out with a who's who of Broadway's best comics. Veterans Julie Halston as a producer, Michael McGrath as an agent and Reg Rogers as a talentless blowhard of a director nail every punch line to perfection. Rogers' choreographed parody of Broadway dance moves is hysterical.

John Behlmann also stands out as a buff dimwit with a crush on Dorothy.

And with his wry takes, Andy Grotelueschen as Michael's non-plussed roommate is a huge plus.

Humor is of course in the ear of the beholder and “Tootsie” may not tickle every funnybone, but judging by the laugh meter, this one's off the charts.