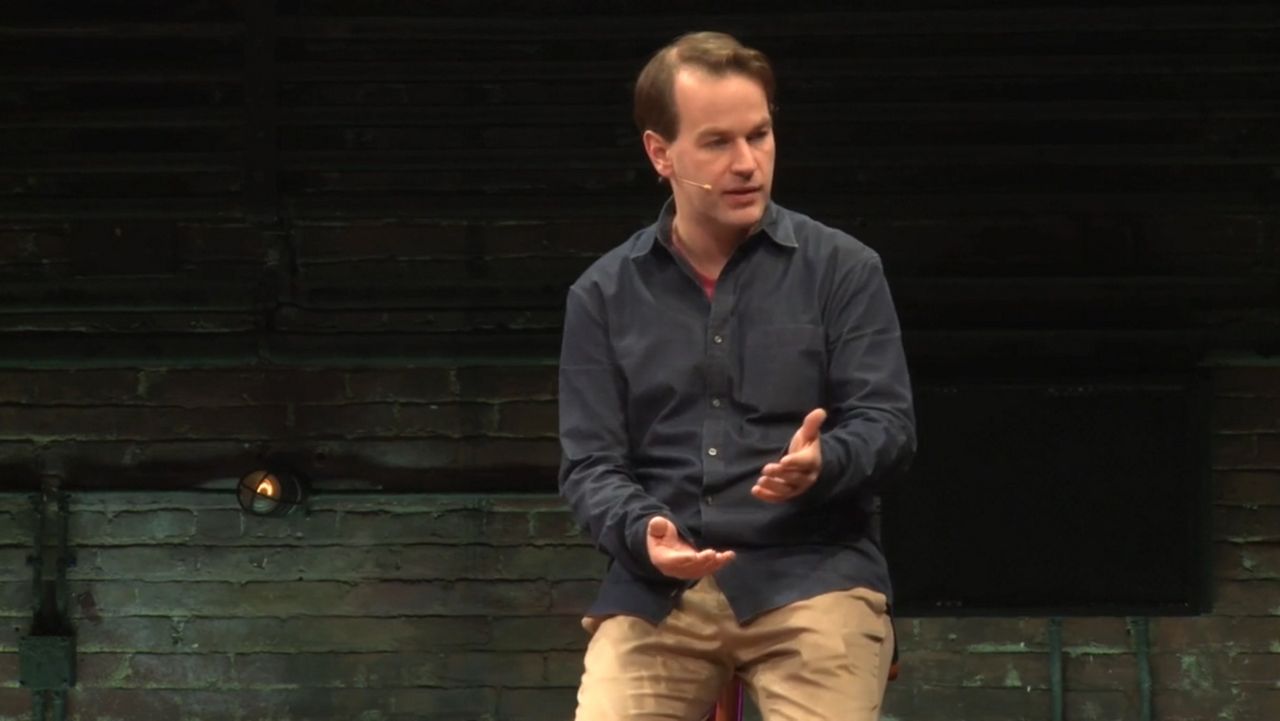 Theater Review: 'The New One'

Humor is, as someone once said, a reminder that no matter how high the throne one sits on, one sits on one's bottom. And that would be a perfect way to describe Mike Birbiglia's solo show "The New One." Getting right down to the bottom of things - literally and figuratively - is Birbiglia's great talent.

Solo shows are always a challenge, particularly on Broadway. Audiences used to seeing splashy extravaganzas expect a lot of bang for the big bucks they have to shell out. But a good laugh is worth its weight in a boatload of King Kongs. And Birbiglia's got a million of 'em. Well, maybe a thousand.

"The New One" refers to a baby - the child, he tells us, he doesn't want to have. And he cites seveb good reasons why he's not interested or prepared to bring one into the world. I know that doesn't sound all that funny, but Birbiglia, self-described as a cross between Matt Damon and Bill O'Reilly, is a masterful humorist with a knack for making the most serious subjects hilarious. Parenting, to him, is a disease, only worse because your friends want you to have it. And speaking of illness, Birbiglia suffers from a bunch of ailments that he turns into a bounty of jokes, and just about all of them land.

Perhaps one of the secrets to Birbiglia's success is that he is a storyteller. His 90-minute show features a narrative arc, starting and ending with a couch. And in between, he takes audiences on a universal journey featuring the trials and tribulations of his resistance and then efforts to become a parent.

The stage is bare, flanked by racks of lights with little more than a stool in the middle, and director Seth Barrish provides a neat surprise near the end.

But the biggest surprise is Birbiglia's ability to fill the stage with little more than the wit and wisdom of someone who understands that humor is the bitterest truth refusing to take itself seriously.