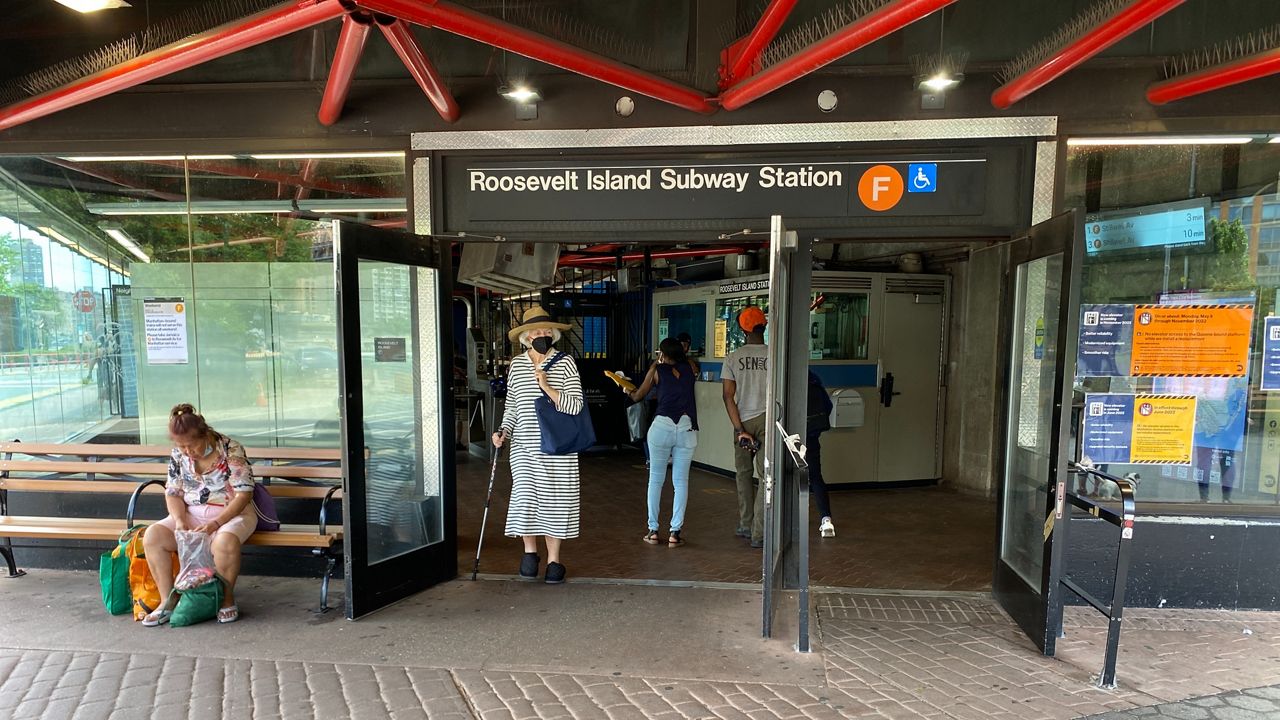 When arriving on the F train at the Roosevelt Island station, riders still have a few minutes to go before getting to the surface, since the station is one of the city's deepest, 100 feet below ground level.

Eventually, riders do make it to the surface of the approximately two-mile long island located on the East River between Manhattan and Queens.


The island has a long history as farmland, to a location for city hospitals and a penitentiary, to a planned residential community.

"In 1969, Mayor John Lindsay and Gov. Nelson Rockefeller made an agreement that the island will be leased to the state of New York for 99 years and that gave the state permission to develop this new community," said Judith Berdy, the President of the Roosevelt Island Historical Society.

The island has vestiges of landmark buildings. The Octagon, once the city's mental health hospital, is now part of an apartment complex.

On the southern tip in Southpoint Park, visitors can find the ruins of the Smallpox Hospital designed by James Renwick, the same person who designed St. Patrick's Cathedral.

The Strecker Memorial Laboratory is also there, restored in the 1990s and used as a power conversion station for the subway lines that run underneath the island.

Don't forget to check out the cat sanctuary on your way to the Franklin D. Roosevelt Four Freedoms Park, and another tribute to the man the island is named for, the FDR Hope Memorial.

Berdy, who who has lived on the island for 45 years, says there is plenty of history to soak up while visiting.

"Not just prisons. Not just insane asylums, you know. There's a long history of good things that came from work that was done on this island and people whose lives were saved or lives were changed," Berdy said.

The Cornell Tech Campus, a complex of new buildings which includes a cafe that is open to the public for a quick bite and a drink or a bathroom break, is also on the island.

Additionally, there is the Graduate Hotel, which opened last year. It features the Anything At All restaurant and the Panorama Room rooftop bar and lounge 18 stories above, with some amazing views of the city.

You can take island's free bus, as well, if your feet are tired.

Up north, there is Blackwell House, the 1796 farmhouse named for the family that once farmed the island. For years, the island was known as Blackwell's Island, and later Welfare Island.

There's also the Chapel of the Good Shepherd, a historic Episcopal church built in 1889, and the recently restored lighthouse from 1872, also designed by Renwick.

In Lighthouse Park on the northern tip of the island, there is a sculpture exhibit from Amanda Matthews dedicated to Nellie Bly, a pioneer in investigative journalism who went undercover to expose mistreatment at an asylum on the island.

Therefore, a trip to Roosevelt Island will bring you history, nature and a high-flying trip over the city.