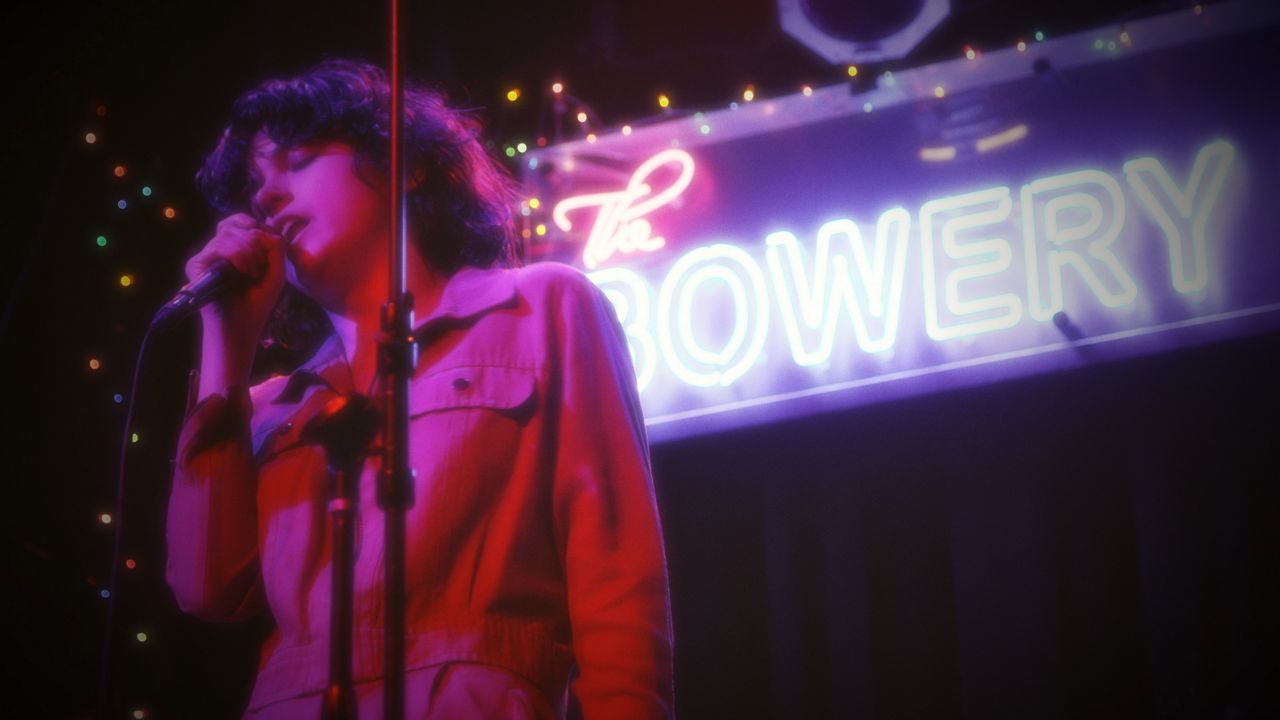 The Bowery: Is Manhattan’s Edgiest Street Losing its Soul?

This story is the third installment of NY1’s new initiative, “Street Level,” which explores the city through the history and culture of specific streets and the people who live there. You can watch the full episode in the video above and learn more about the project here.

Every true New Yorker knows, it’s not Bowery Street or Bowery Avenue. It’s the Bowery. This mile-long stretch in Lower Manhattan was home to the city’s original performing arts scene. From vaudeville to punk rock, the Bowery has played host to New York’s edgiest acts. Down on the Bowery, far from the bright lights uptown, the art was bawdy. It was eccentric. At times it was offensive. This was entertainment for the masses, the misfits, and the misunderstood. But with all that’s changed since, has the Bowery lost its artistic soul?

We set out to search for spots where that soul still thrives. What we found were the vibrant artists who are keeping it alive. Below are the stories that shaped the Bowery into the street it is today.

EXPLORE: INTERACTIVE MAP OF THE BOWERY Before the Bowery became the bohemian mecca most New Yorkers remember, it was the nation’s premiere theater district - home to the famed Astor Place Opera House and other upscale arts venues catering to the city’s elite. But the street’s identity began to change as waves of immigrants arrived in New York, settling in the Lower Manhattan.

The influx of immigrants sparked tensions between the newcomers and long-time residents. “They basically just invented their own culture,” says Alice Sparberg Alexiou, author of “Devil’s Mile: The Rich, Gritty History of the Bowery.” “They said the hell with this high culture, it doesn't speak to me. I can't relate to this. I'm going to create my own theater. And they did.”

On May 10, 1849 the tensions came to a head when a dispute over a British actor playing leading roles in Shakespeare plays ignited a riot outside the Astor Place Opera House. “It was the Shakespeare riots,” says Alexiou, “and at the core it was about nativism. You know, at the time people were very anti-foreigner.”

Gradually the nativist sentiment reshaped the neighborhood. As wealthier residents moved out, immigrants made the Bowery their own. “So then you have the birthplace of burlesque in America,” author and researcher Eric Ferrera told NY1, “blackface minstrelsy, things like that and very rowdy vaudeville, and that kind of the whole concept sort of changed.”

Many of the acts that played on the Bowery were considered bawdy and offensive. Burlesque shows commonly featured lewd comedy sketches and scantily-clad women. One of the era’s most popular burlesque acts would be even more offensive to modern audiences - blackface minstrel shows. The minstrel shows were a specific genre of comedy featuring white actors performing in blackface. In fact, the origin of the term “Jim Crow” can be traced back to a Bowery minstrel show. “Jim Crow was a song and dance that was invented by an entertainer named Daddy Rice,” Alexiou explains. “He based this act, that he took to the stage, on the singing and dancing as an old slave he observed and turned it into the star character.” Although Daddy Rice didn’t invent blackface, he was among the most popular blackface performers of the day, and his “Jump Jim Crow” act was a favorite at the Bowery Theater.

Over time, the popularity of burlesque and minstrel shows faded, making way for new artistic genres to take root along the Bowery.

By the 1970s, a new sound could be heard and up and down the Bowery. It was loud. It was aggressive. It was raw. They called it “punk.”

Inspired by 1960s garage bands, the punk rock genre was fomented in dive bars and music clubs from New York to Los Angeles in the 1970s - most famously, in CBGB on the Bowery. The music club opened in 1973, and quickly became a go-to venue for top punk artists like The Ramones, Blondie and Talking Heads. Bowery Poetry Club founder, Bob Holman remembers what the club was like in its heyday. “You'd hear it before you'd see it,” he says. “The noise was just deafening once you got inside. The music would be out of control, and the Bad Brains would be playing, or Richard Hell and the Voidoids would be playing.”

Today, the street sign on the corner of Bowery and Second street where CBGB once stood reads “Joey Ramone Place” - a reminder of the legendary club that gave The Ramones their start. Across the street, a mural of Blondie commemorates the band’s Bowery roots. But at 315 Bowery, the address that once echoed with rock music from some of the eras biggest artists, there is now a high-end designer clothing store. CBGB closed its doors in 2006 - a casualty of the neighborhood’s rising rent prices.

When Bob Holman opened the Bowery Poetry Club in 2002, real estate experts told him the Bowery would never flip. Today it’s one of the few artistic venues still fighting to survive in the rapidly gentrifying neighborhood. Mason Granger, the club’s executive director, says the gentrification has cost the Bowery much of its unique character. “The gentrification of this whole area was, kind of just mimics big grand blandification of everywhere. When you look like, okay, what the Bowery looks like gentrified from what it was, it looks the same if you go to any major city that is gentrified.” But inside the Bowery Poetry Club, it’s still all about the art. The club regularly hosts poetry workshops, slams, and open mic nights. Bowery Poetry Club shares its space with Duane Park, a burlesque establishment that offers audiences a taste of at what arts on the Bowery once looked like. It’s a place out of time, where the old and the new come together.

It’s all part of their mission to maintain the soul of the Bowery and foster a new generation of artists to continue its legacy. “We all know what's important and what's important to the songs that we sing to each other and the stories that we tell to each other,” says Holman. “How we say who we are comes from what we create.”