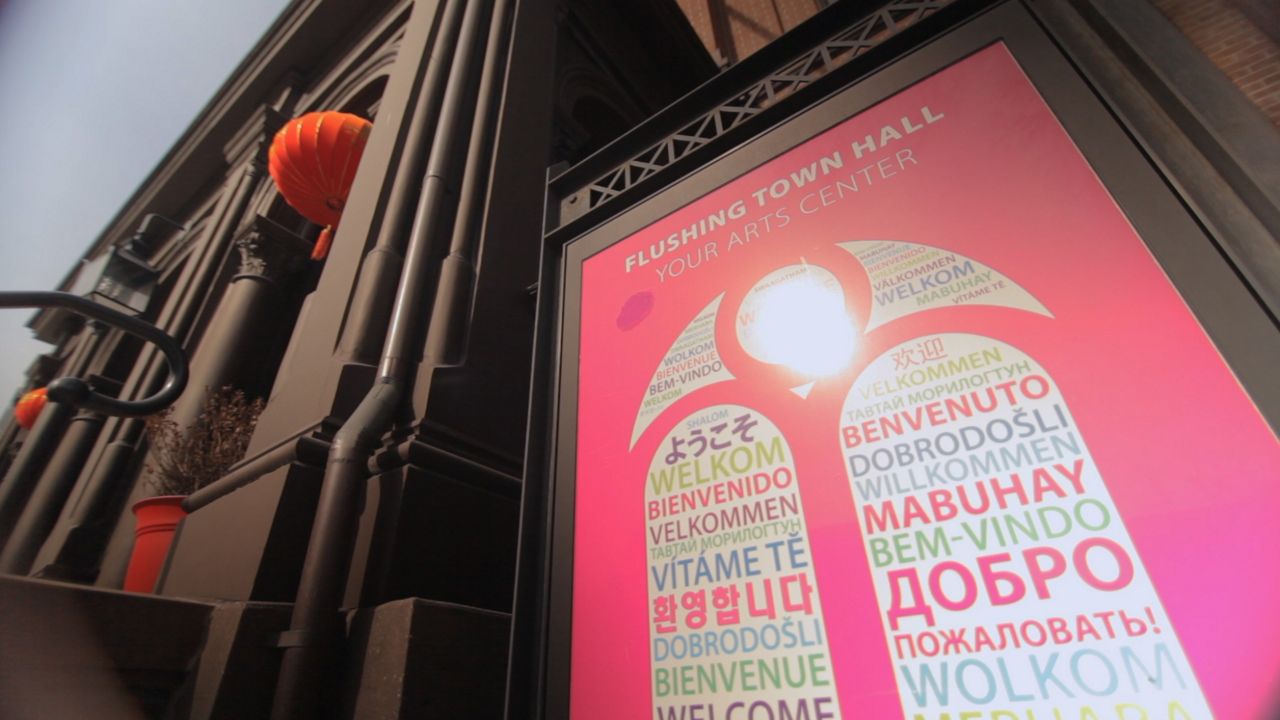 Northern Boulevard: A Model of Tolerance for Centuries

This story is the second installment of NY1’s new initiative, “Street Level,” which explores the city through the history and culture of specific streets and the people who live there. You can watch the full episode in the video above and learn more about the project here.

Running right through the heart of Flushing, Queens, Northern Boulevard houses one of the most diverse communities on planet Earth—and its diversity is no accident. In fact, historians say you can trace the tolerance enshrined in the U.S. Constitution  to one block in the center of Flushing—located between Main Street and Union Street. Today, this block is lined with a cultural kaleidoscope of bustling businesses, owned and operated by immigrants hailing from just about every corner of the world. Take a walk down Northern Boulevard and you’ll hear the song of tolerance in no less than four different languages. And yet the common tongue here boils down to one easily understood mantra: “Live and let live.”

Below, we’ve collected stories about Flushing’s singular history, offering a snapshot of the incredible New Yorkers who make this iconic boulevard come to life every day.

To understand the “live and let live” attitude of Flushing, you have to go all the way back to 1657, when a group of residents wrote a letter to the governor of the Dutch company that controlled the area.

“Peter Stuyvesant [was] a very heavy handed governor of the new Netherlands colony,” says John Choe, who works at the Greater Flushing Chamber of Commerce. “[He] felt that the influx of religious minorities was a threat to the colony… So he issued an edict to ban Quakers from coming into the colony and prohibiting anyone from welcoming them into their homes. And the people in Flushing rose up in resistance.”

The letter became known as the Flushing Remonstrance. “They issued a document that said, ‘This is wrong, and we believe that any of God’s children are welcome here,’” says Queens historian Jack Eichenbaum.

Stuyvesant threw some of the signers in jail, but the pressure it sparked eventually prompted Dutch authorities to have Stuyvesant back down.

The armory  where the document was signed now houses a local police department facility. And, as fate would have it, located directly across the street from the historic site is one of the only buildings in New York City that can rival its spirit of inclusivity: the Flushing Town Hall.

Although the building no longer houses government officials, its legacy of celebrating and protecting the neighborhood’s diversity is still alive and well. For about 40 years now, the building has been a cultural center dedicated to celebrating its community.

“We have this beautiful city-owned building in which we can welcome people from all around the globe for incredible arts and culture programs,” says Ellen Kodadek, a community organizer at the Flushing Town Hall.

For Ellen, it was her family’s own experiences with one of history’s darkest chapter of division and prejudice that inspired her to unite people through the arts.

“Most of my relatives were killed in the concentration camps,” says Kodadek. “I really got to see the fear that people have of one another that causes them to do really dreadful things. And, again, if you can find opportunities for people to talk to each other, to figure out what their issues are, what their concerns are, what makes them happy, what makes them sad, that’s how you bring people together.”

One jam session brought together  western swing and Balkan and Russian gypsy music for a night of dancing and cultural fusion. If you need a moment to wrap your head around that, rest assured: it was awesome.

To really understand the joy this community takes in celebrating its diversity, all you have to do is visit during the Lunar New Year Parade.

During Lunar New Year, immigrants from mainland China, Taiwan, Hong Kong, Singapore, and Korea, and along with New Yorkers of all backgrounds, take to the streets in Flushing to celebrate the Asian cultural event.  Participants dress up in vibrant costumes, march side by side with magnificent floats and dance through the streets.

The parade route ends at Flushing Town Hall, where participants and neighbors come together for a cultural festival featuring dance and musical performances, traditional Asian arts and of course, lots and lots of food.

The parade takes place every year in the beginning of February, but its very existence may be at least partially dependent upon something that occurred 45 years ago in Flushing: the 1964-1965 World’s Fair.

That same year, people from around the world flocked to Queens for the international celebration of innovation known as the World’s Fair. The attendees stayed in nearby Flushing, a new opportunity to stay presented itself, many Asian families settled in the community, later inviting  others from their home countries to live in the neighborhood. The change in demographics triggered pushback. In 1996, local councilwoman Julia Harrison said the newcomers were “more like colonizers than immigrants.” Activists, like John Choe, fought back.

“I felt that an elected official had no right to scapegoat her constituents,” Choe says. “So I became involved in getting more people involved in the community, in politics.”

But in order to bring together local leaders from a diverse set of backgrounds and experiences, they need a place to come together, right? Well, it just so happens Flushing has that building, too.

No community exists in a state of perfect social tranquility, but what makes Flushing exceptional is residents' historic commitment to listening to one another. One place that has a deeply rooted tradition of helping to resolve disputes within the community is the Old Quaker Meeting House.

Dating back to the 17th century, the unassuming building stands in direct contrast to the rapidly growing business district of Flushing. Then, as now, the meeting house offers its visitors a brief respite from the go-go-go nature of New York City, allowing them instead to focus their attention on fighting religious intolerance, social injustice and violence.

Activist John Choe uses the space to bring his community together at a monthly interfaith breakfast.

NY1 attended one of the meetings, where Choe discussed healing the community’s racial divide.

“We benefit, many of us do, from our privileges in racial hierarchy,” Choe said. “How do we each, as faith leaders, help people sacrifice their privilege?”

It’s this type of introspection that is the cornerstone on which people like Choe plan to continue building interracial relationships in the Flushing community.

“We've been here for over 20 something years,” says Ahmad Farhat while sitting inside his families’ restaurant, Kennedy Fried Chicken. “My father brought me in the store since I was seven-years-old.”

Ahmad, his father Ghulam, and his cousin Samir work together at the restaurant located on Northern Boulevard in the center of Flushing. Like so many others in the area, their American story begins when they were forced to flee their home, halfway across the world.

“We came to the United States because that's when the Soviet Union tried to take over Afghanistan. And all my family fled,” Ahmad says.

Flushing welcomed Ghulam Farhat with open arms. But that doesn’t mean his journey was an easy one.

“When everybody comes to America, it’s tough the first time,” says Ghulam. Not being able to speak English fluently was especially difficult for him, but he persisted anyways.

“He worked for two years, two jobs, three jobs to bring his other family, his parents and his brothers here,” Ahmad says.

Today, their business is thriving. And although Ahmad’s family arrived in Flushing some 300 years after it established itself as being a peaceful place of coexistence, Flushing’s history of inclusivity isn’t lost to them. "It's wonderful that the Quakers stood up because now there's a lot of diversity over here,” Ahmad says.