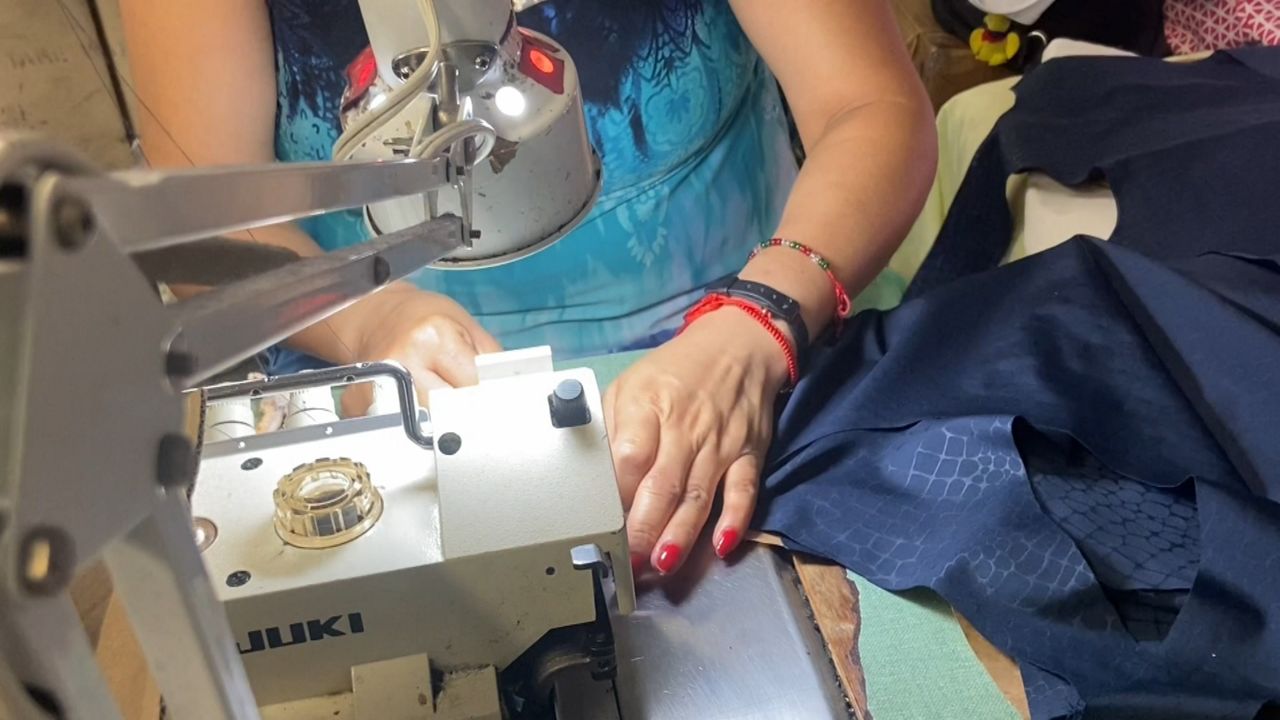 Bronx-based Jgame is a fashion line of tennis wear made in the borough from recycled plastic. (NY1/Amy Yensi)

It’s hard to tell, but a stylish tennis skirt with crocodile inspired pattern from Bronx-based brand Jgame is made mostly from recycled plastic bottles.

“You can even see that my little sweater here is the color of a tennis ball,” said Jackie Meretsky, the founder of the new fashion line of tennis wear.

Meretsky moved to the city from Canada in 2005. About a year and a half ago she got the idea to combine three of her passions: New York, tennis and the environment.

“I’m passionate about the environment because I have studied a lot about climate and atmospheric science. I also think that it’s where I see the future heading,” Meretsky said.

Before heading to the future or the tennis court, her skirts, tops and dresses are crafted at a clothing factory in the Bronx’s Mott Haven neighborhood. Meretsky says she did not experience the delays she would have experienced if she depended on an overseas factory.

Still, launching her line during the pandemic, using sustainable fabrics and producing locally has posed some challenges.

“It’s not as cost effective to manufacture here,” Meretsky said. “However, when you can have some control over the process, visit the factory and you see the ethical working conditions, you see the people taking breaks and having lunch, you feel good about it. And that’s everything to me.”

Meretsky says she hopes other companies will also put the planet over profits. She wants to be an example for them as well as her children.

For the women who are wearing her debut collections, she hopes they feel fabulous on the court.

“First and foremost, I want her to be comfortable. That’s the most important thing, I want the clothes to have movement,” Merestsky said. “And I want her to know that she is supporting New York City and she’s supporting the environment.”

Jgame clothing items are available online. In the near future, the entrepreneur with a purpose is hoping to launch a tennis wear line for men.