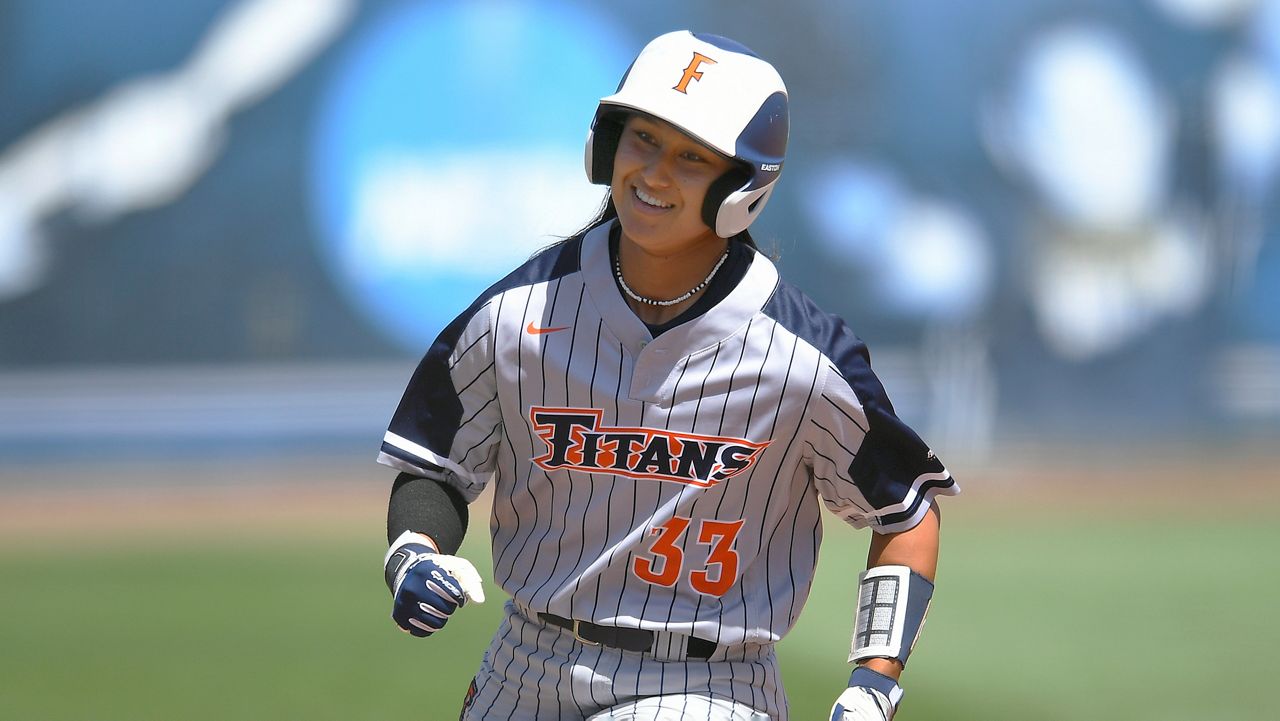 Kelsie Whitmore was signed by the Staten Island FerryHawks, making her the first woman to ever play in the Atlantic League and an inspiration to Staten Island softball players. (AP Photo/John McCoy)

Presley Setaro has been playing softball since she was seven. Today, she’s a busy 10-year-old playing shortstop and pitcher for two different leagues on Staten Island.

“It means a lot to me. It’s my favorite sport,” Setaro said. “It makes me feel happy and excited when I get to play.”

Setaro says she knows she wants to be in this sport for a long time, so when she saw the Staten Island FerryHawks sign a female player, Kelsie Whitmore, she couldn’t help but smile.

“I still knew that I was always going to play, but I had a little less courage that I’d be playing when I get older," Setaro said. "But now I know that I’ll be allowed to play, and I’d be able and I’m really looking forward to when I get older."

At the FerryHawks' first game, 23-year-old Whitmore was used as a pinch runner in the ninth inning, making her the first woman ever to play in the Atlantic League, and one of the first women to play for a team affiliated with Major League Baseball.

“It says that girls could really do anything,” Setaro said.

Nine-year-old twins Kassidy and Kelsey Burke have been playing softball for two years. They, along with Setaro, play for Great Kills Little League. The twins didn’t know about Whitmore, but when NY1 told them, they were starry-eyed.

“Normally girls don’t play baseball, and it’s nice to see that she’s playing baseball and she might play, so it inspires me,” said Kassidy Burke.

“That means that girls don’t have to just play one sport with a ball that you throw. It means that you could play more than one, 'cause that means I could play softball and baseball,” added Kelsey Burke.

Kelsey Burke says not only does it inspire her to continue playing softball, but to continue to chase other goals within the sport.

“Gives me hope that maybe if I watch her, maybe when I get older and go higher in a higher age of softball, I can learn how to pitch,” she said. “It gives me hope that I feel like I can come from shortstop to now be a pitcher.”

The three Little Leaguers say they hope to see Whitmore in action come the FerryHawks' first game on Staten Island on Tuesday, May 3.