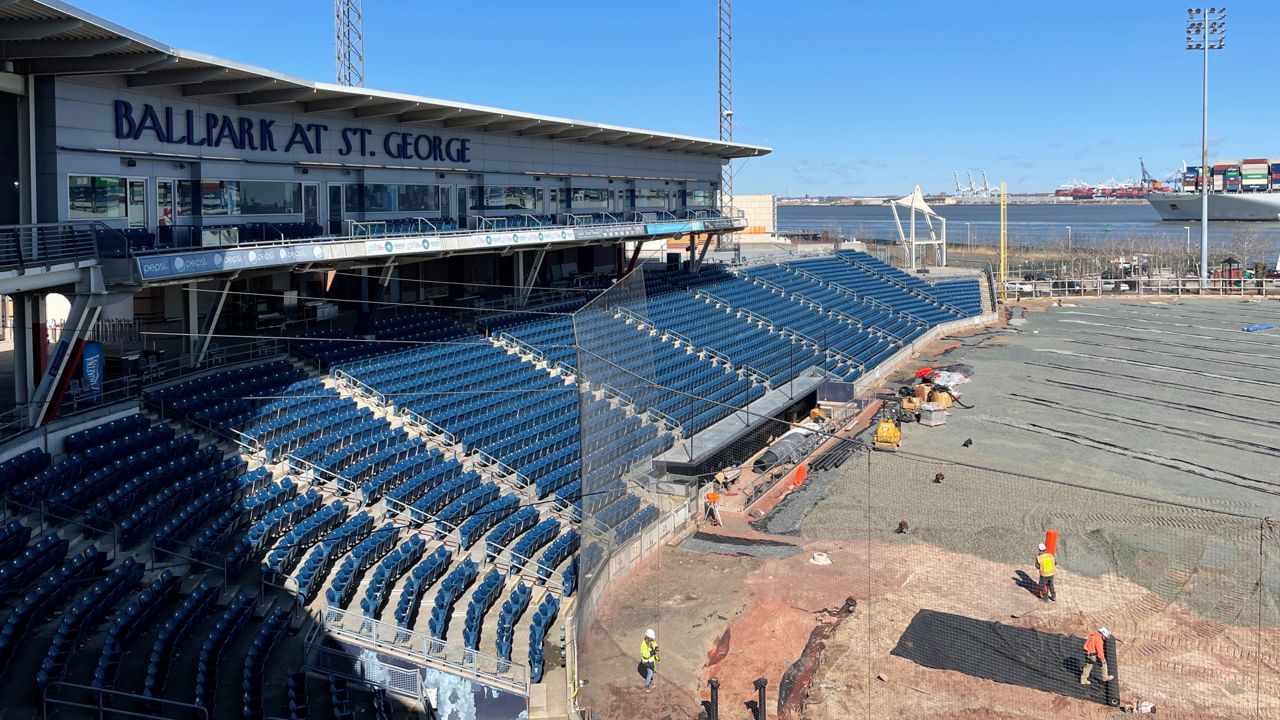 The city and the Staten Island FerryHawks' ownership group spent $10 million on renovations for the team's stadium. (NY1/Shannan Ferry)

The transformed home of Staten Island’s new independent baseball team will feature a wide range of concessions, a turf field, and improved amenities. Construction began in November and is still ongoing ahead of the team's inaugural season.

The goal is to make the St. George stadium a destination not just for baseball, but for entertainment and other events.

"I think the Staten Island community wants baseball back," general manager Gary Perone said. “This is your borough, this is your team. You have this special, iconic place here."

Perone says local businesses will be invited in to serve signature dishes under the banner "Taste of Shaolin."

The FerryHawks’ were established last year after the ballpark’s previous occupants — the Staten Island Yankees — were shutdown before the 2020 season as part of a consolidation of baseball’s minor leagues. The new team is part of the Atlantic League, independent from Major League Baseball. Familiar names on the team include infielder Kacy Clemens, son of former New York Yankees great Roger Clemens, and former New York Mets Edgardo Alfonzo and Nelson Figueroa, who will be the manager and pitching coach, respectively.

The FerryHawks’ home opener is May 3.