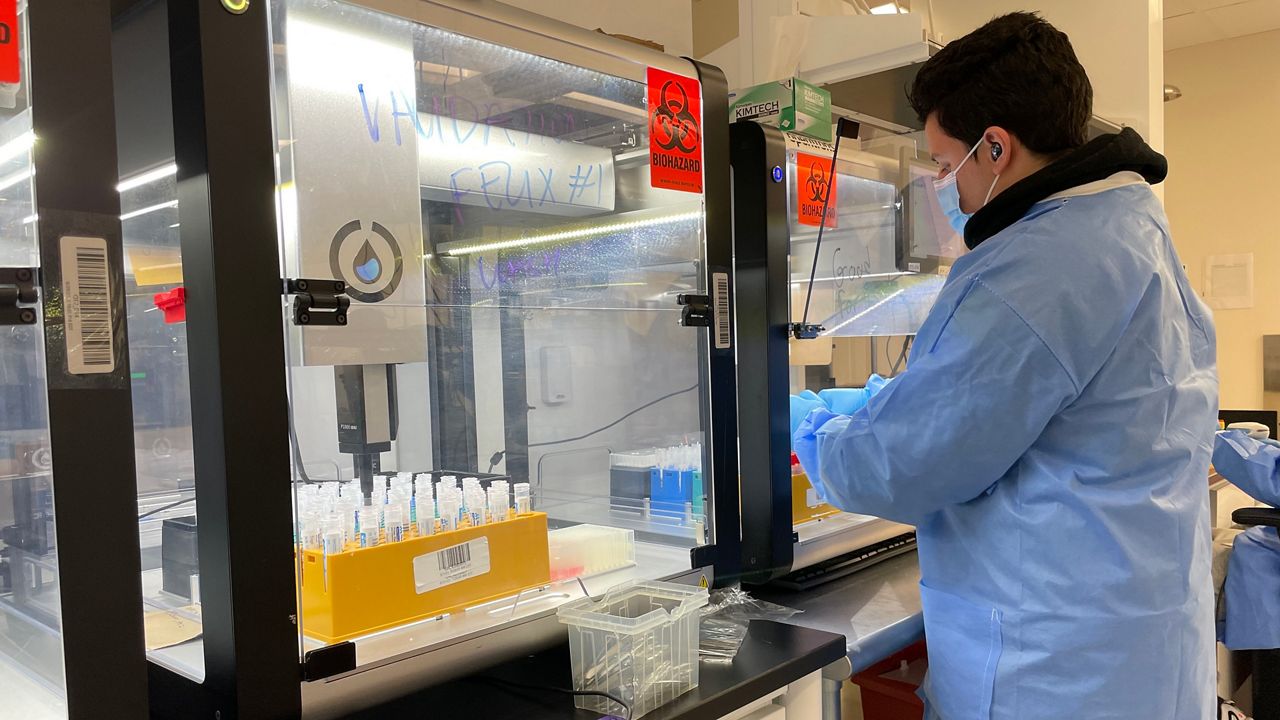 How New York City is expanding its life sciences industry

NEW YORK — If you’ve ever taken a COVID-19 test in New York City, it’s highly likely your sample was processed by one of the machines at the Pandemic Response Lab.

Since last September, Opentrons, a company that builds robots for biologists, has been processing COVID-19 tests for the New York City Health + Hospitals system.


“New York has a rapidly growing life science ecosystem that has enabled businesses like ourselves to grow quite rapidly,” said Jonathan Brennan-Badal, CEO of Opentrons — Pandemic Response Lab.

So rapidly that the lab recently moved from Midtown East in Manhattan to a new building in Long Island City that wants to attract companies in the life sciences sector.

Coming out of the COVID-19 pandemic, the city sees life sciences as key to its economic recovery.

“Beyond all our traditional industries, beyond the tech community that has grown so successfully in New York City, we need to build up life sciences. This is the future,” Mayor Bill de Blasio said at a news briefing on June 9.

That month, de Blasio doubled the city’s investment in this sector: $1 billion in the hopes of attracting new businesses, capital and jobs.

“Many of the life-saving discoveries that can help prepare us and save us from this pandemic and prepare us for the next pandemic, we think can and should be discovered right there and grow into businesses," said Rachel Loeb, the president and CEO of the New York City Economic Development Corporation, or EDC.

She believes the city, with its renowned academic institutions, talent pool and thriving tech sector, is the perfect environment for an industry that, according to the EDC, has grown to about 300 companies, and that attracted more than $1 billion in venture capital last year. Jonathan Bowles, from the Center for an Urban Future, agrees.

“There was some growth happening before the pandemic, but I think with the right investment New York can really build on the strengths and assets it already has and add thousands of jobs in this sector,” Bowles said.

And there’s one more thing this industry needs and New York has to offer now more than ever: commercial space.

“There’s gonna be a change in how people use office space,” Loeb said. “We don’t know what that is exactly, we don’t know where it settles, but we do know that what never shut down were the labs.”

For the last decade, the life sciences sector has been developing in hubs all over the city. Take Harlem Biospace: founded in 2014, this bio technology incubator offers shared wet lab space to researchers and companies.

“We think that this area has the greatest potential to be a life science hub for New York City,” said Christine Kovich, a co-founder of Harlem Biospace.

It is located right by Columbia University’s Manhattanville campus and south of City College, in an old industrial section of Harlem now thriving with life science companies.

“More NIH funding, National Institutes for Health funding, is coming to institutions in New York City than anywhere else in the country,” Kovich said. “And we saw during the pandemic how these institutions helped solve for all the challenges that came up with the pandemic.”

De Blasio also wants this industry to be part of his inclusive recovery, creating opportunities for young New Yorkers who’ve traditionally been underrepresented in sciences.

“When you are talking about wanting an inclusive workforce, that inclusive workforce is our student body,” CUNY Chancellor Félix Matos Rodríguez said. “Have your camera turn around and take a look at the students here at City College or in our campus, we are the face of New York City.”

One of those CUNY graduates is George Kenefati, now an intern with the life science internship program developed by the EDC.

“I know that there are other students like me who look for opportunities like these,” Kenefati said.

Born in Venezuela, Kenefati is a DACA recipient. He’s about to finish his master’s degree in Biomedical Engineering at Columbia University. As a career, he wants to study the brain.

It is still too soon to know whether the city’s investment will pay off. New York City ranks eighth, well behind Boston and San Francisco, in the list of top life science clusters in the country, a ranking compiled by the real estate group CBRE.

But, for now, at a time when health has proved key to any economic recovery, the de Blasio administration doesn’t want to miss the boat.

“Are we gonna compete with San Francisco or Boston tomorrow? No,” Loeb said. “But do we think that there’s the potential? Yes.”