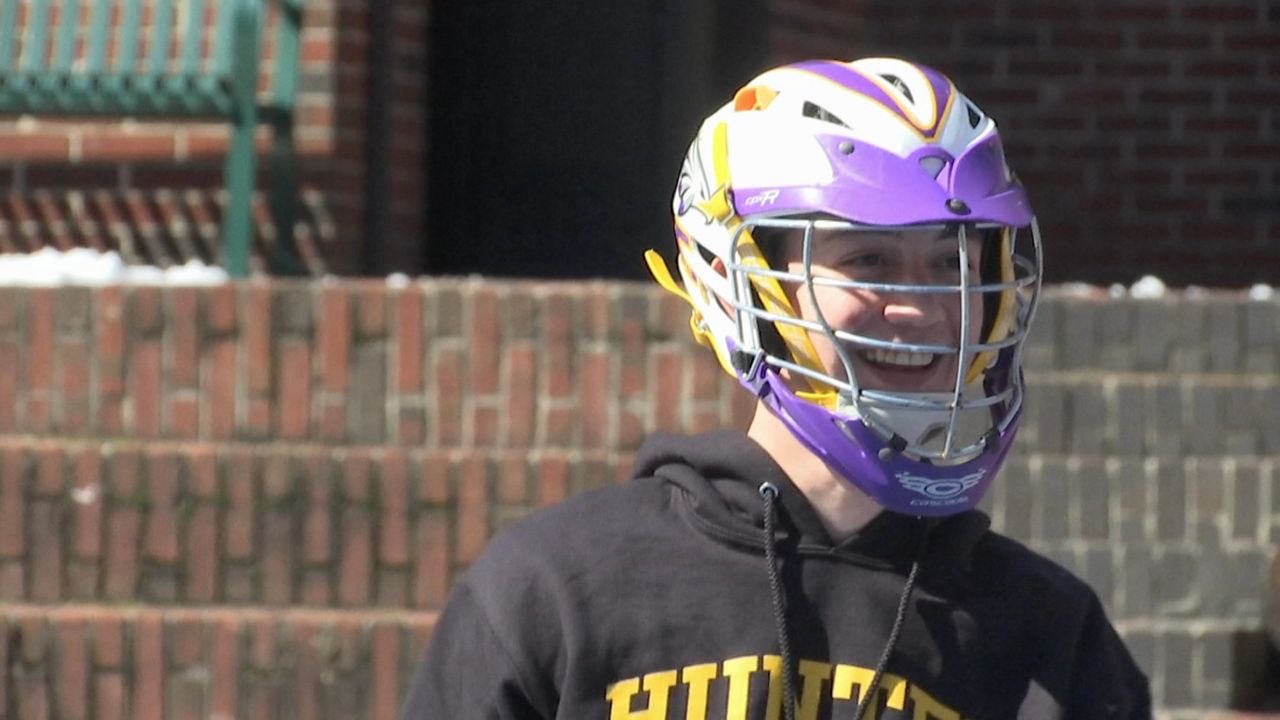 Love for his hometown team, the New York Knicks, is what first inspired Luca Wernick to pick up a basketball.

"I was very, very engaged in the Knicks. I'd see them on TV. It was a big Knicks tape and I fell in love with this one player, [Iman] Shumpert," said Wernick, a senior at Hunter College High School. "It was fifth grade-ish and I said, 'I want to play basketball!'"

The point guard just wrapped up his fourth season on the varsity squad, landing near the top of the PSAL leaderboard in both assists and rebounds. Wernick served as team captain his junior and senior years, helping younger players find their places on the court.

He says what he loves most about the sport is the bond he's built with his teammates over the years. "They make it fun for me to come every day. We've all been together since seventh grade here, so we've really grown together, almost like brothers, like a family," said Wernick.

While basketball keeps Wernick busy in the winter, he plays lacrosse in the spring and soccer in the fall.

His coaches say it's not just his athletic ability that makes him so valuable. "I coach by myself out in the field, said Johnson Wong, Wernick's lacrosse coach. "So it's important for me to have good leadership. And when it's time for me to work with maybe younger players or maybe the defense, I know that I can rely on putting a lot of the responsibilities on Luca to kind take control of the other kids that are part of the team."

Wernick is just as focused in the classroom. He scored straight As in all of his advanced placement courses, while also managing a long list of extra-curricular activities and volunteer work. He serves as president to the school's athletic association, where he oversees 54 teams, organizes tournaments, and manages equipment. On the weekends, he tutors young students from East Harlem in English and math.

"There's no point in doing anything halfway, I don't believe in shortcuts," he added. "I think sports have taught me you have to be your best self both on the field, off the field, as a sportsman."

So for giving everything his best shot and leading others to do the same, Luca Wernick is our Scholar Athlete of the Week.

The Spectrum News NY1 Scholar Athlete Program recognizes exceptional public high school student athletes with academic scholarship awards of $1,000 each for use towards college expenses. Nominees must be high school seniors enrolled at public high schools within the five boroughs of New York City in order to be considered.

If you are a public school coach, teacher, administrator or school counselor who would like to nominate a student athlete who excels both in the classroom and on the court, click here to fill out a nomination form.