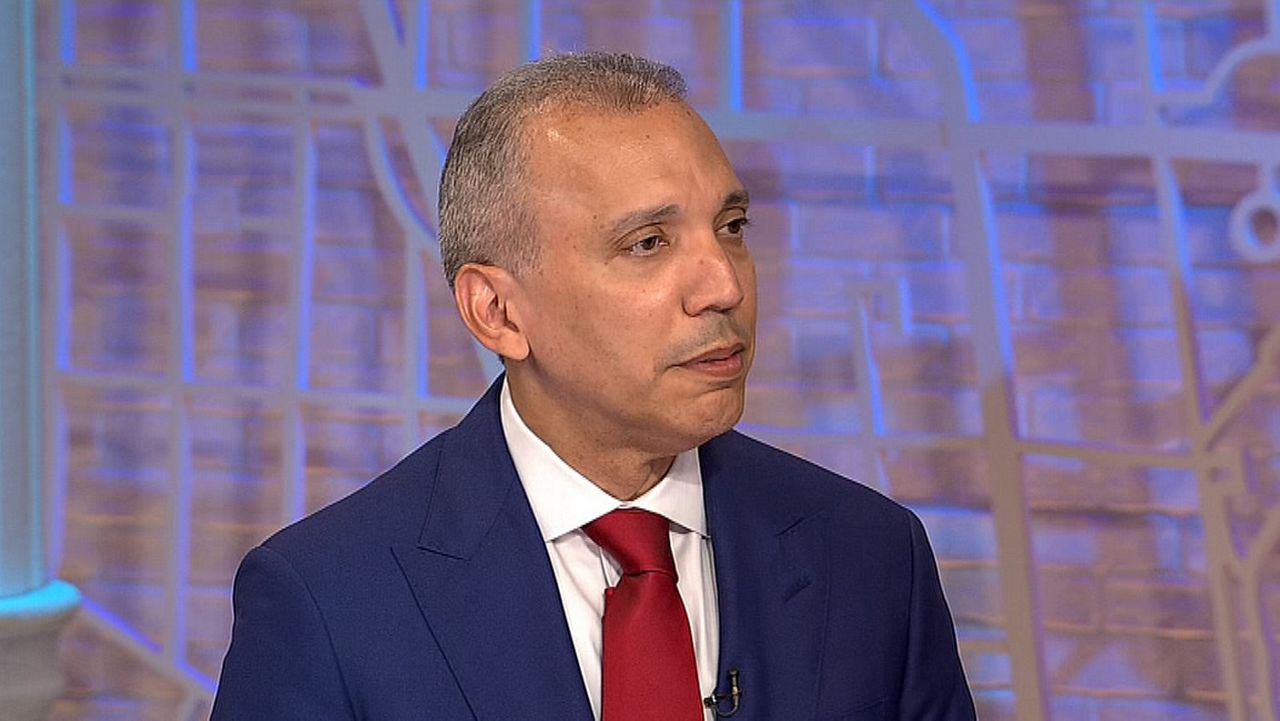 This week, the city’s Department of Correction will once again be before a federal judge to make their case to keep control of Rikers Island.

Already lawyers for detainees on the island are demanding a federal takeover.

Ahead of that hearing, the department’s commissioner sat down exclusively with NY1 to detail why he thinks he should stay in charge.

Commissioner Louis Molina has been at the helm of the city’s most troubled agency for almost a year, tasked with the mission of turning around Rikers Island.

Ten and a half months in, he is left defending the state the city’s jails are in now.

“I look forward to going to the court again on Thursday and any future conferences that she schedules,” said Molina on Monday afternoon. “I think it’s important for the court to understand me as commissioner.”

The commissioner, along with the jail’s federal monitor, lawyers representing detainees and federal prosecutors, will all be in court later this week to convince a judge what the next steps for the city’s troubled jail complex should be.

Eighteen people in custody or recently released from custody have died this year.

Stabbings and slashings and violence persist.

So much so, on Monday, lawyers for detainees from the Legal Aid Society wrote to the court detailing their plans to file a motion to request a federal receiver take over Rikers Island.

It’s not something the department supports.

“I understand Legal Aid’s frustration,” Molina said. “I mean, from 2015 to 2021, not much was really done in moving the needle regarding reform of the department. But this administration has shown a commitment to taking on the responsibility and being very action oriented.”

In his interview with NY1, Molina acknowledged the department has a long way to go, but he claimed there are some improvements over the course of his tenure.

“This is a complicated problem and requires a lot of nuance, subject matter experts to navigate us through it,” he said. “And I believe the team that we built up at this department is a team that the department has never had fully focused on this issue. And with time we’ll be turning this department around.”

On Monday, the federal monitor for the jails revealed a potential agreement between the parties to ask for court approval to allow the city to hire wardens from outside the agency.