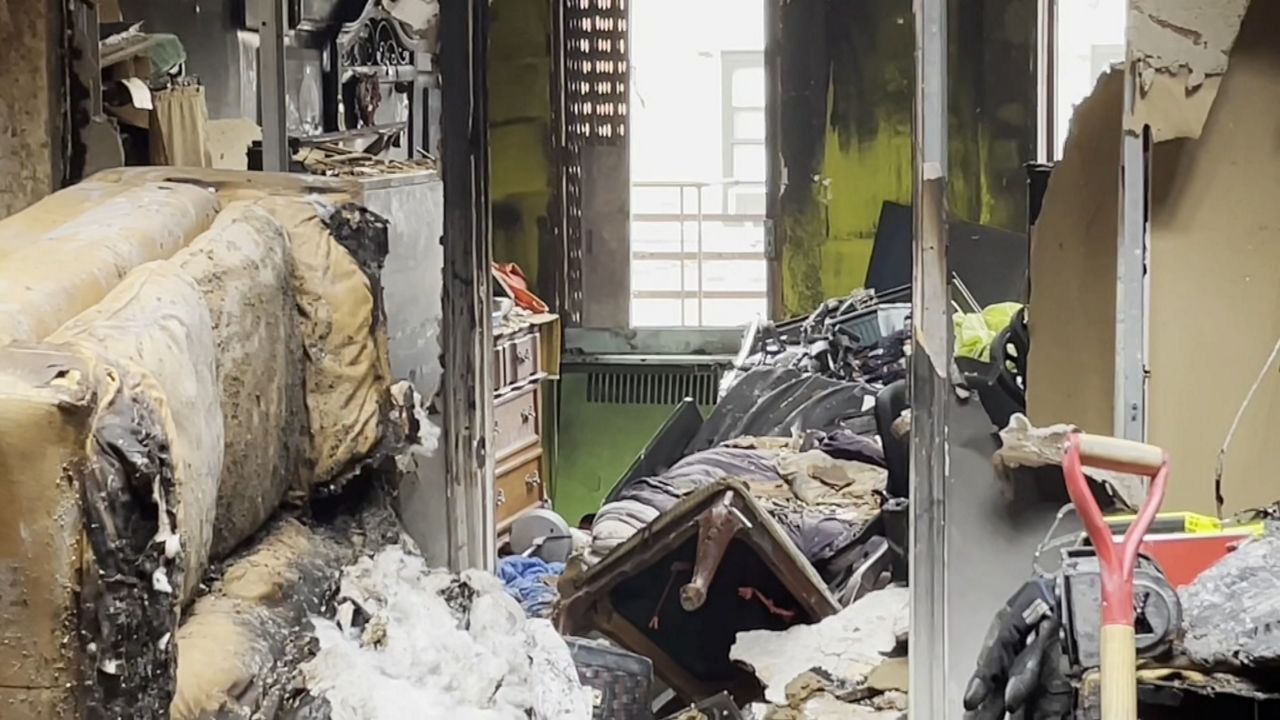 The sixth-floor apartment at 1466 Towsend Avenue in the Bronx was unrecognizable Monday afternoon.

A fire started a little after 8:30 a.m., leaving behind destruction in the unit and sending four people to the hospital.

“It’s very sad for them. They work. The lady is always working. And so is the husband,” said a neighbor who lives on their floor but didn’t want to be identified by name. “It’s really upsetting something like this happens to you in a blink of an eye.”

Sanchez says his cousin is a food delivery worker and uses an e-bike to get around. He says the battery for the device was charging and they believe that’s what started the fire. Fire officials are now trying to figure if the battery sparked the flames.

This year, there has been an increase in fires caused by e-bikes and the lithium-ion batteries they use. Between Jan. 1 and May 3 of 2022, the FDNY reported a 233% increase in those types of incidents compared to the same time last year.

Here are tips from the FDNY about lithium-ion batteries:

Here are tips from the FDNY about disposing lithium-ion batteries: