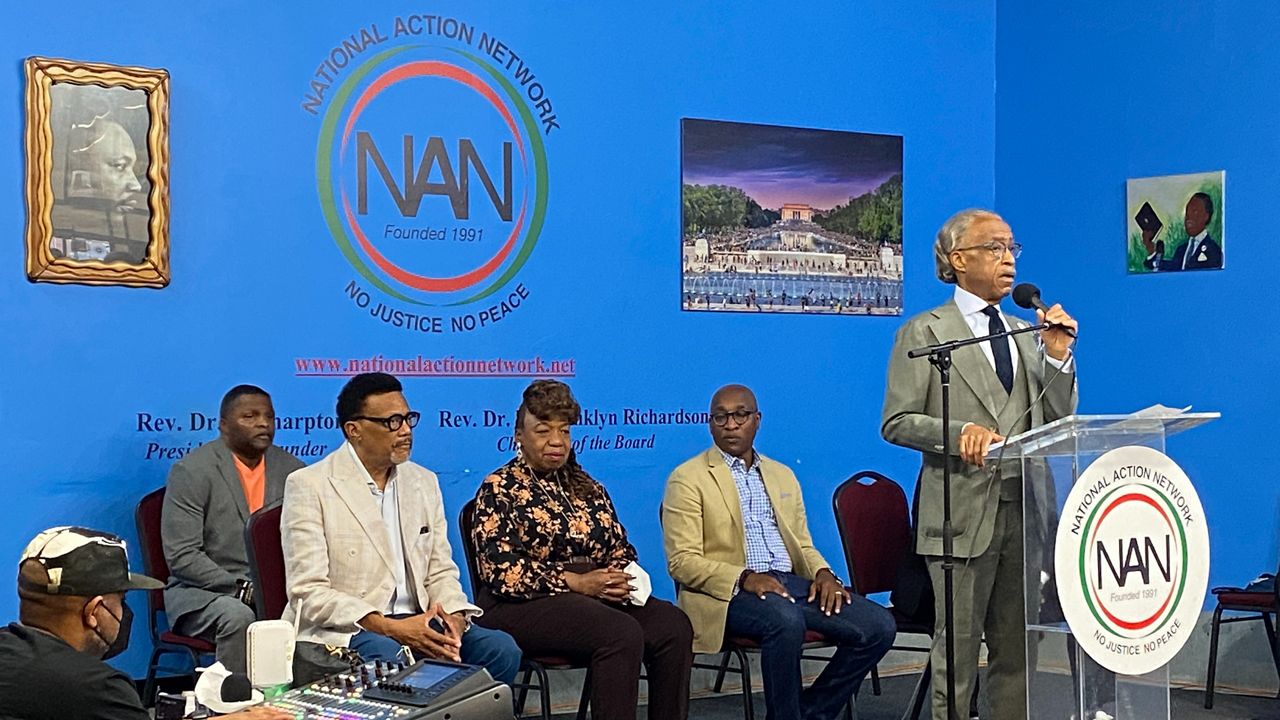 A.T. Mitchell was named gun violence czar by the mayor earlier this week. On Saturday, he spoke at the Rev. Al Sharpton's National Action Network headquarters in Harlem. (NY1/Arnold Davick)

“He’s been true to fighting for the rights of this community but also true to fighting violence. He’s not new. He comes from the ground up, not from the penthouse down,” Sharpton said. “He come out of Brownstone, like I did.”

A.T. Mitchell was named gun violence czar by the mayor earlier this week.

“I’ve been given the charge by this man, this day and this day and time, to really continue to do the work I’ve been doing for close to 30 years,” said Mitchell to the congregation.

Mitchell has worked against violence in the city, having founded Brooklyn-based anti-violence group, Man Up!

The city Department of Investigation cited that organization in 2019 for financial mismanagement.

His appointment has also been met with some controversy as Mitchell has served time behind bars. Adams has defended his pick and on Saturday, Mitchell addressed concerns saying his past makes him the right person for the job.

“Yes, I’m a formerly incarcerated person, so are the people that we going out into the street to reach, and so you gotta be able to relate with them,” says Mitchell.

His appointment comes as the mayor focuses on gun violence amid a rise in crime across the city and as several mass shootings nationwide have dominated headlines. Sharpton told the congregation he believes Mitchell can turn the gun violence culture around in the city.

Mitchell echoed gun violence in New York City communities is as big an issue as the mass shootings seen across the nation.

“There’s no difference between a white racist assassin in Buffalo and a Black racist,” Mitchell said. “Let me back that up because we can’t be racist. A Black miseducated, misguided, missile with a pistol in his hand.”