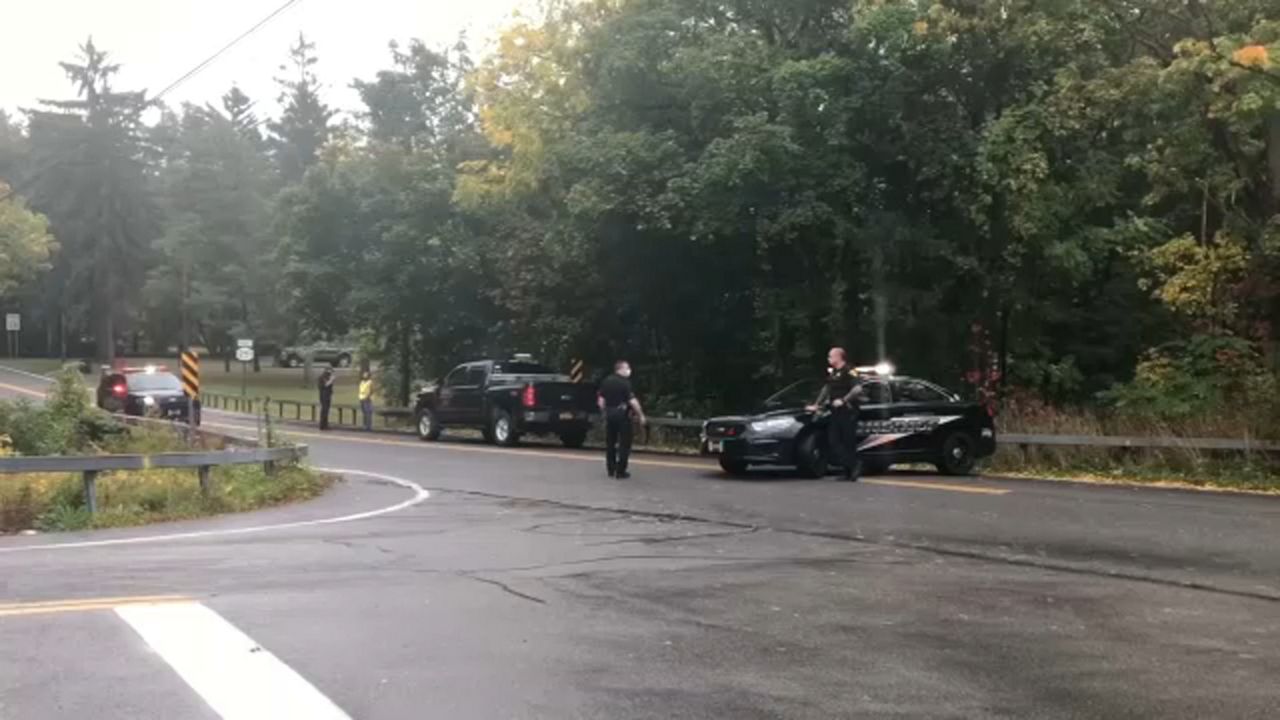 RUSH, N.Y. — The Monroe County Sheriff's Office has identified the driver killed in a tractor trailer crash in the town of Rush Tuesday morning.

Police say Richard Gaskill of Penfield was driving a tractor trailer along Rush Mendon road when the truck went off the side of the road and hit multiple trees.

Deputies also tell us the manner of Gaskill's death was ruled to be natural.

He died at the scene.

The accident caused a large fluid spill, which was later cleaned up by a hazmat team.