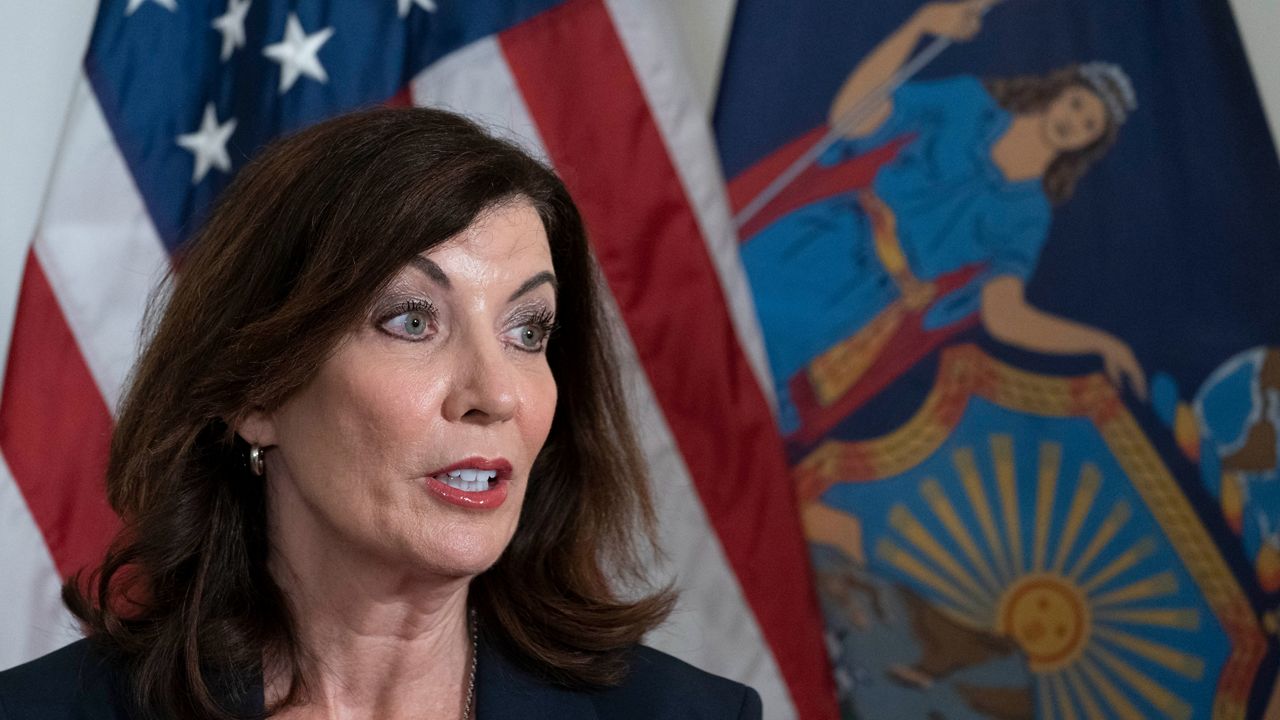 When the Supreme Court struck down Roe v. Wade in June, Governor Kathy Hochul called it “repulsive at every level” in comments to reporters.


"Today is a victory for life, for family, for the Constitution and for federalism," Zeldin said in a statement.

Zeldin has always been staunchly anti-abortion.

In April, he told abortion opponents in a town hall meeting that they would have an open door in the governor’s office.

"I do believe that it would be a great benefit for the state of New York to have a health commissioner who respects life as opposed to what we're used to."

But during the general election campaign, Zeldin has largely shied away from the abortion issue and downplayed the significance of the Supreme Court ruling.

Hochul, on the other hand, has made abortion central to her campaign.

"This is the state of New York, and we will protect a woman’s right to a safe and legal abortion," Hochul said at a news conference last week.

She allocated $35 million for abortion providers in the state budget in part to help meet increased demand from women traveling from other states where abortion is no longer legal. She also strengthened a requirement that insurers cover abortion services.

New York has also created legal protections for abortion providers and patients, and in July, advanced a constitutional amendment enshrining abortion rights. The amendment must pass the legislature a second time next year and then be approved by voters.

Hochul has also hammered Zeldin, calling his views extreme and dangerous in campaign advertisements, including one that said "he’s supported abortion bans so cruel, they include no exceptions for rape or incest."

Zeldin has indeed supported strict federal abortion bans in the past. He has also said New York should have informed consent and parental consent for minors, while doing more to promote adoption.

But he’s gone out of his way to distance himself from his own anti-abortion views, which are deeply unpopular in New York.

"Let me be clear. As governor, I will not change and could not change New York’s abortion law," Zeldin said in a campaign ad released last week.

It’s a departure from Zeldin’s position on criminal justice, where he’s promised to suspend state law by executive order.