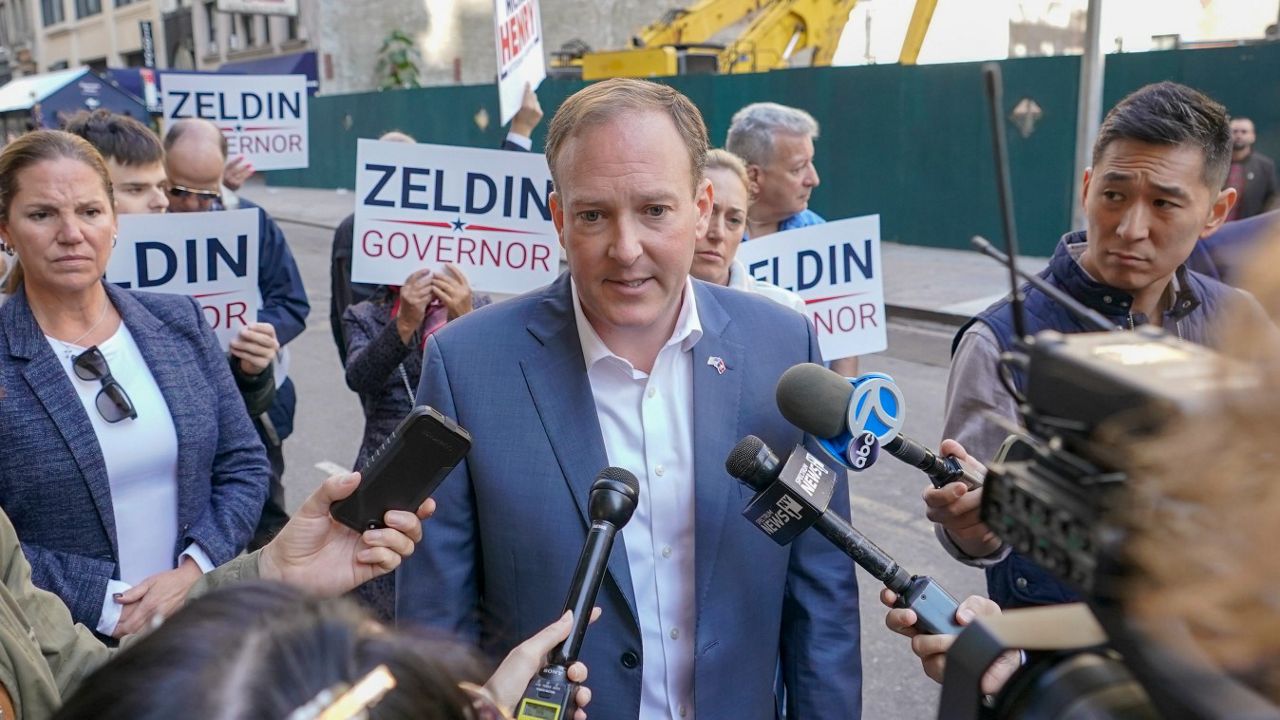 To an unusual degree, this year’s race for governor has revolved around a small handful of issues — with Republican Lee Zeldin zeroing in almost exclusively on crime.

The Long Island congressman wants to roll back just about every criminal justice reform enacted by the state in recent years.

That includes not only the much-maligned bail reform laws, but also the Less is More Act, which addresses parole violations; the HALT Act, which limited solitary confinement; and the law that raised the age for criminal responsibility to 18.

“The executive action will be to suspend the laws,” he said at a news conference last week.

Zeldin, who’s made a point of holding news conferences at locations where crimes were committed, has also been touched by violence personally: he was attacked onstage by a man with a sharp plastic keychain in July, and two teenagers were recently shot outside his Long Island home.

“I didn’t think that the next time that I’d be standing in front of a crime scene, it would be crime scene tape in front of my own house,” he told reporters at last week’s Columbus Day Parade in Manhattan, a day after the shooting.

Gov. Kathy Hochul, meanwhile, has highlighted crime-fighting efforts like a crackdown on gun trafficking and a plan to add subway cameras. She also tightened bail laws earlier this year.

But she’s placed gun reform front and center. That includes tough new concealed carry restrictions passed after the Supreme Court struck down New York’s previous law. New York also passed a package of reforms in the wake of the Buffalo mass shooting in May.

“We are raising the age of semi-automatic weapons so no 18-year-old can walk in on their birthday and walk out with an AR-15,” Hochul said at a bill signing in June.

She stands polar opposite from Zeldin, who opposes gun reform.

“I believe that the Supreme Court made the correct decision,” he told NY1 in June, “and that if a law-abiding citizen wants to safely and securely carry a firearm for their personal self-defense, we should not treat that the same way as the criminal who doesn’t care about the law and they seek to harm others.”

Meanwhile, Zeldin has been criticized as hypocritical for not more forcefully supporting the Capitol police officers assaulted on Jan. 6, and has been accused of fear-mongering in some instances, like a campaign ad that featured graphic images of violence over this narration: “You’re looking at actual violent crimes caught on camera in Kathy Hochul’s New York.”

Many of the crimes shown were in fact committed before Hochul’s time as governor, and one took place in California.