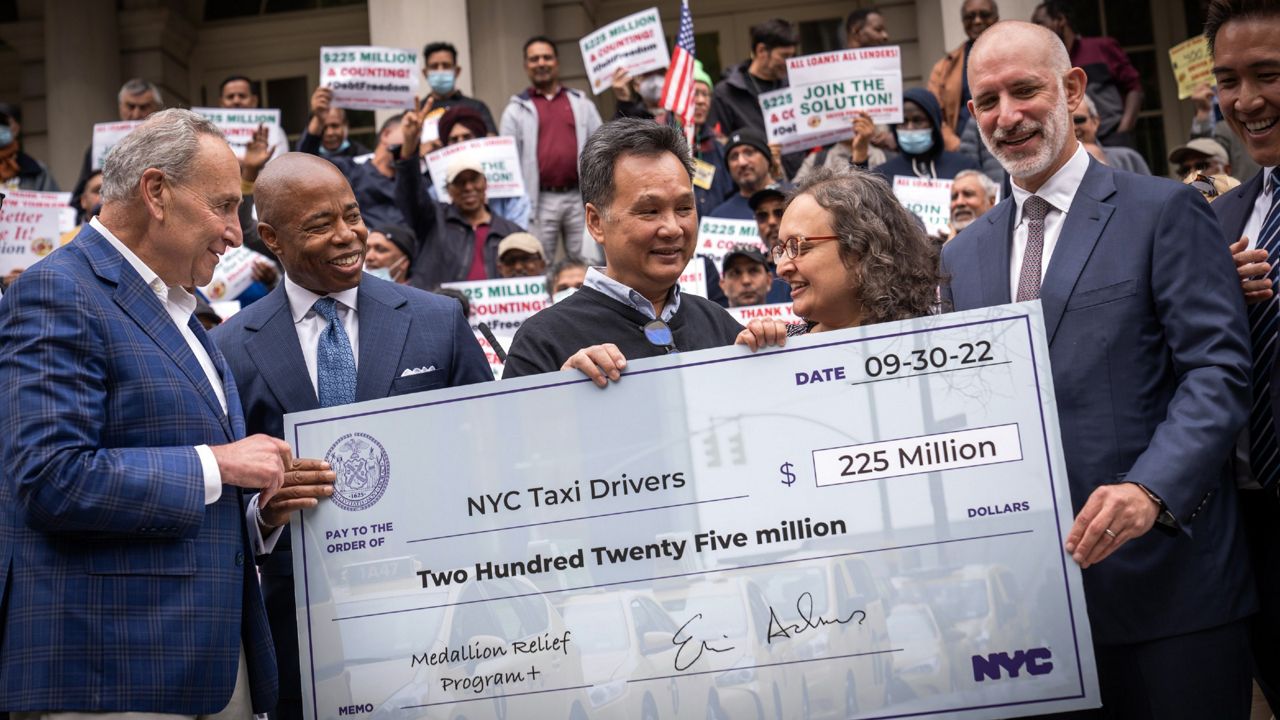 While a deal was first announced last year under former Mayor Bill de Blasio, the framework was only finalized last month, with support from Mayor Eric Adams.


“When Mayor Adams says he’s a get-stuff-done mayor, this is one great example,” Schumer said. “You got it done, baby. Thank you.”

Applications for the program opened earlier this month.

According to officials, over 1,000 drivers have already taken advantage — resulting in over $225 million of debt relief.

Under a deal with lenders, the city is providing cash grants of $30,000 per driver and guaranteeing the debt on restructured loans, which will be reduced to a maximum of $170,000 and down from an average of about $550,000.

“While we can help and assist big financial institutions, working people should get a cut too,” Ocasio-Cortez said.

Schumer, whose father-in-law worked as a taxi driver, said he had pressed de Blasio on the issue.

“Over a thousand [drivers] have reduced their debt,” he said. “They’re still paying a debt, but a debt they can live with, and work and be proud and support their families.”

Many taxi drivers found themselves buried under crushing debt when the industry was decimated by the rise of Uber and other ride-hailing apps. Several drivers resorted to suicide.

A push for debt relief culminated with a hunger strike at City Hall last year.

“Taxi owners and drivers are there for us,” Adams said. “Every time we raise our hands to hail a cab at a curb, they’ve responded. Now it’s time for us to stand for them.”

Bhairavi Desai, the executive director of the New York Taxi Workers Alliance said, “After everything that they have given to this city, they can finally feel that they are not only essential, but they are no longer expendable. And our beautiful city has recognized the value of taxi drivers.”