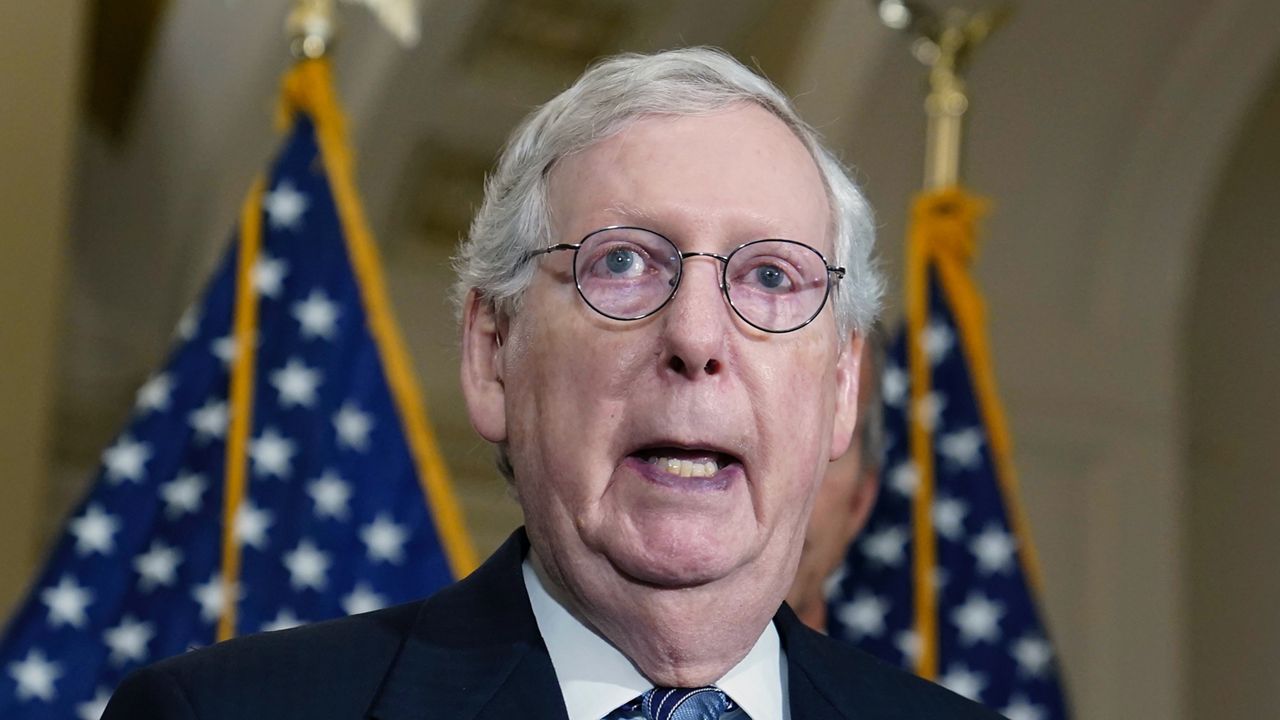 The Senate's version of the Electoral Count Reform Act, legislation to establish clearer guidelines for certifying and counting electoral votes in presidential elections, passed the Senate Rules Committee in a 16-1 vote, with two members voting in favor of the bill by proxy, bringing the measure one step closer to a vote.

The lone "no" vote came from Texas Sen. Ted Cruz, though the bill did pick up a major supporter outside of the committee: Senate Republican Leader Mitch McConnell, R-Ky., who said Tuesday that would support the measure.

The legislation would clarify and expand parts of the 1887 Electoral Count Act, which, along with the Constitution, governs how states and Congress certify electors and declare presidential winners. The changes in the certification process are in response to unsuccessful efforts by former President Donald Trump and his allies to exploit loopholes in the law to overturn his 2020 defeat to Joe Biden, and the violent attack on the Capitol by his supporters as Congress counted the vote.

"No one's likely to be completely happy with the final result, but this bill addresses and fixes the major flaws of the Electoral Count Act," Sen. Roy Blunt, R-Mo., said Tuesday.

McConnell's support for the measure bolsters the bill's chances of passing the Senate, delivering President Joe Biden another bipartisan legislative win ahead of the midterms – and offering another rebuke to former President Trump, with whom the Kentucky Republican frequently clashed.

“Congress’ process for counting the presidential electors’ votes was written 135 years ago,” McConnell said in announcing his support. “The chaos that came to a head on Jan. 6 of last year certainly underscored the need for an update.”

"I strongly support the modest changes that our colleagues in the working group have fleshed out after literally months of detailed discussions," the Kentucky Republican added.

"I'll be proud to vote for it and to help advance it," McConnell said on the Senate floor prior to the Senate Rules Committee markup. "The substance of this bill is common sense."

The bill's two main co-sponsors, Democrat Sen. Joe Manchin of West Virginia and Republican Sen. Susan Collins of Maine, have been working for weeks to nail down enough support to overcome the Senate's 60-vote filibuster threshold. The bill already has enough co-sponsors to overcome the filibuster.

Last week, the House passed its version of the legislation which is similar to the Senate version, but is not identical and carries far less Republican support. Both include language about increasing the threshold to object to a state’s electoral count.

Democratic Rep. Jim McGovern of Massachusetts said that assuming the Senate version passes both chambers it will then come together to iron out the differences.

“We need these rules clarified. That's what the House and Senate bills would do," McGovern said.

McConnell called the House bill a “non-starter” in the Senate because of the bipartisan compromise on the Senate language. “We have one shot to get this right,” he said.

Sen. Amy Klobuchar, the Democratic chairwoman of the Senate Rules panel, expressed a similar sentiment. The Senate legislation is the bill that “will achieve a strong bipartisan consensus,” she said.

When asked when the Electoral Count Reform Act will come to the Senate Floor, a spokesperson for Senate Majority Leader Chuck Schumer, D-N.Y., said that "it would depend on when Democrats and Republicans could agree on a date."