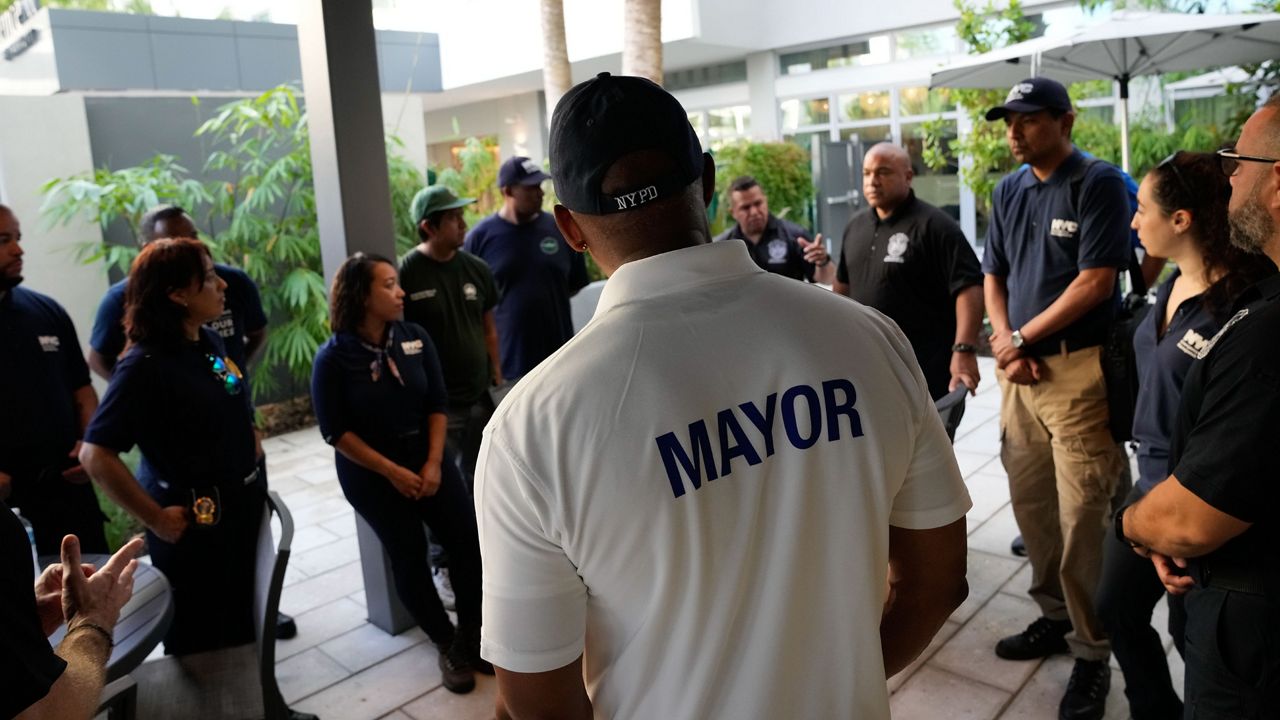 The storm devastated Puerto Rico, dropping over two feet of rain in some areas and leaving thousands without food, water and electricity.

The mayor arrived on the island shortly after 7 a.m. Sunday and first met with members of the city’s Emergency Management Department, who are also assisting in recovery efforts.

Adams then spoke with Puerto Rico Gov. Pedro Pierluisi at his official residence, before sitting down with San Juan Mayor Miguel Romero.

Meeting with my colleague Mayor @Miguel_Romero_ in San Juan. Puerto Rico has been through so much this last week and we will be with them in the days ahead.

You can support our brothers and sisters in Puerto Rico right now at https://t.co/knBwKOZli8. pic.twitter.com/nVdylIZUsn

The mayor is accompanied on his trip by Department of Transportation Commissioner Ydanis Rodriguez, Emergency Management Commissioner Zach Iscol, Rep. Adriano Espaillat and Bronx Councilman Rafael Salamanca, among other officials.

As of 2010, Puerto Ricans represented 8.9% of the city and 32% of the city's Hispanic community, according to the U.S. Census Bureau.