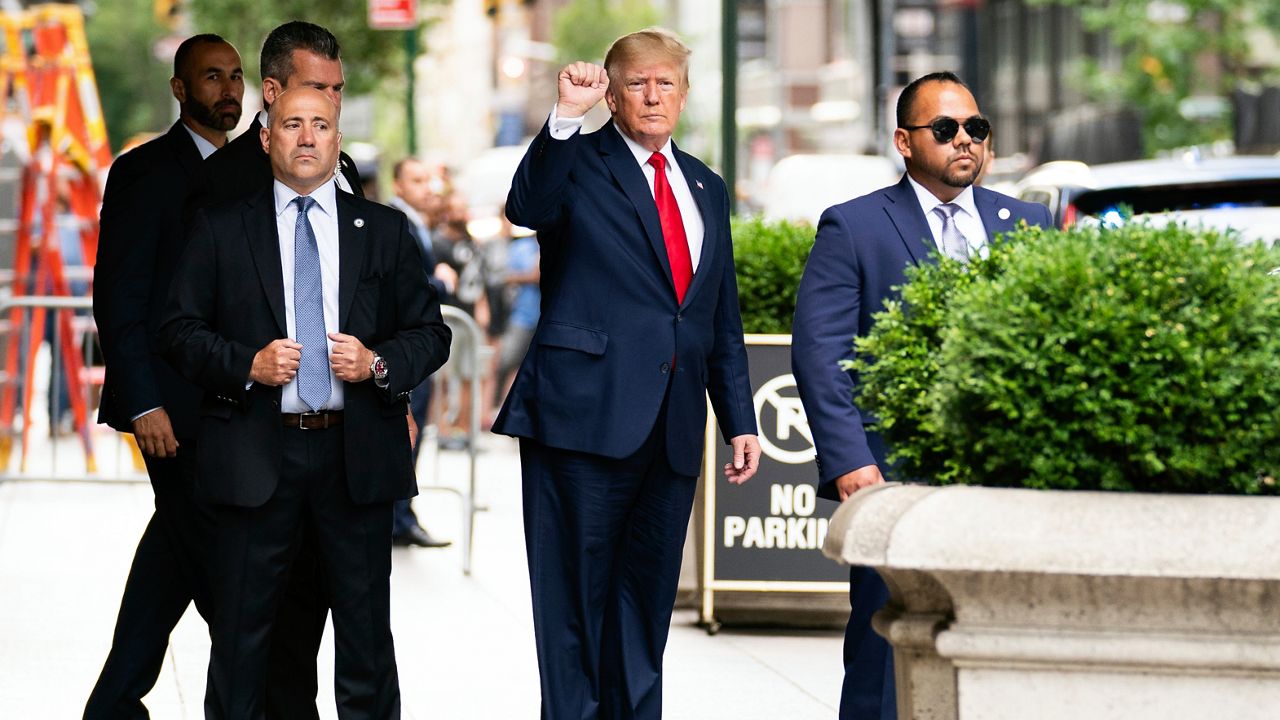 Former President Donald Trump gestures as he departs Trump Tower, Wednesday, Aug. 10, 2022, in New York, on his way to the New York attorney general's office for a deposition in a civil investigation. (AP Photo/Julia Nikhinson)

The New York attorney general’s Wednesday announcement that she is filing a lawsuit against Donald Trump is just the latest in a string of legal troubles faced by the former president.

Separate inquiries by Congress, local district attorneys, and the U.S. Department of Justice are also swirling around him and his organization.

In Georgia, the Fulton County district attorney is digging into efforts by Trump and those in his orbit to overturn the 2020 election results there.


Trump, who lost the state to Joe Biden, notably leaned on the secretary of state, telling him to find nearly 12,000 votes so he could claim he won.

Trump lawyer and former New York City Mayor Rudy Giuliani is reportedly one target of the investigation. Whether they will charge him or Trump remains to be seen.

Also under scrutiny: the Jan. 6 attack on the U.S. Capitol.

A special House panel is investigating what Trump did before and during the riot.

The committee has already spelled out many of its findings at a series of public hearings this past summer. Another hearing is scheduled for the Sept. 28.

While the committee cannot indict Trump, they could make a referral to the DOJ, which is reportedly already doing its own investigation of the circumstances surrounding the Capitol attack.

That is on top of the DOJ’s probe into Trump’s alleged mishandling of classified materials. That inquiry reached a turning point last month, when the FBI searched Trump’s Mar-a-Lago estate, finding a trove of documents marked top secret.

“There’s so many fronts on which to watch, it’s like a whack-a-mole for the Trump legal team,” Fredrickson said.

Back in New York, the Manhattan district attorney has been investigating the Trump Organization, focused on charges of fraud and tax evasion. Longtime Trump Organization Chief Financial Officer Allen Weisselberg has already pleaded guilty to 15 felonies.

The Trump Organization is scheduled to go on trial beginning Oct. 24.