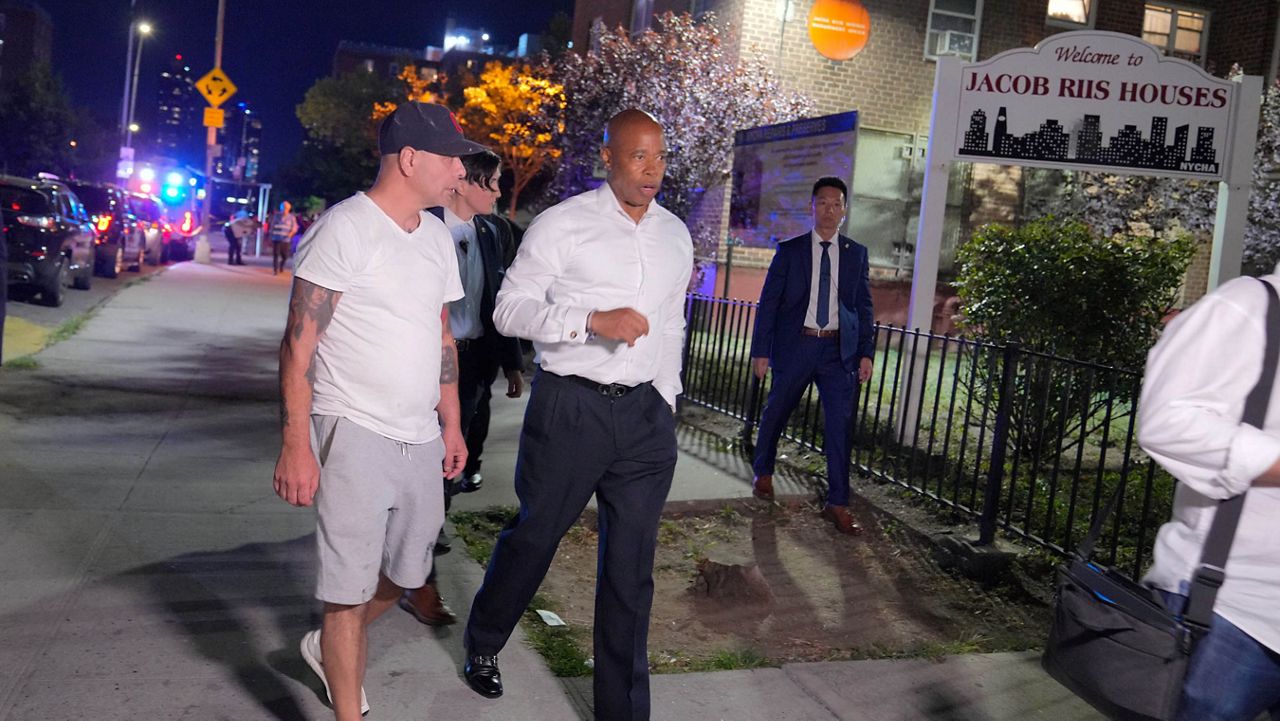 The letter, addressed to NYCHA CEO Greg Russ, said that “NYCHA residents deserve far better.”The document sent to NYCHA was cosigned by Council Members Gale Brewer, the chair of the oversight and investigations, and Alexa Avilés, the chair of the public housing committee.

It asked for NYCHA to turn over documents related to several line items of questions by Sept. 20.

Regarding the investigation into the Jacob Riis Houses water quality, one request they’re making of the housing authority is “a detailed timeline of when and how results were communicated to NYCHA and NYCHA residents.”

Water quality complaints are common at the East Village public housing development. A City Council memo shows 311 complaints since May 1 at the Jacob Riis Houses.

The second investigation will center on what the letter describes as “other water-quality issues at NYCHA developments.”

The councilmembers asked NYCHA for documents and data on all resident complaints in public housing about water from Jan. 1, 2017 to the present. The committees are also seeking information about when testing is triggered and when NYCHA notifies the city’s Department of Environmental Protection about complaints, sample collection and testing.

The city has since said the positive arsenic tests at the Jacob Riis Houses were faulty, but questions are being raised about the timing of when the housing authority alerted its residents about the toxins in the water.

Documents released by the city show there’s a seven-day gap between when the testing agency had its report approved for release to the city and when people at Jacob Riis found out what NYCHA officials already knew.

A private company, Environmental Monitoring and Technologies, conducted the first round of tests.

The samples, showing levels of arsenic above the EPA limit in drinking water, were approved for release to the city on Aug. 26. It wasn’t until Sept. 2, a full week later, that residents learned tests detected arsenic in their water.

Only then did residents get bottled water provided by the city.

“It just makes me very upset,” said Crystal Serrano, who lives at the Jacob Riis Houses.

Linda Mitchell told NY1 she doesn’t feel like NYCHA cares about its residents at all.

“I really don’t feel like I can trust anything NYCHA has to say,” she said.

Arsenic can cause nausea, vomiting and abdominal pain if the exposure is for a short period. Long-term effects can include various cancers, according to the World Health Organization.

And at a heated community meeting this past Friday, Russ revealed NYCHA delayed telling residents about the arsenic test results until a second test came back later that week. That sampling, also from Environmental Monitoring and Technologies, showed similar results to the first round — later determined to be inaccurate.

“When we saw the test results, here was our choice. Do we think that they are bad or do we retest?” he said to the crowd. “And if we retest and they come back, which is what happened because the lab messed it up a second time, we needed to come back to you as soon as we knew and we did.”

When NY1 played the recording of Russ for tenants at the Jacob Riis Houses, they said they were angry.

“I wanted to put my foot where the sun doesn’t shine,” said Dave Brasuell, who has lived in the building for nearly all his life. “I’m glad he told the truth. Because it’s something that should have been told to us when it first came out.”

Mitchell said it was revealing.

“It just solidified how they thought of us as people,” said Mitchell.

She said she wonders if NYCHA would have handled it differently if these tests results were occurring in the homes of NYCHA’s leadership.

“None of this would even be an issue if this was their address. They would make it their business to stop it before it started,” she said.

City Council Member Carlina Rivera, who represents the East Village, was one of a handful of Council Members last week to call for the launching of an investigation.

She said someone with the city failed the residents of the Jacob Riis Houses.

“I want to know who knew what, when? When did the chairman know? When did the people in NYCHA’s management level know,” she said in an interview with NY1.

She said what happened last month makes her question NYCHA and the city’s preparedness if drinking water was contaminated.

It remains unclear why NYCHA waited until a second test came back positive for arsenic before officials notified residents to stop drinking the water.

NY1 reached out to NYCHA for comment about why there was a delay in notifying people about the water at Jacob Riis Houses.