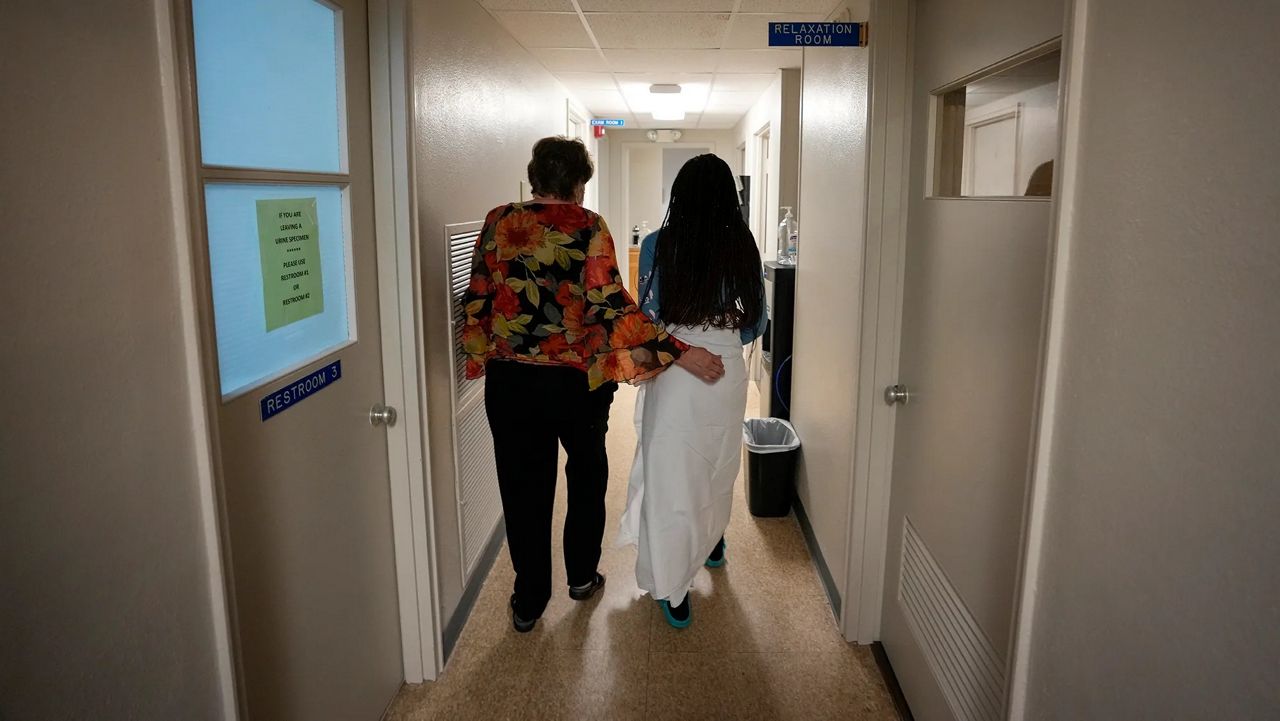 Abortion rights advocates say the Supreme Court's overturning of Roe v. Wade two months ago has changed the landscape for the procedure, creating a patchwork of different laws and regulations across the country.

Since the ruling, more than 11 states have outlawed abortions regardless of rape and incest which caused women to flee to other states for abortion services. The law also makes performing an illegal abortion a felony.

New Mexico and other states near Texas where abortion remains legal have seen a surge in women seeking the procedure.

The Texas Heartbeat Act, also known as SB 8, prohibits providers from performing an abortion after the detection of fetal heartbeat activity, which usually takes place at around six weeks, before some women know they are pregnant.

After the law went into effect, the number of out-of-state women seeking care at the University of New Mexico’s Center for Reproductive Health surged. Eighty percent of all patients were from out of state, compared to 20% prior to the law going into effect. The center says many of the new patients were from Texas.

“We have already reached capacity," said Dr. Amber Truehart, Medical Director at the Center for Reproductive Health at the University of New Mexico. "What's going to happen is any of those additional women from Texas who now can't get care there are going to have to look even further away."

Call volumes have reached mammoth proportions as a result. Some abortion providers have said they are averaging 500 calls a day, and consequently scheduling appointments anywhere from two to five weeks out.

"You know, we can't answer that many calls, obviously, and that's far more appointments that are needed than we actually have available,” said Zack Gingrich-Gaylord, communications director for the Trust Women Foundation, which operates reproductive health care clinics in Wichita, Kansas and Oklahoma City, Oklahoma. “We very much feel that presence of those people who we’re not able to talk to, who are not able to get an appointment in our clinic.”

Gingrich-Gaylord said the Kansas clinic has primarily became an out-of-state abortion provider, adding they have seen Texans as far south as Galveston. He echoed the concerns of many advocates who think women from their communities will be forced to seek care out of state due to limited capacity: “The four clinics that are in Kansas cannot solve this, and neither can New Mexico or Colorado. There are just simply too many people for the clinics that we have in this region.”

Doctors and abortion rights advocates say traveling is taking an "emotional toll" on patients in their communities and "uprooting" the lives of women.

“The very beginning of my appointments with them is just trying to reassure them that I'm not judging them. Right? (That’s) not things that I believe. That I'm sorry that they had to go through this amount of trauma, just to get basic medical care,” Truehart said.

Cobalt, a Colorado-based nonprofit dedicated to abortion rights, spent $6,000 to help patients cover traveled-associated costs to get an abortion. So far this, year the group has spent $100,000.

“Somebody had an ectopic pregnancy, and they had to drive 10 hours to Colorado for care, and through rural parts of the state where there may not be reliable emergency medical care if something terrible had happened," Jaki Lawrence, a Strategic Communications Director at Cobalt, told Spectrum News. "So it really just takes this awful emotional toll."

These clinics have taken steps to expand capacity, add more doctors and increase staffing to try and meet the demand. They’ve also boosted advocacy efforts. Cobalt, in particular, has worked to defeat ballot measures that have tried to restrict abortions.

“We want abortion accessible, we want abortion to stay legal here and we want Colorado to be a place where people can always come to get that care,” Lawrence said.

The Biden administration has taken a number of executive actions protecting reproductive rights, including ones aimed at supporting women who have to travel out of state for reproductive care and other services, and clarifying that under the Emergency Medical Treatment and Active Labor Act, hospitals must provide abortions when required to save the life of the mother. A federal judge in Texas recently blocked that guidance, setting up another battle over the right to an abortion.