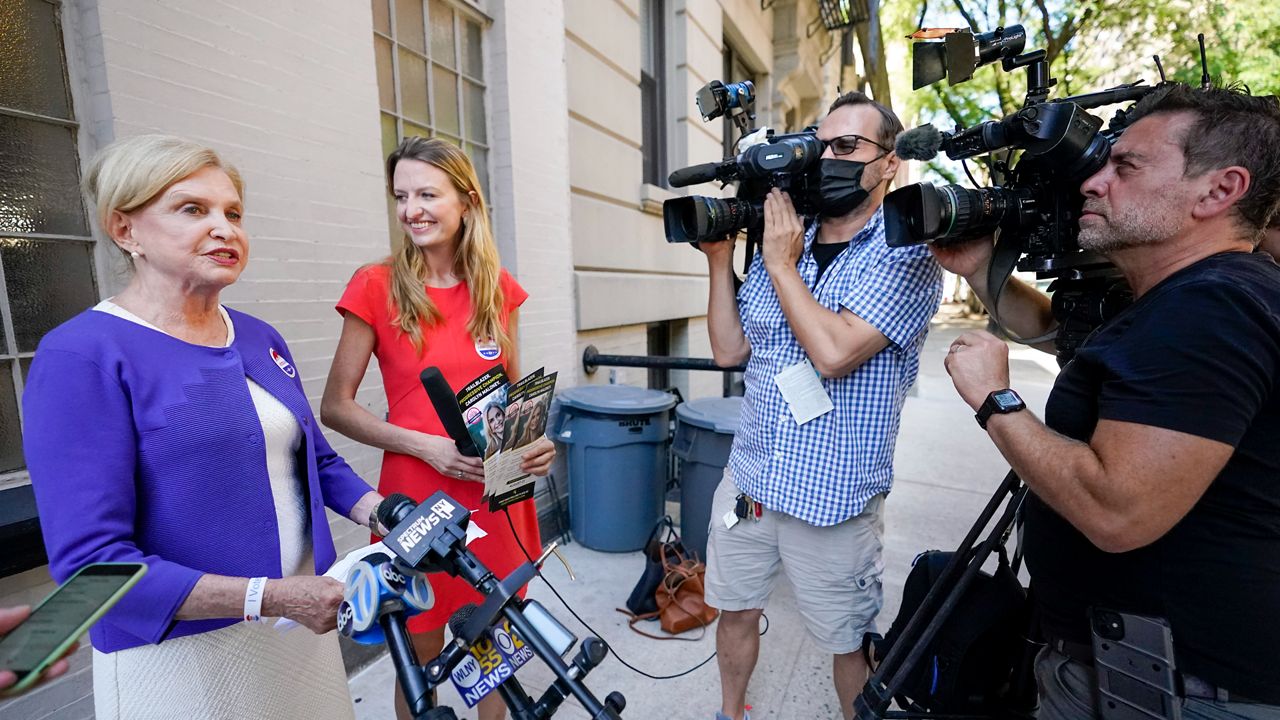 Rep. Carolyn Maloney pitched Trump’s so-called endorsement of her as a signal that voters should send her back to Congress to continue investigating him.

“Donald Trump is scared to death that I will win this election,” she told reporters Thursday after voting on the Upper East Side.

A social media post praising Maloney was the Republican former president’s means of meddling in a Democratic primary.

"Reading from Trump’s post, Maloney said, “He also said that I would be an asset to his conservative movement. How dumb does he think New Yorkers are?”

Rep. Jerry Nadler was also mentioned by Trump in the faux endorsement.

Nadler waived off both Trump post and Maloney’s reaction.

“If he’s threatened by anybody, I mean, I led the two impeachments and I’m leading all the Judiciary stuff against him,” Nadler told NY1. “I think he’s just playing with people’s heads.” 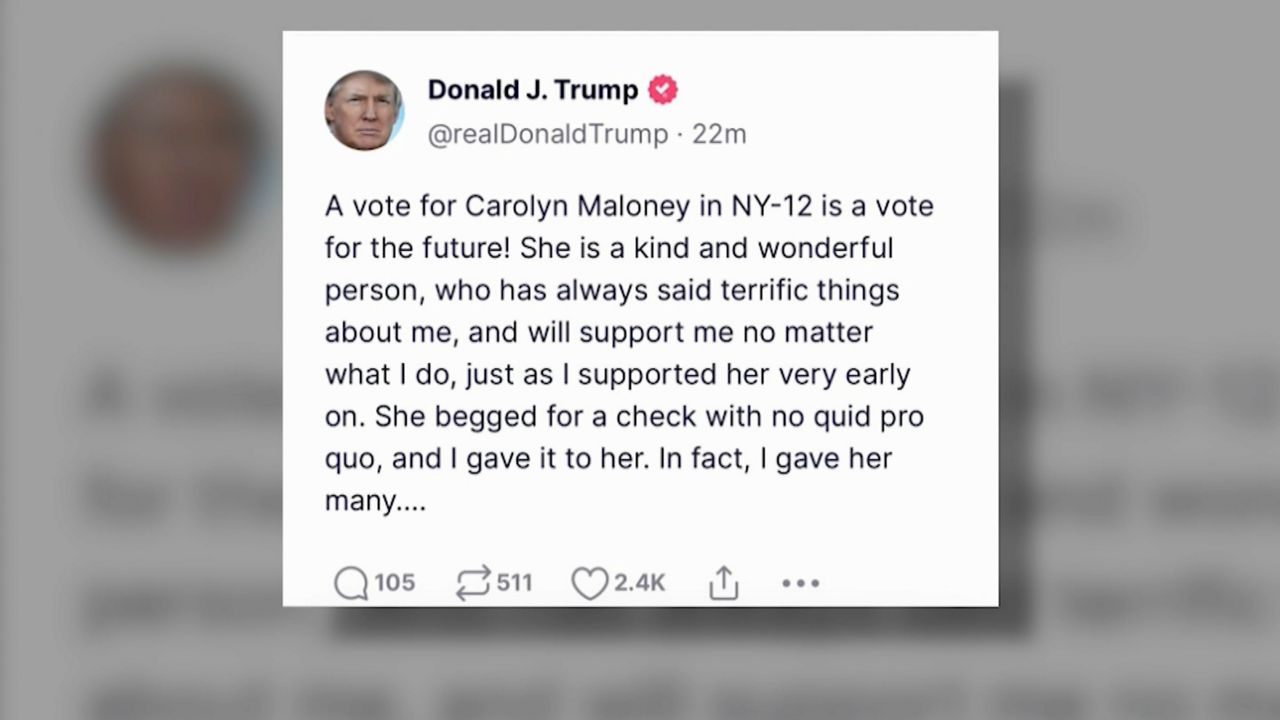 The responses by the rivaling ranking members of Congress is a study in contrasts in how they’re campaigning in the 12th Congressional District.

After casting a ballot for herself during the early voting period in her neighborhood, Maloney greeted New Yorkers in StuyTown.

The House Oversight Committee chair is in her final days of a fraught primary.

She has all but called Nadler physically unfit for the job. He maintained he wouldn’t run if he didn’t have the stamina to serve another term.

Maloney has also consistently cast a win for Nadler as a win for what she calls the “old boys’ club.”

“You would lose a major woman leader in Congress,” she told NY1 on Thursday.

Nadler responded by rattling off some of the names of his woman surrogates.

“A real old boys’ club with Elizabeth Warren and Ruth Messinger and Gale Brewer,” he said, rattling off endorsements from prominent women politicians.

Later Thursday, Nadler was also on the Upper East Side, Maloney’s political turf.

With the House Judiciary Committee chair’s Upper West Side base engaged, Nadler is campaigning at a less frenetic pace than Maloney and their challenger Suraj Patel.

It’s something Patel has attacked Nadler for.

Maloney, meanwhile, rejected that she’s been on the attack because she’s worried that Nadler has the electoral edge, referencing the Republican congressman she unseated in 1992.

“I never think about losing,” she said. “I challenged Bill Green. He outspent me four-to-one. The Times endorsed him, not once but twice. And I beat him.”

.@CarolynBMaloney @JerryNadler a study in contrasts as they respond to being the subject of faux support from Trump. Maloney reads part of the “endorsement,” brings attention to it. Nadler waives it off. pic.twitter.com/LRPAMhAEz3