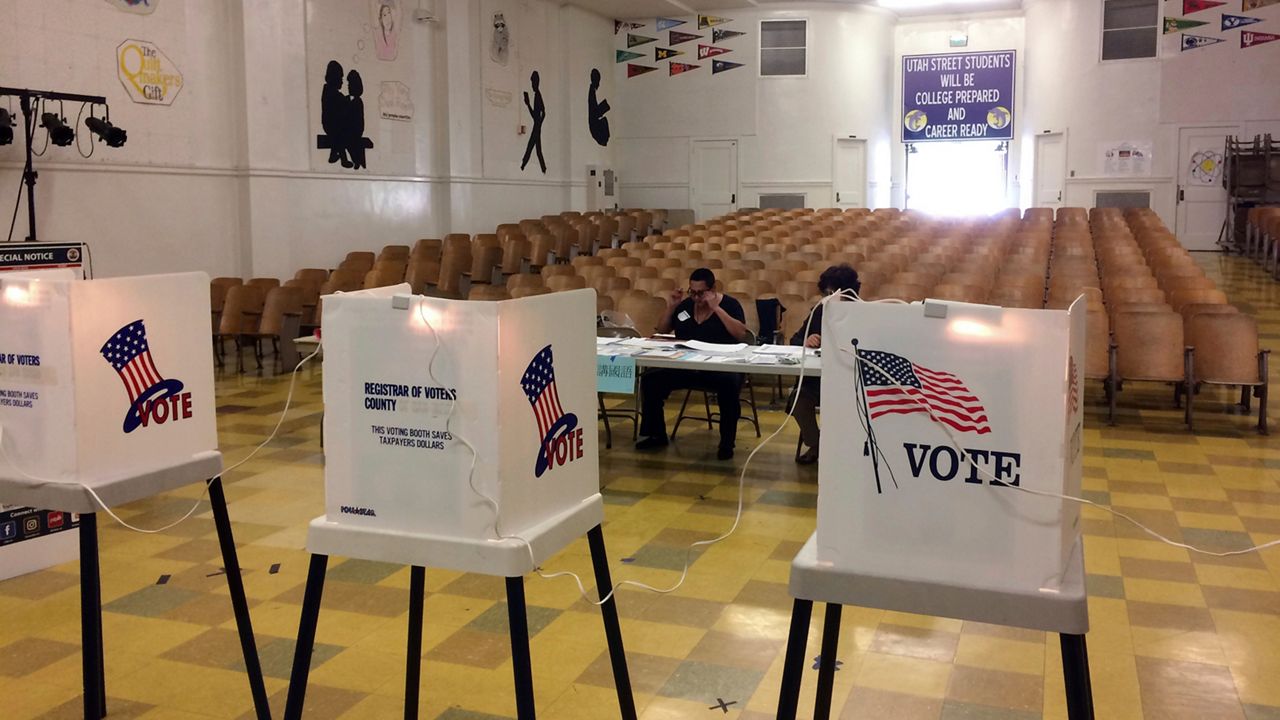 The midterm elections are less than three months away and the Democratic and Republican national committees are fine-tuning their messaging. Both committees are eyeing California as a state that could help flip the U.S. House of Representatives from blue to red.

The state, which normally swings blue, saw a loss of four Democratic seats to GOP candidates in 2020. After redistricting, some red seats are predicted to swing purple.

It has both parties laser-focused on the Golden State.

"The committee is doubling down on voter registration efforts, and specifically fighting for the Latinx vote in Southern California," RNC spokesman Paris Dennard told Spectrum News.

“We are so excited about our minority engagement effort. It is a multimillion-dollar nationwide effort. We have several community centers in California,” said Dennard. “We believe that the Hispanic vote is a vote that should be earned, and the RNC is aggressively going after the Hispanic vote."

Dennard says the RNC has seen "a decline in support from the Hispanic community for Democrats and President Biden."

The DNC is also going after the Latinx vote, as they say they are “investing in outreach to this specific voter demographic.”

“We have made investments in Latino Media, we're going to be rolling that out here in the near future. We are making sure that we are reaching out to Latino voters and highlighting not only what Democrats are doing, but how dangerous Republican control would be this fall,” Ammar Moussa, a spokesman for the DNC said in an interview with Spectrum News.

When it comes to messaging, both parties are pulling no punches.

Moussa said the DNC wants to highlight the danger families will face if Republicans take back control of the House. "It will mean that families are going to struggle more," he added. That's a message he says he plans to highlight.

Over the last several months, Democrats have been able to pass multiple bipartisan initiatives, including modest gun reform, the CHIPS and the Science Act and a multi-billion dollar infrastructure funding bill, Moussa said.

"More recently, Democrats passed the Inflation Reduction Act on their own," referencing a tie-breaking vote cast by Vice-president Kamala Harris in the 50-51 senate, Moussa said.

“Democrats are delivering these things. But Republicans are in the way of progress for the American people,” Moussa added.

Dennard argues that Democratic leadership in Washington has failed the American public.

He says the Republicans won't put in "policies that hurt the American people.” He also said he wants to stand with people who want schools to have agency over what they teach.

Dennard pointed to California's "mass exodus" and says people are fleeing the Democratic-run state for Republican-run states. He blames Democratic policies for the reason California has seen a large number of its residents leave.

Redistricting has made some once red districts more purple, which has led to such critical attention by both parties. Republican incumbents like Hanford’s David Waladao, Santa Clarita’s Mike Garcia, La Habra’s Young Kim, Corona’s Ken Calvert and Surfside’s Michelle Steel are all considered competitive races for the fall.

But the RNC is confident that it can hold on to these swing districts.

“There's no doubt about it that we have tremendous opportunities in California. If you go back to the last major election cycle, 15 seats were flipped and they were won by Republicans that were either minorities, veterans, or women. And certainly, that was the case in California. We have tremendous opportunities with candidates and members of Congress like Mike Garcia, Young Kim, and Michelle Steele,” Dennard said. Kim and Steel are the first two Republican Korean American women to serve in congress, and Garcia is a veteran of the U.S. Navy.

In 2020, California lost four blue seats to GOP candidates. To remain in power with at least 218 seats, Democrats need to keep all five seats of those currently retiring, and potentially pick up more in Southern California.

But it won’t be an easy feat.

“The party that is out of power usually is more mobilized and it’s easier to get motivated and want change,” Jen Victor, an associate professor at George Mason University’s Schar School of Policy and Government, told Spectrum News.

Not only could California determine control of the House, but also its leadership.

Speaker Nancy Pelosi, the only female speaker in the chamber’s history, could keep the gavel if democrats can hold on. Pelosi said she “expects voters to rally around democratic priorities” in November.

“We’re talking about a woman’s right to choose, or the freedom to walk down the street and send kids to school without being in danger,” Pelosi said. “We expect to have a big turnout in November, and we have no intention of losing the House.”

If Democrats fall short, House Minority Leader Kevin McCarthy of California will likely assume the speakership. It’s a role he has long coveted from his democratic counterpart.

“After so much suffering caused by Democratic policies, Americans need renewed hope for the future. And that is what a Republican majority will work every day to provide," McCarthy said.

When it comes to the looming shadow of these party’s leaders, experts say not to read too much into Biden’s approval ratings as a prediction for how Democrats will fare.

But they note that Republicans are still very dominated by former President Donald Trump.

“It is not necessary that everyone in the Republican Party has to be 1,000% pro-Trump, but if you're seen as being too much anti-Trump, you know that could certainly hurt you,” said Kyle Kondik of the University of Virginia Center for Politics.

Voter turnout in Southern California could determine who clinches power in Washington.