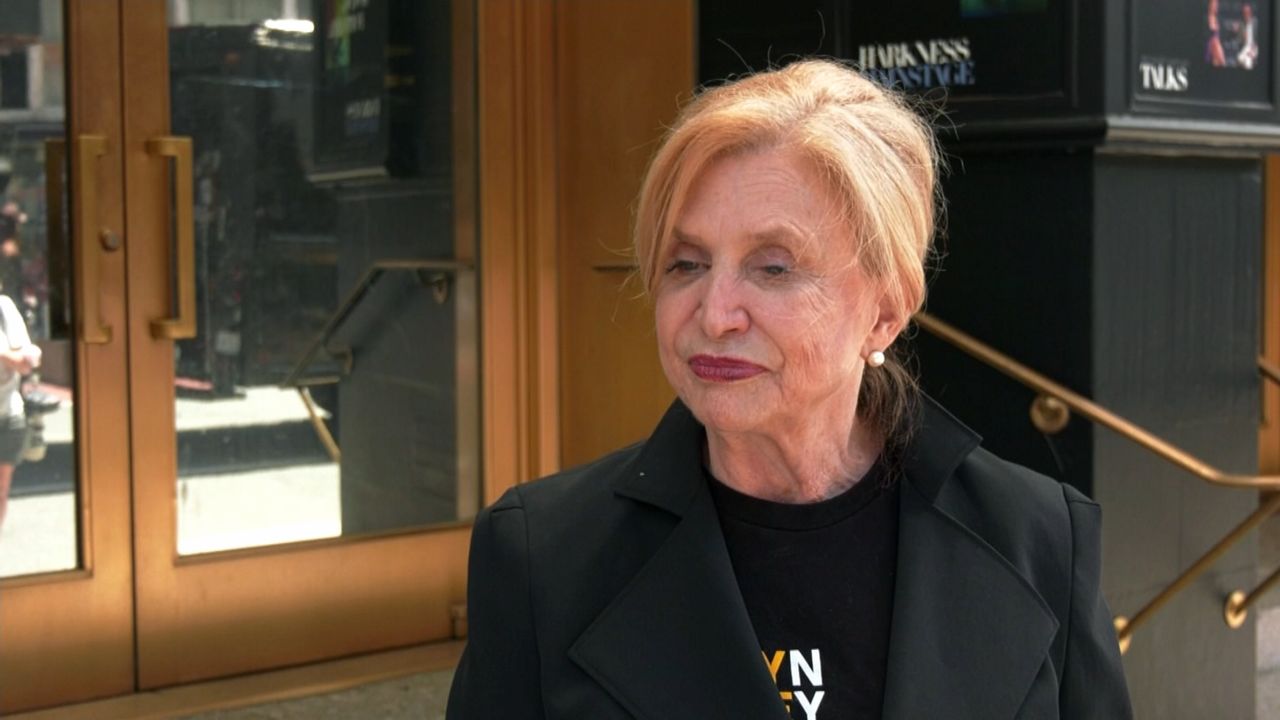 Rep. Carolyn Maloney accused Rep. Jerry Nadler of planning on not serving a full term in an interview with NY1 Tuesday. (NY1 Photo)

Rep. Carolyn Maloney has cast the choice between herself and her 12th Congressional District rival Rep. Jerry Nadler as one between a proven feminist and an insular brotherhood at a time when abortion rights are under siege and pay disparity is stark.

“There is an old boys’ network that sticks together and they do not let women in,” Maloney told NY1 in an interview Tuesday on Manhattan’s Upper East Side. “I was friends with a lot of males that I worked with on the West Side and now they won’t even talk with me. They’re all with Jerry, just like glue.”

Maloney then grew more explicit in her attack on Nadler as benefiting from that so-called boys’ club because he’s not up for the job.

Nadler and their fellow challenger, Suraj Patel, have taken her pledge to serve out the two years if elected.

“Also, we asked that they take a pledge that they will not do a county committee vote,” Maloney added. “That is how Jerry Nadler came to Congress.”

“If, for some reason, someone will not serve their term and there are tons of rumors out there, then there should be an election, not an appointment,” Maloney said. “I think the voters should have chance make that selection, not the old boys’ club.”

When pressed for details on these rumors, the Congresswoman responded, “I never repeat rumors, because rumors are rumors. And if I don’t — it’s a rumor, so I don’t — I don’t of any plan that anyone has but I’ve been told that the plan is there.”

.@CarolynBMaloney, more explicitly than ever, tells me she doesn’t believe @JerryNadler would carry out a full term if elected and the “old boys’ club” would appoint his successor. Nadler team calls her charge baseless, dishonest and desperate. More soon on @NY1 @InsideCityHall pic.twitter.com/BoA6aSbSM7

Nadler’s campaign flatly rejected Maloney’s charge as one made by a candidate on the cusp of being unseated.

His co-campaign manager responded that Nadler is running for one reason only: to continue serving New York in Congress.

“Any suggestion otherwise is as baseless as it is dishonest, and reveals only the desperation other campaigns are feeling,” Julian Gerson added. “When Jerry wins on Aug. 23, so too will New York voters who care about the truth.”

Former city comptroller and 2021 mayoral candidate Scott Stringer has been floated the next standard-bearer for Upper West Side Democrats in Congress.

Stringer told NY1 the only person he’s supporting for Congress in the district, now and in the future, is Nadler.

Nadler’s prospects have been lifted by recent endorsements from the New York Times editorial board and Senate Majority Leader Chuck Schumer.

On Tuesday, the National Organization for Women endorsed Maloney, who is also backed by women’s rights pioneer Gloria Steinem.