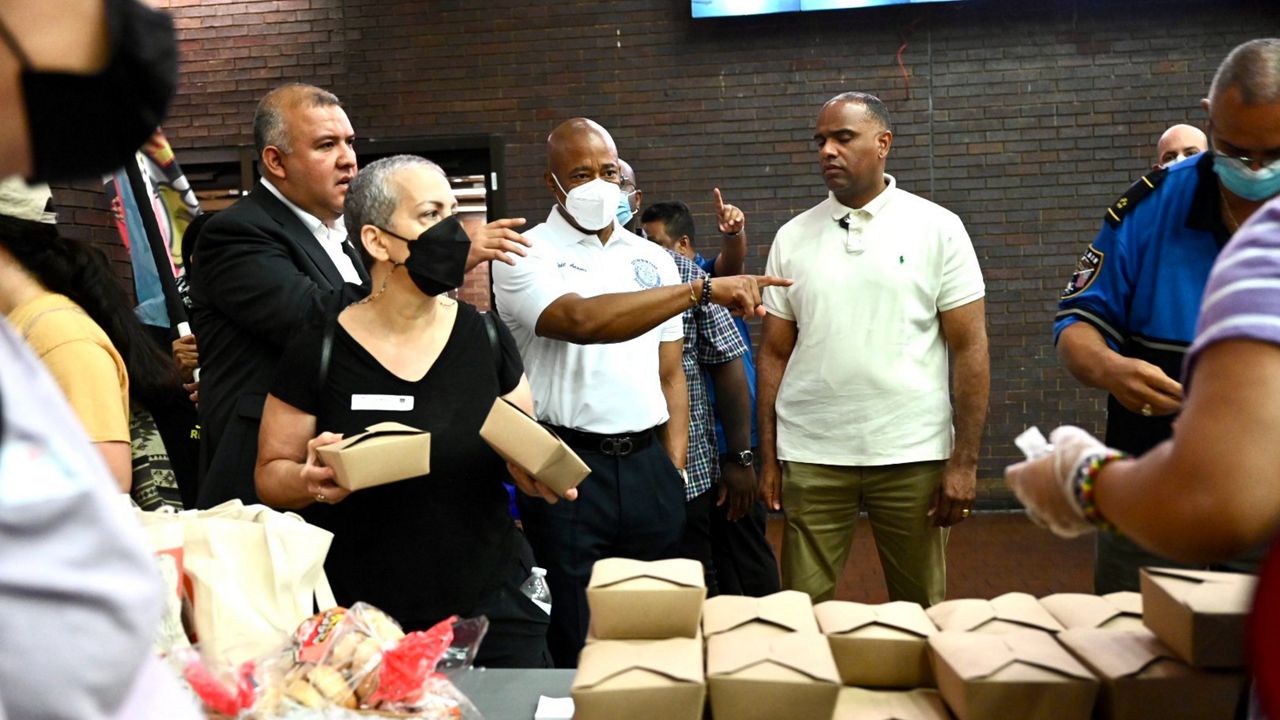 Texas Gov. Greg Abbott sent 40 migrants to the Port Authority terminal, but Adams said at a news conference early Sunday that only 14 arrived.

“There are many rumors out there, so we don’t know if people are being dropped off at different locations en route,” Adams said. “You can only imagine. You’re in a country where you don’t know much about. We were led to believe about 40 people should’ve been on that bus. Only 14 got off.”

A group of migrants was also sent to the city Friday, which was the first time Texas routed a bus carrying migrants directly to the city, Abbott said in a news release Friday.

“Because of President [Joe] Biden’s continued refusal to acknowledge the crisis caused by his open border policies, the state of Texas has had to take unprecedented action to keep our communities safe,” Abbott said in a statement.

“In addition to Washington, D.C., New York City is the ideal destination for these migrants, who can receive the abundance of city services and housing that [Adams] has boasted about within the sanctuary city,” Abbott added.

Adams said Sunday that Abbott gave no information about when the most recent bus to Manhattan left Texas and who was on the vehicle.

“This is horrific,” Adams said. “It is unimaginable what the governor of Texas has done.”

“Families who were hungry and thirsty. Small children. We’ve said this over and over. What Gov. Abbott is doing is cruel,” added Manuel Castro, Commissioner of the Mayor’s Office of Immigrant Affairs.

According to Adams, asylum seekers are being forced on buses even if they want to go to other locations.

.@GregAbbott_TX used innocent people as political pawns to manufacture a crisis. New Yorkers are stepping up to fix it — that’s our city’s values.

But we need the federal government’s help — money, technical assistance and more. pic.twitter.com/cOdXrULpcC

Of the migrants who arrived in Manhattan Sunday, those who want to stay in the city will go to a shelter for processing, Adams said.

If the migrants want to go elsewhere — some have relatives in other cities — Adams said that volunteer groups will assist them.