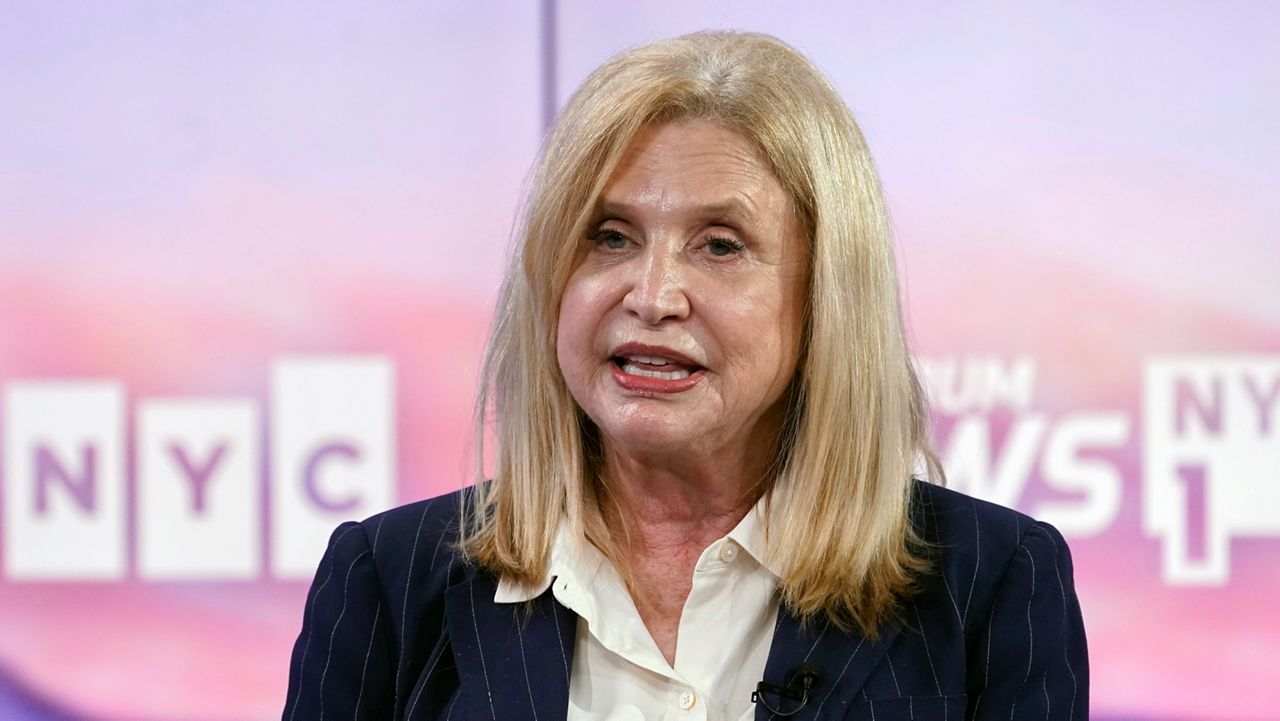 Maloney attempts to clean up comments about Biden's future

Manhattan Rep. Carolyn Maloney is in clean-up mode after declining to say that President Joe Biden should seek re-election in 2024.

The question posed at the debate was this: Should President Biden run again in 2024?


Her colleague and competitor in the race, Rep. Jerry Nadler, also declined to say Biden should run, calling it “too early to say” and arguing “it doesn’t serve the purpose of the Democratic Party to deal with that until after the midterms.”

Both Maloney and Nadler are veteran Democrats and chair powerful House committees.

“What in the heck are you thinking, giving Republican talking points and ammo? And frankly, making an ageist argument against your own president?” Patel said during an appearance on MSNBC.

The RNC picked up on the exchange, as well. They blasted it out on social media with the caption, “Far-left Democrats REFUSE to back Biden in 2024.”

Maloney eventually backtracked, declaring on Twitter she will “absolutely support President Biden, if he decides to run for re-election.”

The exchange comes as Biden — the country’s oldest president ever —is dogged by low approval ratings.

A recent CNN poll even shows most Democratic voters want the party to nominate someone else in 2024. But Biden has repeatedly said he plans to run again.

Other New Yorkers weigh in on Biden’s future

Spectrum News reached out to other New York congressional Democrats, asking if they think Biden should seek re-election.

Others sidestepped the question, like progressive freshman Bronx Rep. Jamaal Bowman, who said in a statement, “I’m focused on my primary and helping us to maintain the House and win a couple additional seats in the Senate this November.”

In a statement, Queens Rep. Grace Meng said, “I support President Biden who has been a strong ally in the White House and has a strong record of accomplishments. I remain focused on this November’s midterm elections.”

Brooklyn Rep. Yvette Clarke’s office said she does not have a comment on this question at this time.