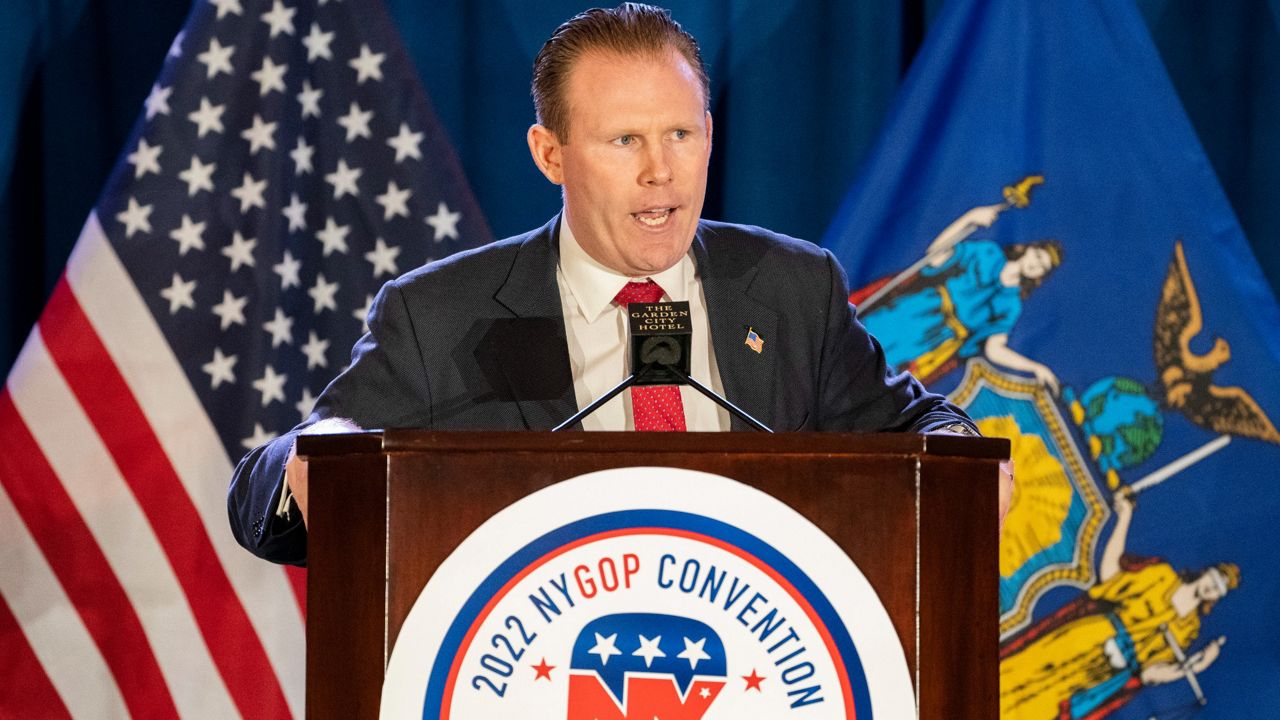 He is not, however, an advocate of strengthening the state’s gun control laws.

“To me, there are real questions the governor has to answer here. We had this guy in custody almost a year ago, did we not have the resources that it took to actually hold this guy?" Giuliani asked when referring to the Buffalo shooting suspect.

“To me, (the answer is) pouring more resources into mental health, he said. “When looking at what he did, and look, it’s absolutely disgusting that he wrote what he wrote and did what he did, that’s why I’ve called for the death penalty. It’s something that the victims’ families should have a decision on.”

When it comes to corruption in state government, Giuliani said he is an advocate of term limits and that he would consider capping campaign contributions. Additionally, in order to prevent another governor from profiting from a book deal, Giuliani said he would a ban outside income for statewide offices.

“I don’t think it’s a bad thing to make sure that elected statewide officials do not receive outside income like Andrew Cuomo,” he said. “I think that’s something that would have real public support.”

He also said that capping campaign donations would be “something I would be interested in looking at.”

Giuliani would not commit to protecting a woman’s right to have an abortion.

“I would protect the right to life. I look at this very simply. I’m a father now of almost six months and the first time I saw my daughter on the ultrasound, I knew the most important thing in my life is protecting her,” he said.  “Another thing, I look at what we’ve seen in celebrating late-term abortion as one of the most despicable things that we’ve seen on a state level.”

Giuliani said he was disgusted that late-term abortion was being celebrated in New York. When asked about specifics, he mentioned that the Empire State Building and Niagara Falls were lit up to celebrate passage of the Reproductive Health Act in 2019.

Under the Reproductive Health Act, a woman may have an abortion if it’s performed earlier than 24 weeks, if the fetus isn’t viable, or if it’s necessary to protect the patient’s life or health.

“I did hear this a lot. ‘Celebrate your abortion’ and when you talk about killing a life that’s almost 39 weeks, that’s something, as a father, that I can no way get behind,” he said.

According to a 2018 report by the U.S. Centers for Disease Control and Prevention, 65% of abortions in the U.S. are performed within the first eight weeks of pregnancy. Only about 1% are done after 21 weeks.

According to polling, 63% of New Yorkers support some form of abortion.

When asked if a potential Gov. Giuliani would protect the right to same-sex marriage as well as continue to allow gay couples to adopt, he said “yes."

On taxes, Giuliani told Capital Tonight he wants to cut the size of the state’s $220 billion budget.

“Florida’s [budget] is $97 billion. There’s a reason why, actually there are many reasons, Susan. There’s a reason why we end up leading the country in out-migration. And one of the main reasons is that our budget is over two times that of other more business and competitive friendly states,” said Giuliani.

“You will get the highest tax cut and budget cut in the history of our state in a Gov. Giuliani,” he stated.

When asked which programs he would cut, Giuliani pointed to education.

When Capital Tonight pointed out that $31 billion is the entire education budget for the state of New York, Giuliani said that education and the teachers’ union are “one and the same."

“I’m a big believer in bringing the free market into education,” he said. “I don’t think the teachers’ union should decide, exclusively, what our child’s education should be.”

Giuliani said by the end of his first term, he will move to raise the charter school cap from 460 to over 1,000.

“That’s why I want to make sure there is a tax voucher program here in New York so that way parents can take those tax dollars and take them to a private school, a parochial school, a Yeshiva, or a home school,” he said.