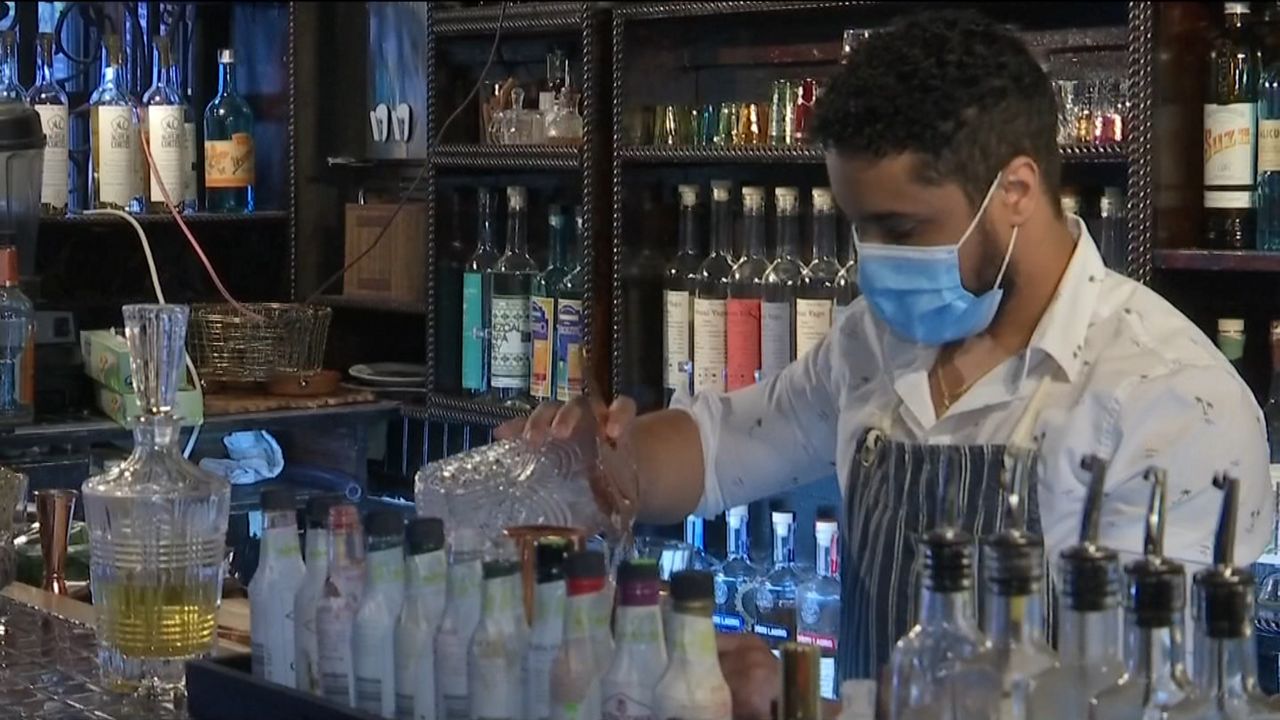 A newly introduced City Council bill, backed by Mayor Eric Adams, seeks to alleviate some of the economic stress that restaurants, bars, liquor and wine stories and bodegas are feeling. (NY1/Emily Ngo)

The Cecil Steakhouse in Harlem struggled through the pandemic, but survived.

“Now that we feel that we’re on the other side of the pandemic — hopefully — it’s still hard,” said Raphael Benavidez, owner of The Cecil.

A newly introduced City Council bill, backed by Mayor Eric Adams, seeks to alleviate some of the economic stress that restaurants, bars, liquor and wine stores, and bodegas are feeling.

It would suspend the city’s 25% surcharge on state liquor licenses.

The proposed hiatus, which would start with the next fiscal year on July 1, is part of Adams’ economic recovery blueprint.

The legislation is spearheaded by Councilmembers Keith Powers and Justin Brannan.

“It’s unclear to me as a starting point why there is a tax on a state-issued liquor license that the city of New York charges,” Powers told NY1. “So it feels like an unfair tax from the beginning of it.”

The initiative would mean about $6.5 million less in city revenue that Powers said officials would try to make up for elsewhere in the budget process.

Adams in a statement called the proposed legislation “a simple, common-sense way to put money back into their pockets and help keep their doors open.”

The bill also has the backing of the NYC Hospitality Alliance.

“What I think we’re trying to say to these small businesses, ‘we don’t always have to take the revenue for you. We’re also here to help,’” Powers said.

Some liquor and wine store owners said they favor the nixing of the surcharge, but not the state’s legalization of to-go drinks at restaurants and bars, which take away from the stores’ bottom line.

Some restaurant and bars owners, meanwhile, find that a suspended fee, the to-go drinks and expanded outdoor dining all are necessary post-pandemic.

“It also shows that our elected officials are with us,” Benavidez said. “Because it’s true that the city will lose some money in revenue, but at the same time, we’ve got to think about all the benefits the city and the state get from having us small businesses around.”