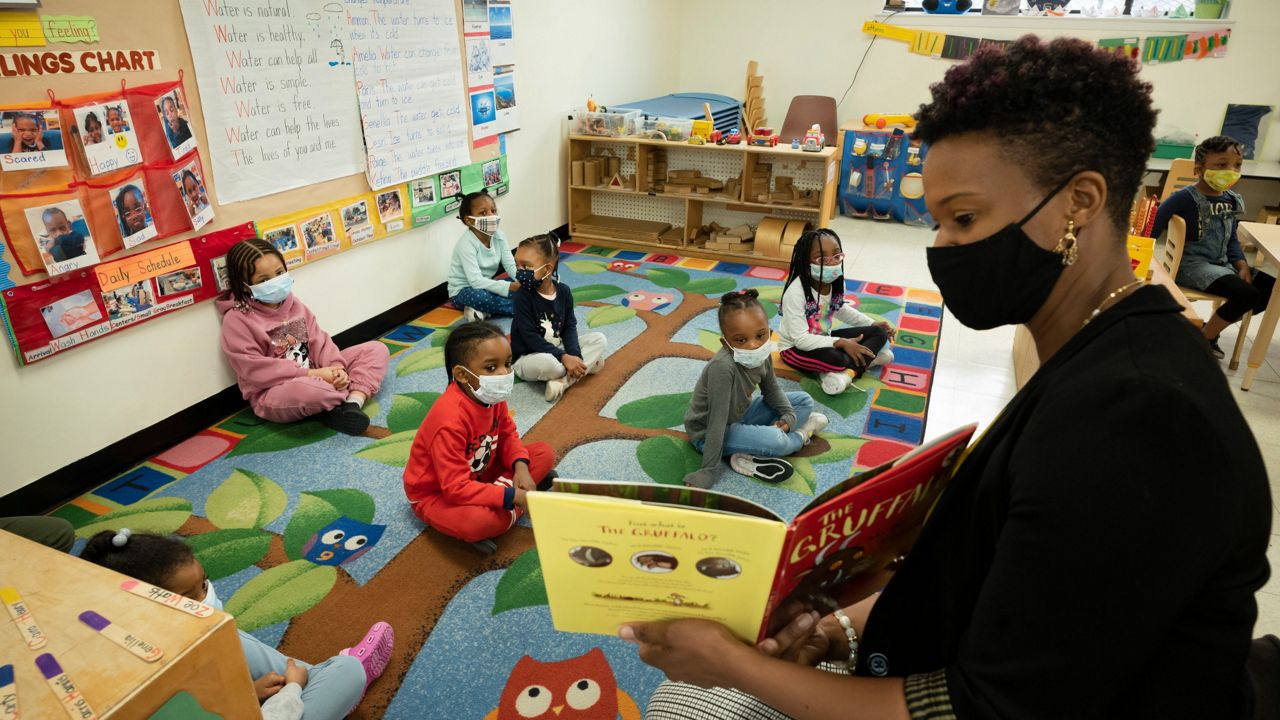 Members of the state Senate and Assembly are pushing for universal child care in New York State. They are proposing funding in the budget this year that would exceed $3 billion.

“This is going to be one of the big banner items coming out of the legislative budget proposals,” Deputy Senate Majority Leader Michael Gianaris said. “We have been focused on providing real child care support for people of this state.”

Next week, both houses are expected to pass their one house budget resolutions. While they are non-bonding, it lays out the spending priorities for each house going into final budget negotiations with Gov. Kathy Hochul.

Legislators are aligned on universal child care, arguing it will jump-start the economy.

“Child care pays for itself,” Long Island Assemblymember Michaelle Solages said. “You know how many women have come out of the workforce because they couldn’t afford child care? How many families are struggling because their income is going toward child care. Child care is economic development.”

Here’s how it would work. Sources say it would increase the state subsidy to providers from where it currently is at 69%, to 90%. It would also expand eligibility beyond 200% of the poverty level.

Sources say @NYSA_Majority one house budget contains $1.25 Billion to replenish the now depleted Emergency Rental Assistance Program (ERAP). Many New Yorkers fell behind on their rent during the pandemic, and this fund is designed to provide cash assistance to those in arrears.

And it comes as both Mayor Eric Adams and Gov. Hochul have been pushing New Yorkers to get back into the office as the COVID-19 pandemic wanes.

“Particularly as people are moving back to their offices, away from working from home where they can watch the children themselves. The need for child care is greater than it’s ever been. It’s going to help get us back on our feet. Help get the economy humming,” Gianaris said.

Reacting to the proposal, Mayor Adams issued a statement saying, “Access to high-quality, equitable childcare is a priority for this administration, and we commend members of the state Legislature for prioritizing working families with this $3 billion investment. We fully support deep investments for families in need.”

In a statement ⬇️, @NYCMayor⁩ praises State Legislators for including more than $3 Billion in their state budget proposals for universal childcare pic.twitter.com/XRXuGQxLKk

In a statement, a spokesperson for Gov. Hochul's office said, "Gov. Hochul is committed to supporting New York State’s childcare industry — leading the swift and efficient distribution of more than $900 million in stabilization grants to nearly 15,000 providers last fall, proposing a major expansion to childcare options on SUNY and CUNY campuses, investing $75 million in the childcare workforce, increasing the amount of children eligible for childcare subsidies in the Executive Budget, and announcing $70 million in federal funding to eradicate childcare deserts. The Governor is continuing to work with the legislature to ensure that working parents have access to high-quality and affordable childcare."

Insiders say it could also be a big political win for Democrats who’ve been criticized for failing to make changes to bail reform during a sharp uptick in crime. Instead, it shifts the conversation back to preventing the root causes of crime.

“This is really a step forward in investing into these programs. Ensuring that we can prevent crime instead of incarcerating individuals for something that we could have prevented in the long run,” Solages said.

Both houses are expected to pass their budget resolutions early next week.