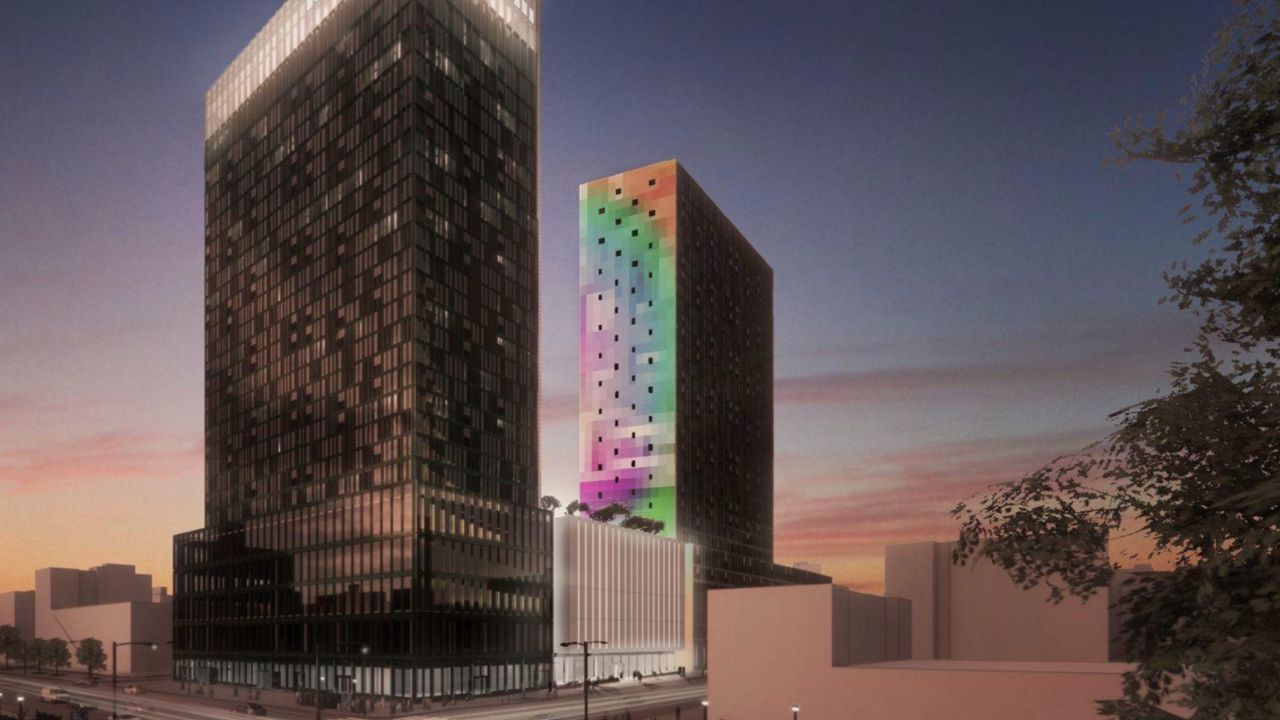 NEW YORK — Developer Bruce Teitelbaum says his clean-energy project would be a first of its kind in New York City: two residential towers in Harlem with a geothermal facility underneath providing heating and cooling, not only to those buildings but to others nearby —including public housing properties — using the water stored underground.

“You take that water, you run it through a heat exchanger and then it becomes heat, and use it for heating and cooling,” Teitelbaum said.

The green energy district concept is the biggest selling point of a development that would reshape 145th street and Lenox Avenue and include a Civil Rights Museum, a new headquarters for Reverend Al Sharpton’s National Action Network and green union jobs.

“I think this is a great message of equity, of fairness and environmental justice,” Teitelbaum said.

But the project is facing strong opposition from the community board and other local leaders.

“Unfortunately, I’m not encountering as many enlightened people as I would have hoped,” he said.

The buildings would include more than 600 market-rate apartments and about 250 units affordable to individuals making around $50,000 or more.

If the City Council doesn’t approve the plan, the developer could still go ahead with a much smaller project of all market-rate units.

Councilwoman Kristin Richardson-Jordan would ultimately prefer that option, since she believes it would bring a smaller number of newcomers to the neighborhood.

“That makes a difference, especially in a community like Harlem where we are one of the only places with a Black plurality and a Black political voting block," Richardson-Jordan said. "So you have a dilution of that voting block, you also have an influx of people who have much higher incomes, and you have the continuing displacement of those who are around."

Also against the current proposal is Manhattan Borough President Mark Levine, who thinks the developers should come back with a new plan that adds more affordable units.

"They just haven’t succeeded in building almost any local support for this,” Levine said.

The developer could just build a storage facility instead, like the one across the street from the lot.

Teitelbaum believes his project, if successful, would encourage other developers to use geothermal systems and help New York achieve its ambitious clean energy goals.