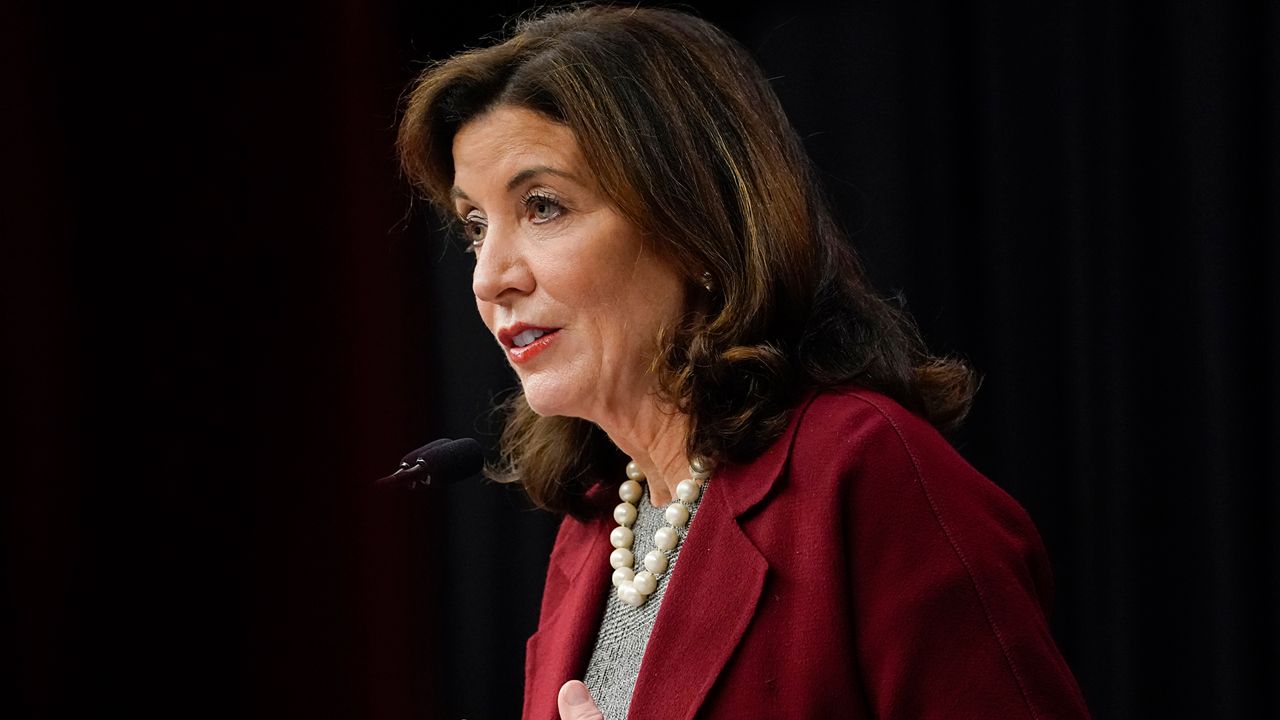 She’s said she’s committed to fighting the climate crisis, and Gov. Kathy Hochul is now showing how much she’s willing to spend on it.

“It provides historic resources for the environment, for clean air, for clean water and for climate change,” said Basil Seggos, commissioner of the New York State Department of Environmental Conservation.

“I think you’d be hard-pressed to see any, many states that are doing as much as New York is doing to invest in climate change,” Julie Tighe, President of the New York League of Conservation Voters, said.

But some activist groups are disappointed with how little of the more than $200 billion budget is dedicated to the climate crisis.

“She’s proposing a continuation of the status quo of small incremental improvements in small programs that don’t amount to the response that the crisis requires,” said Pete Sikora, climate campaigns director for New York Communities for Change.

New York state has ambitious benchmarks to hit, like an 85% reduction of greenhouse gas emissions by 2050. It has also proven vulnerable to the changing climate. Incremental steps might not be enough.

“We are in a ‘don’t look up’ moment in society right now, like in the movie, where climate activists and scientists are screaming for action and government is responding with tiny little shifts one way or the other,” Sikora said.

Funding for climate initiatives also goes beyond the executive budget. There’s green legislation being debated in Albany, like a bill to require all new buildings to be all-electric by 2024, similar to the one that already passed in New York City.

“It is holistic. It is the budget? Of course, but it is also a policy agenda and legislative agenda beyond it,” said Doreen Harris, president of the New York State Energy Research and Development Authority.

New York state could also get another boost of climate funding this year if Democrats manage to pass their Build Back Better bill in Congress.