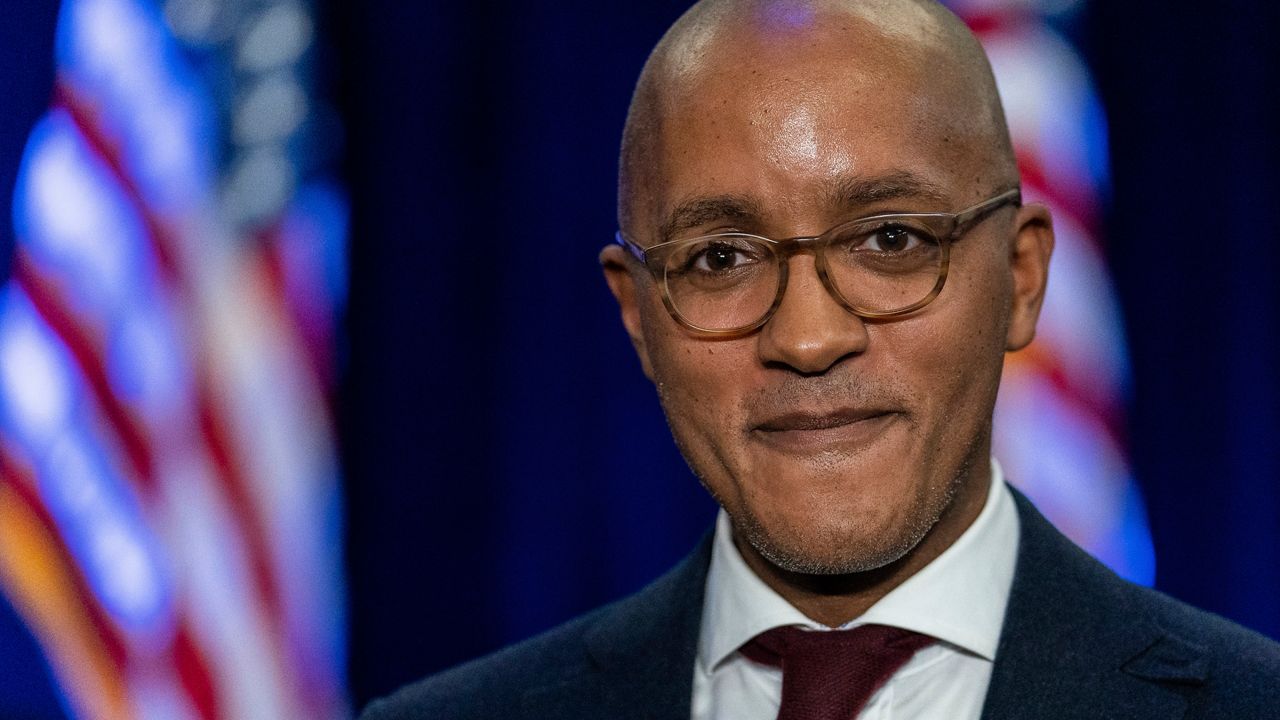 NEW YORK — The U.S. Attorney for the Southern District of New York is one of the most powerful law enforcement positions in the country, overseeing some of its highest-profile cases, from terrorism to political corruption to financial crimes.

But the job had never been held by a Black person — until now.


At his ceremonial swearing-in on Friday, Damian Williams made his first public remarks since he assumed office last month, addressing the historic nature of his appointment.

"You know, and I know, that moments like this don't just happen like that,” Williams said, snapping his fingers. “The road here has been paved, step by step, by generations of people, of all colors and nationalities.”

He added: "I owe it to the people who paved this path to do my job with excellence."

A host of legal luminaries were on hand for the event, including U.S. Attorney General Merrick Garland and several of Williams' predecessors in the job, including Geoffrey Berman and Preet Bharara.

"I hired him to the U.S. Attorney's office a number of years ago,” Bharara said. “And he was as close to a no-brainer hire that I ever made."

In his remarks, Williams announced the formation of a new civil rights unit within the office. He also pledged to take on financial crimes and gun violence, and to reconnect with the communities in the district, which includes Manhattan and the Bronx as well as six other counties north of the city.

He also explained his choice of the historic Harlem Armory for the ceremony.

"This place forces us to focus not on me making history, but instead on the history that made me,” he said. “Because that is far, far more important."

"It says something about the kind of U.S. Attorney that he wants to be, that's going to be connected to the community that he is supposed to serve,” Holder said.

Among the politicians on hand: Sen. Charles Schumer, who recommended Williams for the position, and former Gov. David Paterson.

"It is really the premier U.S. Attorney's office in the country,” Paterson said. “So the fact that a young, African American man who's had a brilliant career is going to be guiding us for a number of years is, I think, sensational."