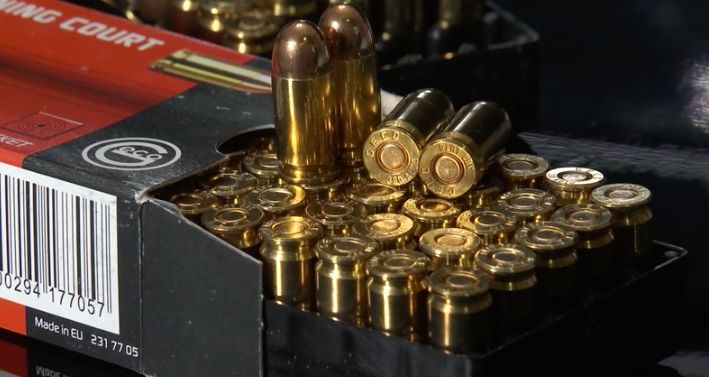 A database that is geared toward tracking gun ammunition sales was a key part of the SAFE Act that passed in 2013.

Fast forward eight years later, there is still no database and no clear path on when that will be launched.

Key agencies that would be in charge of the database and other gun safety measures did not show up to a state Assembly hearing that focused on when this database might be implemented.

This includes the New York State Police, the Office of Information Technology Services and the Division of Criminal Justice Services.

The chair of the committee holding the hearing, Assemblyman Jeffrey Dinowitz, said he is not ruling out subpoenas in the future.

“We intend to press officials of these agencies on the reasons for the continued delay in establishing the ammunition database,” Dinowitz said. “We could very well be resuming this hearing at a later date this year, and we will consider subpoenas, if necessary."

Police commissioners from around the state testified on the rise in gun violence that has spiked significantly over the past year.

The commissioners tried to connect the rise in shootings to the bail reform law passed in 2019, but offered little evidence to support this.

“While there have been increases in crime in New York, which is certainly very troubling, it's not a phenomenon limited to New York,” Dinowitz said.

“The re-arrest rate for alleged violent felonies remain about one half of 1%, yet you and your precinct commanders persist in telling New Yorkers that bail reform increases violence in our communities,” Assemblywoman Latrice Walker said. “Do you believe in the math?”

This led to the police commissioners eventually walking back their earlier statements that bail reform is a driving force in the rise in gun violence, but insisted there are still changes to be made to the law.

The bail reform law fully went into effect in 2020, but was modified a few months later.

“If you look at the entirety of how many shooting arrests we make and the percentage, it's not dramatic,” NYPD Commissioner Dermot Shea said.

“You’re absolutely right, a very, very, very small subset of the population commits crime,” Yonkers Police Department Commissioner John Mueller said. “What we're talking about with respect to bail reform and raise the age is focusing on that less than one half percent that you're talking about.”

Rebecca Fischer with New Yorkers Against Gun Violence says it was inappropriate of the police commissioners to bring up unfounded claims about bail reform at a hearing focused on the rise in shootings across the state.

Fischer urged lawmakers to focus on gun violence as a public health issue and direct resources to tackle the root causes.

“Recidivism and the issue with repeat offenders is really not related in any way to the spike in gun violence,” Fischer said. “It was off topic, inappropriate and frankly, false. Since the outbreak of COVID-19, there has been a dramatic uptick in shootings and we need to do more to reduce those shootings.”

There is also an ongoing state of emergency around gun violence and less than a third of the money set aside to tackle the issue has been distributed.