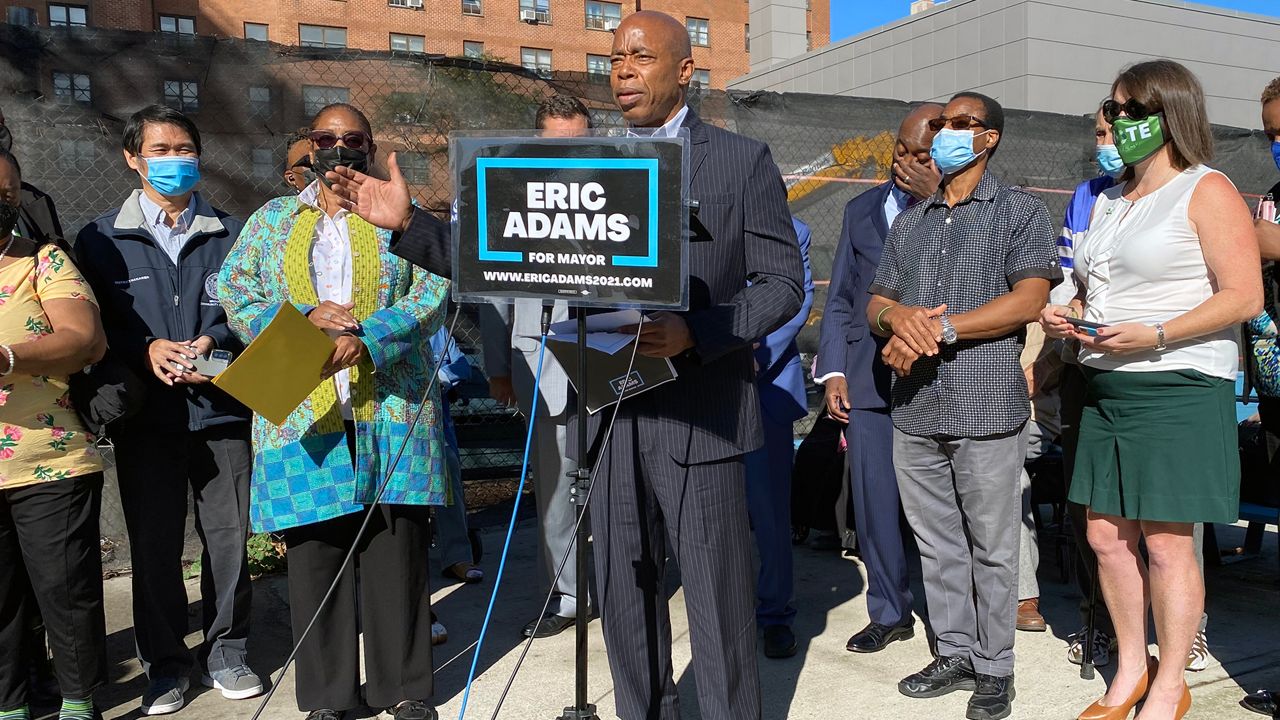 Eric Adams unveiled a blueprint Friday in Coney Island that is his most comprehensive climate crisis plan to date. (NY1/Emily Ngo)

Eric Adams focuses on climate resiliency in wake of storms

The climate crisis was hardly a key topic in the primary campaigns of either Eric Adams or Curtis Sliwa. But with recent storms flooding the subways, destroying homes and taking lives, it’s a topic that cannot be ignored.

“We have to deal with intervention and prevention,” Adams said Friday.

He added, “We can’t play scatter and pray when each storm comes. Once we know what type of storm or what type of weather emergency we are going to receive in the city, we’ll immediately identify it and indicate what level it is to kick in immediate responses throughout the entire city.”

The Democratic candidate for mayor gathered allies in low-lying Coney Island to unveil a blueprint that is his most comprehensive climate crisis plan to date. In part, it would:

But before Friday, environmental issues had next to no presence on his campaign platform, his “a greener city, a brighter future” plan brief and buried.

Adams said the ideas have always been there, just not the implementation.

While climate change wasn’t a focus of Adams’ primary campaign, working-class New Yorkers were. He held his event at a public housing complex for seniors still rebuilding after Hurricane Sandy.

The Republican nominee in the race for mayor similarly has added storm resiliency proposals to his platform in light of Henri and Ida’s impact.

While Adams’ plan offers 20 short-, mid- and long-term policies, Curtis Sliwa’s has four steps that include improving drainage and flood-proofing buildings. But curiously, his policy webpage makes no mention of climate change.

“I think there’s no doubt that the earth is warming up,” he said. “It’s having ramifications with the Gulf Stream. What used to be consistent in one area is changing, and it’s leading to violent weather situations from time to time. Anybody who’d be in denial of that is just not dealing with reality.”