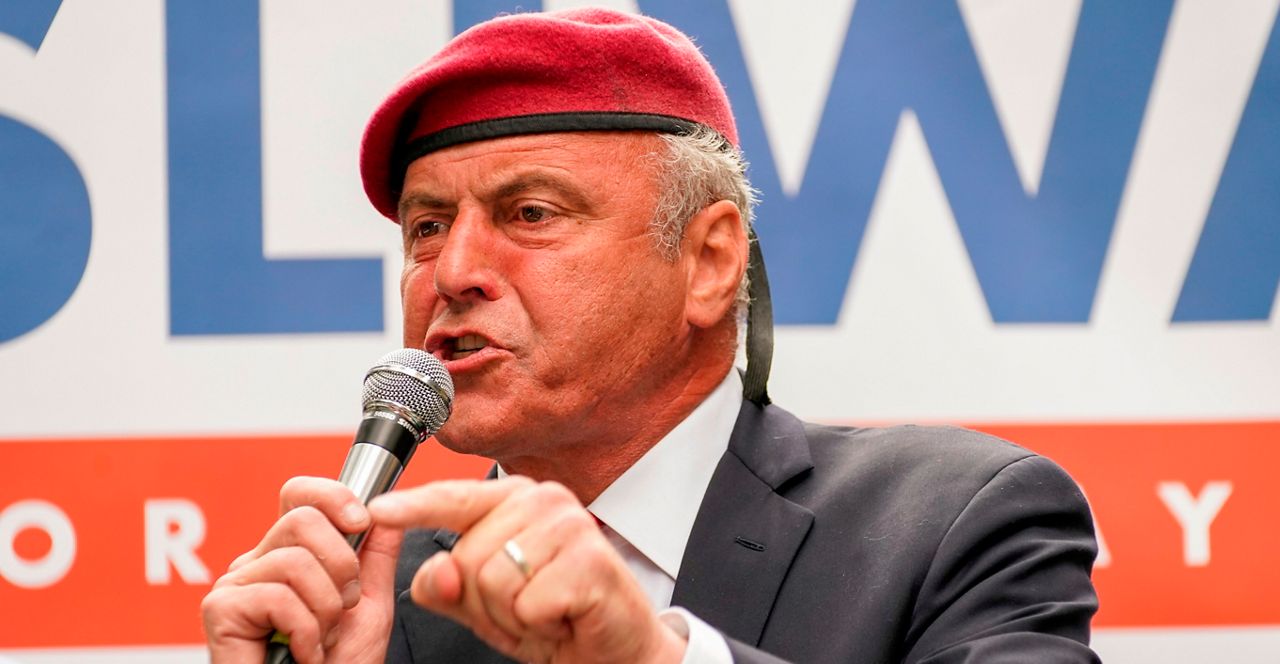 Sliwa was referring to Adams' return to Brooklyn Borough Hall Thursday to assume duties as borough president. Adams spoke confidently with reporters about his potential as mayor but did acknowledge there are still votes to be counted.

“I’m not counting my chickens. I am just having fun and enjoying the moment,” Adams had said.

Sliwa also hit Adams on “Mornings On 1” Friday for past attacks.

“He was so eager to call me a one-trick pony that I have only one issue — public safety,” Sliwa said. “And then right out of the box, never having spoken of this before, he said, ‘yeah, like Curtis Sliwa I’m for no-kill shelters.’ Well that makes two issues that obviously, I represent. He’s pimping my ride.”

Sliwa also had harsh words for the most progressive wing of the Democratic Party.

“Bring it on Demo-socialists of America and AOC, I’m ready to stomp you from destroying this city like Bill de Blasio has single-handedly over eight years—oh yeah, Eric Adams’ friend,” he said.

Sliwa also made firm his belief that elected officials shouldn’t have police detail, and that officers should be patrolling the streets.